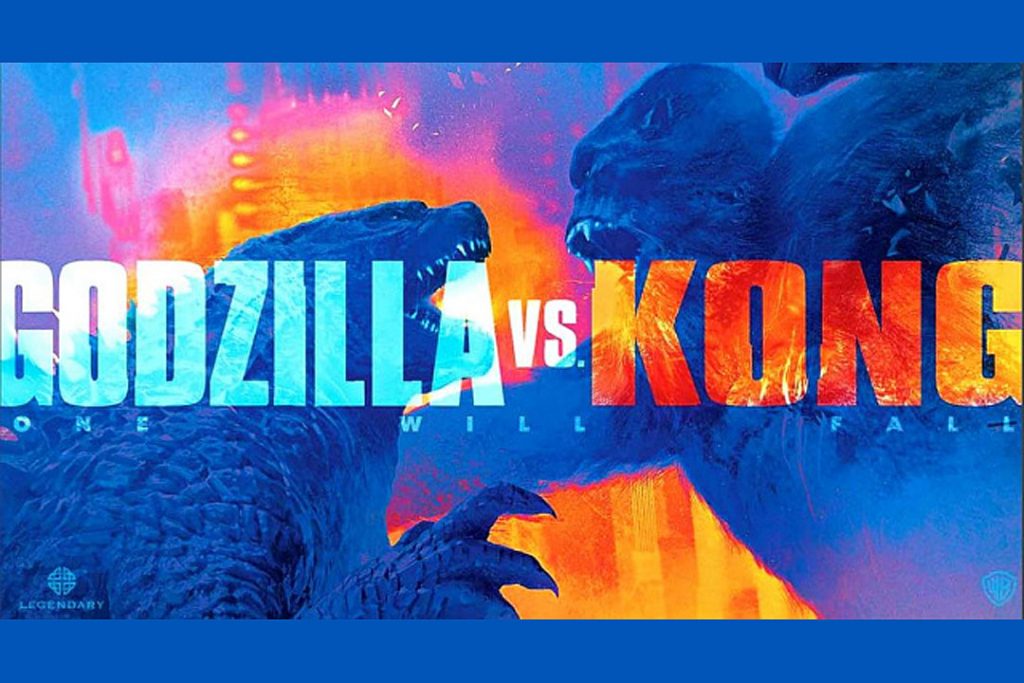 Godzilla vs. Kong will now arrive in theaters and HBO Max on March 26. The movie’s first trailer — featuring the two giant-monster legends — can be seen below.

The clip previews the looming showdown between the two creatures. “We need Kong. The world needs him to stop what’s coming,” intones geologist Nathan Lind (Alexander Skarsgård), as we learn that Godzilla is “hurting people” for mysterious reasons. It also teases an epic fight scene between the titular characters.

The Adam Wingard-directed movie was originally scheduled for release in the spring of 2020, but it was twice pushed back — first to November 2020 and then to May 2021 — because of the ongoing coronavirus pandemic. However, Warner Bros.’ plan to put all their upcoming movies on the streaming service allowed them to move the date up two months. Deadline suggests the decision was made in part to appeal to the Asian markets that have opened up.

This is the second time the two monsters have appeared onscreen together. The first, 1962’s King Kong vs. Godzilla, followed Kong as he’s shipped off his native island to put a stop to a rampaging Godzilla in Japan. They eventually battle and tumble into the Pacific Ocean, from which only Kong surfaces.

The modern versions of Godzilla and King Kong are part of the MonsterVerse, which – like the Marvel Cinematic Universe – envisions a world where characters exist and interact. The series was launched in 2014 with Godzilla; three years later, Kong, who made his first onscreen appearance in 1933, showed up in Kong: Skull Island.

Godzilla: King of the Monsters arrived in 2019 and featured appearances by other famous giant monsters, including Mothra and Rodan, who were introduced in a series of movies by Japan’s Toho company starting with the original Godzilla in 1954.