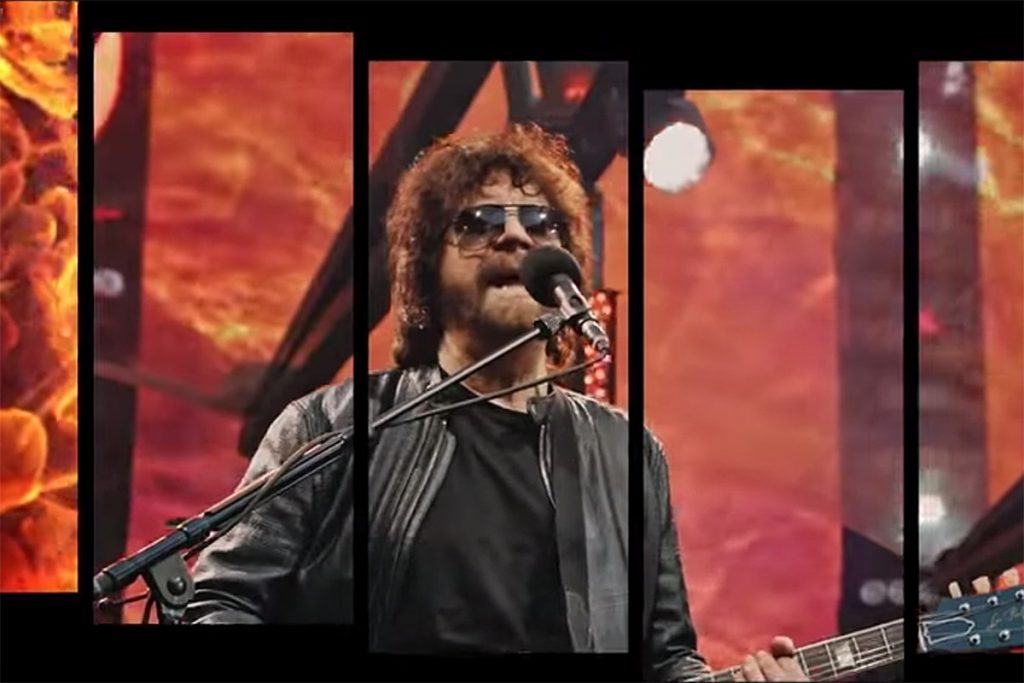 Jeff Lynne’s ELO have released a video for the new song “Time of Our Life.”

It appears on their upcoming album From Out of Nowhere, which will be released on Nov. 1.

“Jeff Lynne’s ELO, whose music has touched fans deeply across three generations now, has found himself in recent years at the peak of his powers as a songwriter, musician and producer,” Columbia Records said in a statement. “This new collection features a buoyant title song which opens the 10-track record including the wistful ‘Help Yourself’ to the celebratory ‘Down Came the Rain’ to the churning rocker ‘One More Time’ to the sweet closer, ‘Songbird.’”

The label added that From Out of Nowhere compared to the band’s 2015 LP, Alone in the Universe, in that it “shows Lynne finding new facets to his signature sound, at once drawing on his globally loved legacy and forging new paths in both sounds and emotions.”

“Once again, he plays nearly every note of the music on guitars, bass, piano, drums, keyboards and vibes, as well as singing all of the lead and layered harmony vocals,” Columbia noted. “Steve Jay, who also engineered the album, adds some percussion.”

When he announced the new LP last month, Lynne said that it explored the theme of salvation. “Everybody’s got to have a bit of hope,” he said.