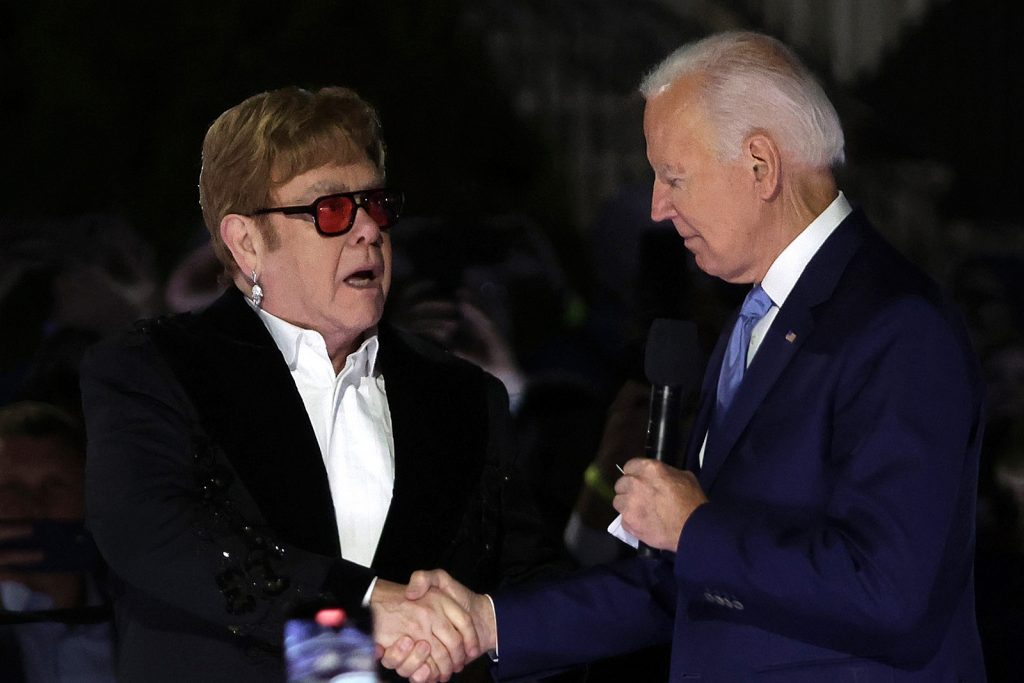 Elton John was reduced to tears after being presented with an unexpected honor by U.S. President Joe Biden last night (Sept. 23).

He hadn’t been told in advance about being given a National Humanities Medal for his work on the AIDS epidemic in the ‘90s. The presentation took place after he’d performed outside the White House, Variety reported.

“Tonight is my great honor, and I mean this sincerely, to present the National Humanities Medal to Sir Elton John,” Biden told the audience at the A Night When Hope and History Rhyme show, organized by the A+E Networks and The History Channel. On hearing what had been said, John looked surprised then began to cry, and took First Lady Jill Biden’s hand. A TV news report can be seen below.

The citation read: “The President of the United States awards this National Humanities Medal to Sir Elton John for moving our souls with his powerful voice, and one of the defining songbooks of all time. An enduring icon and advocate with absolute courage, who found purpose to challenge convention, shatter stigma and advance a simple truth: that everyone deserves to be treated with dignity and respect.”

After the President laid the medal round John’s neck and hugs were exchanged, Biden laughed: “I think we surprised him!” John himself commented: “I just said to the First Lady, ‘I’m never flabbergasted, but I’m flabbergasted – and humbled and honored.”

He told the crowd about having launched the Elton John AIDS Foundation in 1991, and repeated his aim of eradicating the disease by 2030, stating: “We can do it – and we will.” He told former First Lady Barbara Bush, whose husband George W. Bush wasn’t present: “We would have never gotten as far without President Bush. Please tell him for me, give him a big hug. I just wish America could be more bipartisan on everything.”

The National Humanities Medal is awarded to those whose work “deepens the nation’s understanding of the humanities, broadened our citizens’ engagement with the humanities, or helped preserve and expand Americans’ access to important resources in the humanities.”

Counting down every Elton John album, from worst to best.