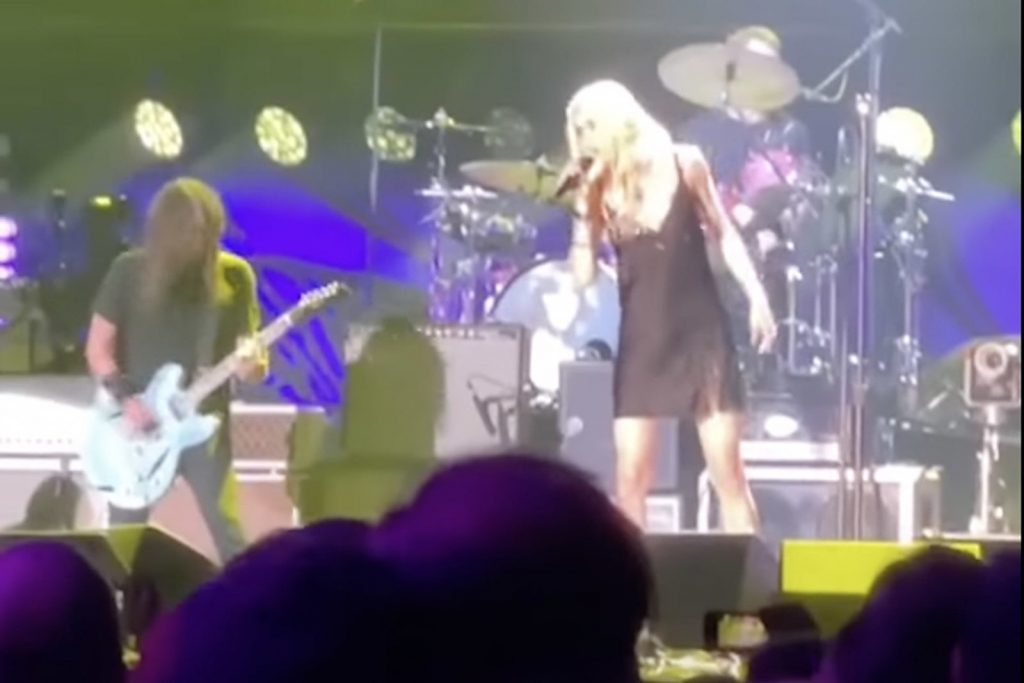 They were joined by Foo Fighters‘ Dave Grohl and Pat Smear, Nirvana co-founder Krist Novoselic and the Pretty Reckless singer Taylor Momsen for two songs, both from 1994’s Superunknown: “The Day I Tried to Live” and “Black Hole Sun.”

You can view fan-filmed footage of the performance below.

Momsen has performed with Thayil and Cameron before, including the 2019 tribute concert for Soundgarden singer Chris Cornell. (Hawkins was also at this show, performing “The Day I Tried to Live.”) Thayil and Cameron also appear as guest performers on the Pretty Reckless’ most recent album, 2021’s Death by Rock and Roll.

Earlier this year, Thayil joined the Pretty Reckless onstage at one of their concerts in Seattle, where they performed “Only Love Can Save Me Now” from Death by Rock and Roll and a cover of Soundgarden’s 1989 song “Loud Love.”

“I’m having trouble processing this,” Momsen wrote on social media following the news of Hawkins’ death in March 2022. “All I can say is my deepest love to his family and friends and everyone around the world who his music touched, this is an unbelievable loss.”

Watch Taylor Momsen Perform ‘The Day I Tried to Live’ With Members of Soundgarden, Foo Fighters and Nirvana