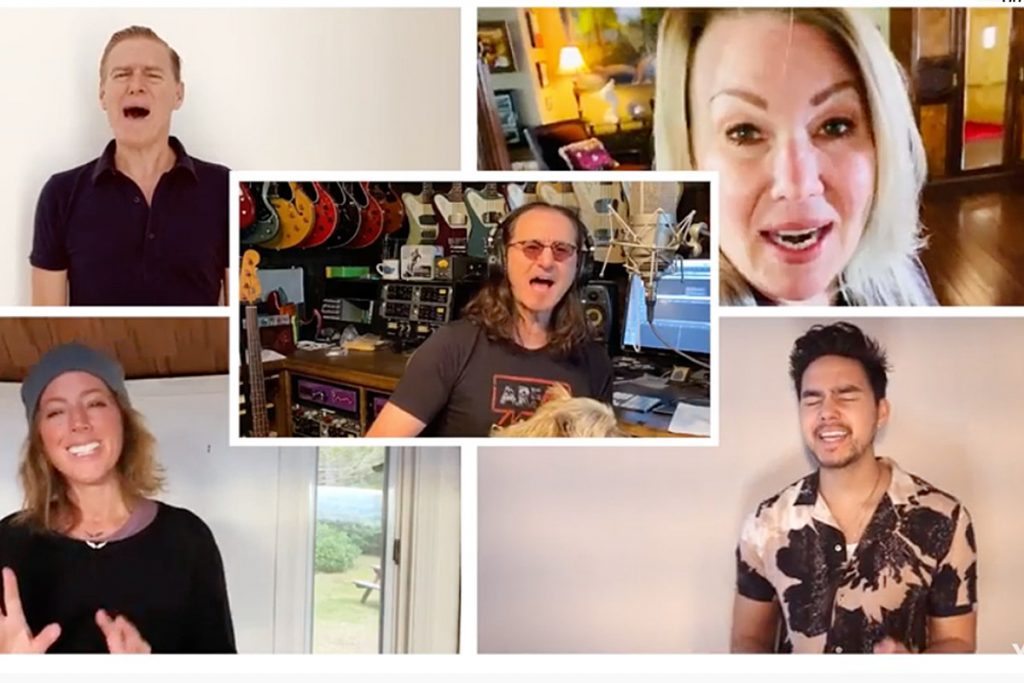 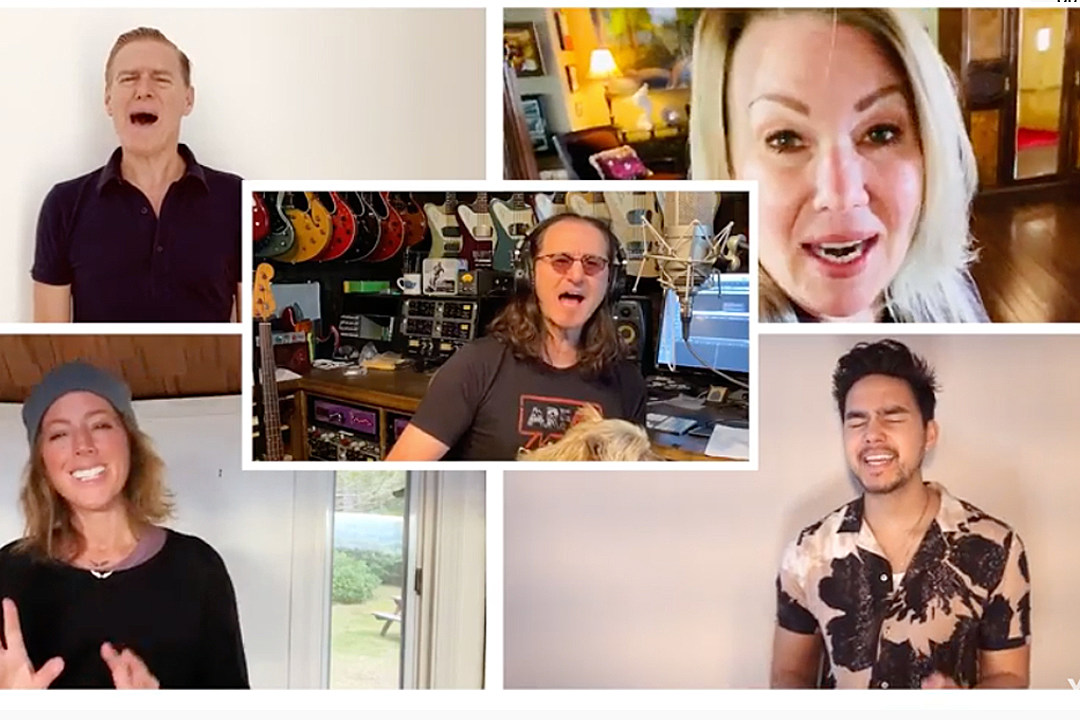 Bryan Adams and Rush‘s Geddy Lee are among the dozens of Canadian artists singing “Lean on Me” in a new benefit video.

The new star-studded rendition of the Bill Withers classic, which you can see below, is part of the ArtistsCan campaign to raise money for those affected by the health and economic problems caused by the Coronavirus pandemic.

The duo, along with Robbie Robertson and former Guess Who singer Burton Cummings are participating in the organization’s Stronger Together, Tous Ensemble broadcast tonight. All of the money raised from the show will be donated to the Canadian Emergencies and COVID-19 Response Fund. You can donate via their website or by texting LEANONME to 20222.

In addition to the fact that the song’s lyric is absolutely perfect for any occasion where people join forces to help others, the use of “Lean on Me” serves as a timely tribute to Withers. The beloved singer died at age 81 earlier this month after a battle with heart issues.

Although done from the safety of social isolation, Lee’s appearance marks his first public performance since the January death of his longtime bandmate, drummer Neil Peart. Two weeks after the sad news broke, Lee and guitarist Alex Lifeson thanked their fans and peers for the widespread displays of love that followed Peart’s passing. “Our most heartfelt thanks go out to family, friends, musicians, writers and fans from around the globe for the incredible outpouring of love and respect for Neil since his passing,” they wrote in a pair of tweets. “These touching tributes help to lessen the pain of this terrible loss and remind us all to celebrate his remarkable life and our connections to it.”