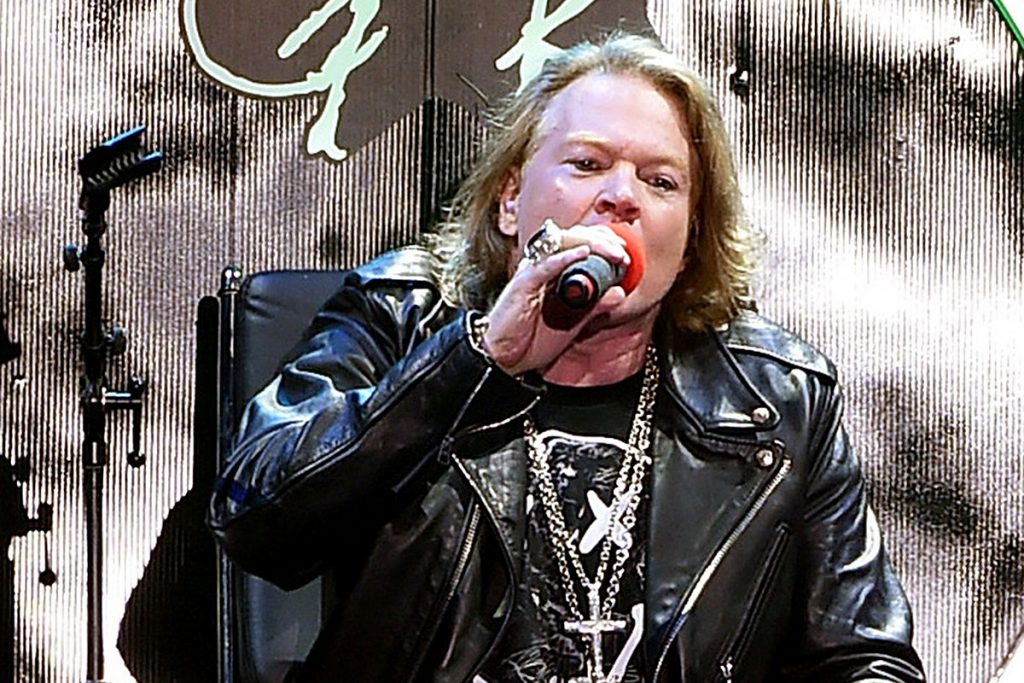 According to Setlist, the band hadn’t played the hard-rock cut since April 12, 2014. Slash and McKagan last played the song with Guns N’ Roses during the Jan. 17, 1993, show at the Estadio River Plate in Buenos Aires, the final night of their Use Your Illusion tour. (They exited the group before the next show.)

As Rolling Stone reports, Guns N’ Roses have now played every Appetite for Destruction song on this tour except for “Think About You” (which they haven’t played since 2006) and “Anything Goes” (since 1988).

The Super Bowl Music Fest show, which featured Snoop Dogg as opener, also included an emotional version of GNR’s Bob Dylan cover “Knockin’ on Heaven’s Door.” Axl Rose dedicated the song to the late Kobe Bryant, who died days earlier — along with the basketball star’s daughter Gianna and seven others — in a helicopter crash. Before playing the song, the frontman described witnessing smoke from the crash, including what looked like “a fog bank, like a thundercloud over the trees.”

Guns N’ Roses will continue their long-running “Not in This Lifetime Tour” with March and April dates in Latin America, a May and June leg in Europe and a newly announced North American stadium run this summer.