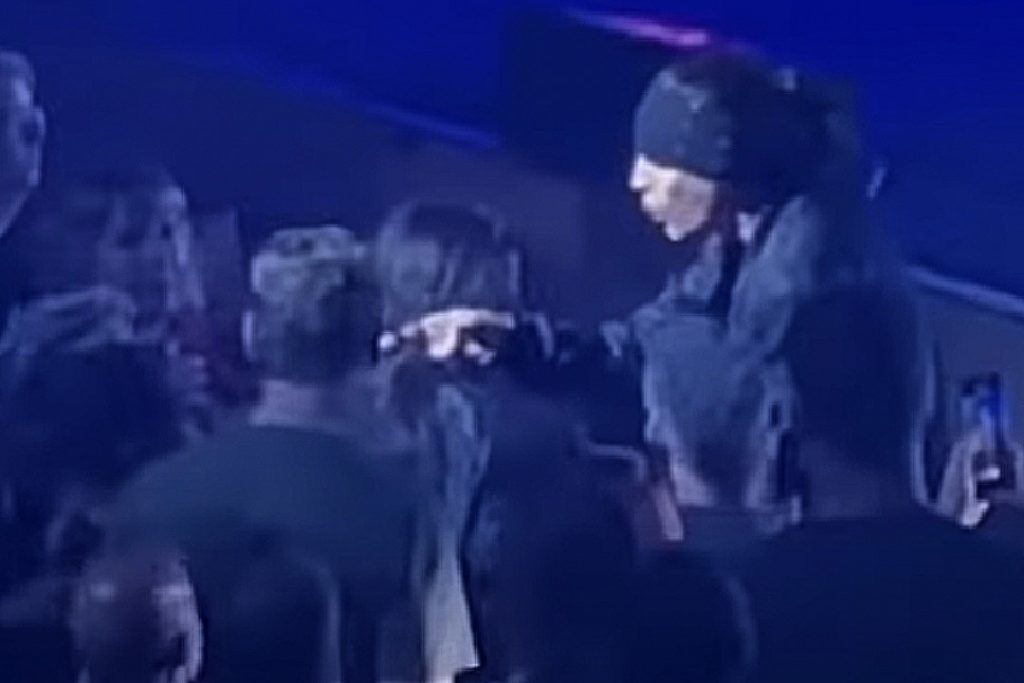 Ian Astbury jumped off the stage to stop a fight during a Cult show earlier this week, video shows.

In the clip, the singer is seen dropping his mic while singing “Rain,” then approaching the front row of the audience and pointing and shouting at a man. While the band plays on, he hugs another man who was apparently the victim of the violence. After finishing the song, he’s heard admonishing the aggressor.

“Brother, never ever put a chokehold on somebody,” Astbury says. “It’s not fucking cool. That’s what the pig does! We don’t want to see that.” Seemingly addressing somebody else, he continues: “And stop fucking crying – it’s a rock show! You don’t like it, go stand at the back. You’re tall. You’re bigger than everybody.” In response to something the person says, presumably about the violent incident, Astbury adds: “I know, but you’re standing at the front of a rock show, what do you think? He’s gone. So we can forget about him. He’s gone, OK?”

The show resumes with the classic cut “She Sells Sanctuary,” and the 13-song concert at the Anthem venue in Washington, D.C., ends after one more number.

In a 2013 interview, Astbury told Glide that he hoped humanity was gradually moving away from an inherently violent approach to existence. “It’s a societal concept that happened at a very basic level that many individuals adhere to and will defend with their lives if they have to,” he said. “What is the point of doing anything? Other than perpetuation of an organism. I mean, essentially, it’s animalistic. … It’s always been this way. We’ve always fought for breeding rights, we’ve always fought for food, we’ve always fought for water and shelter.”