Watch John Frusciante and Dave Navarro Play on Stage Together 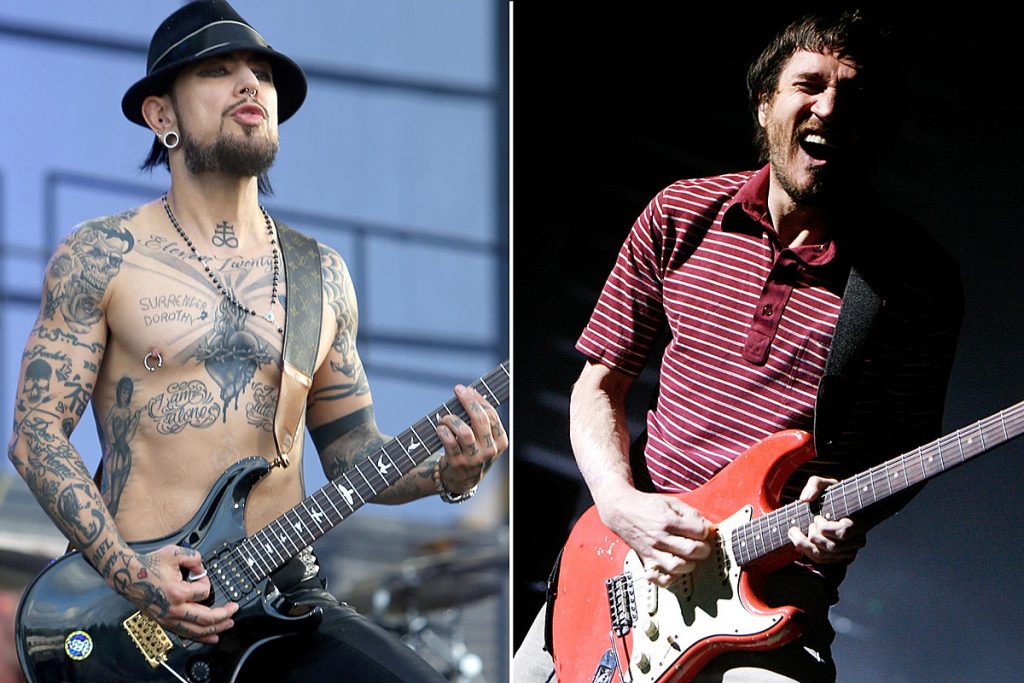 It’s the first time both guitarists had been seen on stage with the band, who fired Navarro in 1998. The open-air show was a memorial for Andrew Burkle, the son of billionaire Ronald Burkle, who died last month. Anthony Kiedis and Flea of the Chili Peppers appeared alongside Navarro and his Jane’s Addiction bandmate Stephen Perkins. Afterwards, Navarro posted a picture of himself playing with Frusciante, commenting: “absolute magic.”

You can watch clips from the performance below:

The Chili Peppers revealed last month that they’d reunited with Frusciante 10 years after he’d left, and they’d split with his replacement Josh Klinghoffer as a result. Drummer Chad Smith confirmed that they were writing new material with the returned member, leading Klinghoffer to express regret that the music he’d written with him had almost certainly been scrapped in its entirety.

“I’m Zen in the fact that at the end of the day, I respect any of their decisions and I’m happy for them and I’m glad that they’re playing together and doing what they’re doing,” Klinghoffer said, adding: “There’s a part of me that wanted them to sound like they sounded in 1986 maybe with two or three beautiful ballads on a record, but basically I was always trying to get them to sound like The Uplift Mofo Party Plan tour. That’s my one regret… in some way, it’s like the records that we made during my tenure in the band were my responsibility and it’s … I don’t necessarily know how much I had to do with it.”