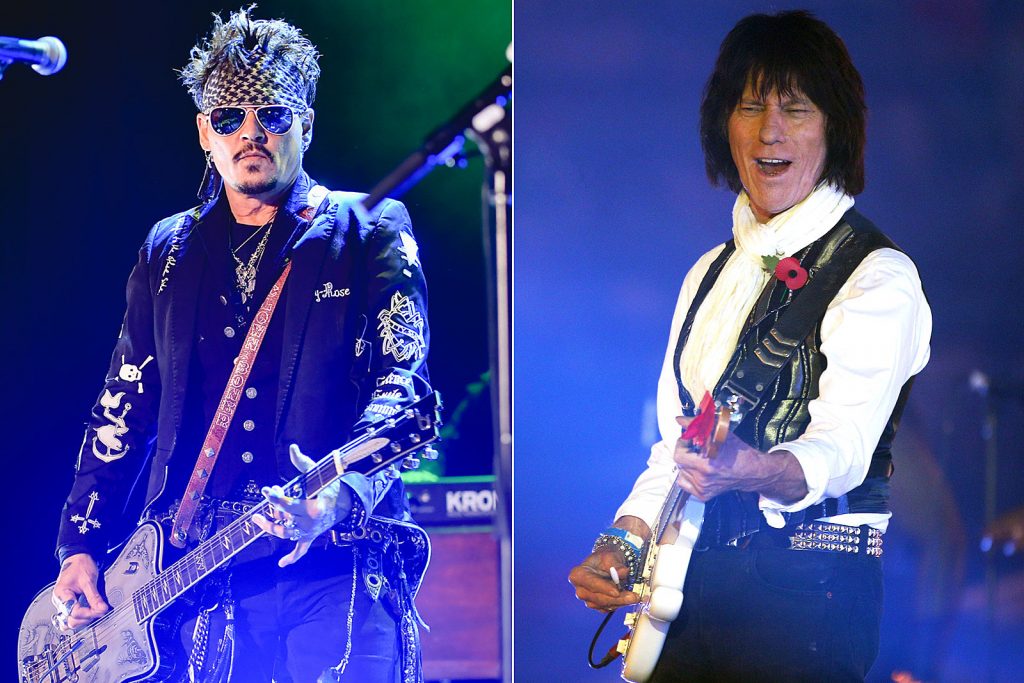 Johnny Depp made an unannounced appearance alongside Jeff Beck during the guitar icon’s show in Sheffield, England last night (May 29).

The actor and Hollywood Vampires member performed “Isolation” – a John Lennon track which he and Beck covered in 2020 – along with the pair’s track “Hedy Lamarr,” Marvin Gaye’s “What’s Going On” and Jimi Hendrix’s “Little Wing.” Video clips of the four performances can be seen below.

When they launched “Isolation” as their first collaborative release, Depp and Back described themselves as “musical soulmates,” while Beck reported: “Johnny and I have been working on music together for a while now… You’ll be hearing more from Johnny and me in a little while.”

Depp, who initially planned to be a musician before he found success in acting, joined Alice Cooper and Joe Perry in the Hollywood Vampires in 2012. Four years later, Cooper said Depp was a “killer” player and revealed: “There’s a movie called Chocolat and he plays this gypsy guitar player. He does all this Django Reinhardt stuff – and it’s really him. It’s not somebody playing for him. Joe Perry heard that, and he called up and said, ‘Can I get guitar lessons from you?’ So that’s how good Johnny is.”

The reunion with Beck is likely to have come as a welcome distraction for Depp, who’s been locked in a high-profile court case with ex-wife Amber Heard regarding alleged abusive behavior. With both parties having delivered grueling evidence during the televised proceedings, a verdict is expected in the near future.