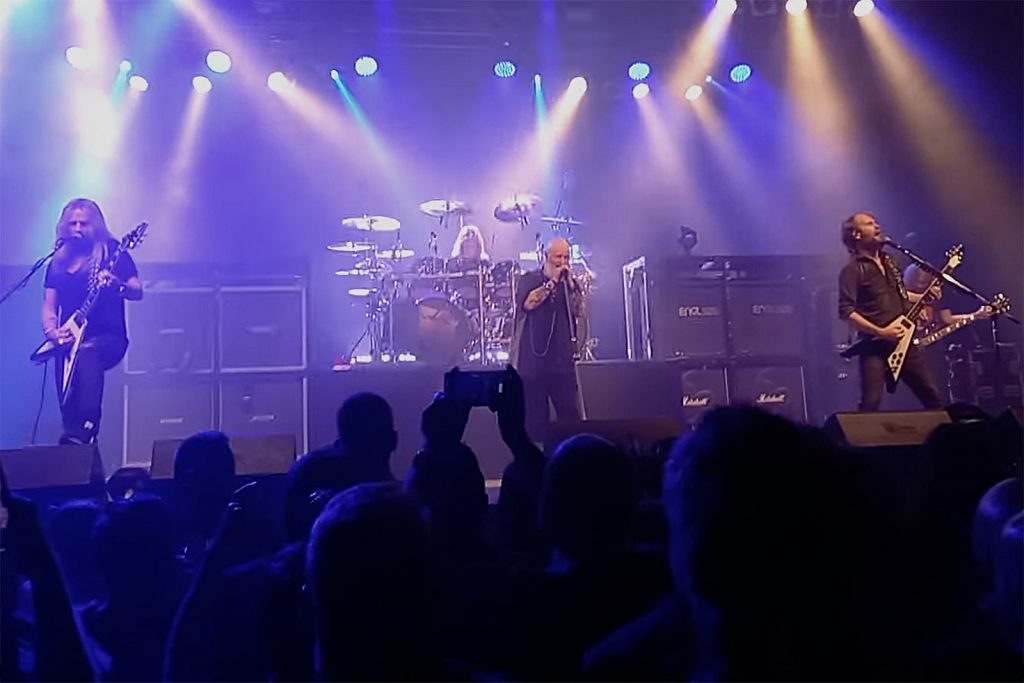 Judas Priest opened their latest European tour with a club show where they performed without their trademark leather-and-studs outfits – something they haven’t done since developing the look in 1978.

A full house of 1,600 fans watched as the British heavy metal vets delivered a 19-song set at Huxley’s Neue Welt in Berlin without using their stage dressing or an opening act.

You can see videos from the show below.

Afterward, guitarist Richie Faulkner shared his delight about the experience, saying: “Last night in Berlin was glorious and something I’ve never done with the band before. No leather, no studs. No screens, no motorbike. No massive light show or inflatable Birmingham bull. Exposed speakers, just jeans, T-shirts, a small club and it was all purely about the music. All of us together and the raw power of the music.”

He added that “it was truly a great experience and one I’d love to do again sometime. It’s great when you strip it all back to what it’s all about, the music and the people of our great heavy metal community. Thank you all for making it such a special night.”

Priest introduced the stage costumes when they released their fifth album Hell Bent for Leather (known as Killing Machine outside the U.S.). In his 2018 memoir Heavy Duty, former guitarist K.K. Downing revealed he was never “really sure” about the band’s flashy image. “On reflection, I think Judas Priest had a bit of an identity crisis from the beginning,” he said.

“There was always a bit of a question mark about the band’s look. To me, it never seemed to say anything – and in the earliest days of our career, I suppose I actually saw that as a good thing.”

Watch Judas Priest Perform ‘One Shot at Glory’ in June 2022

Watch Judas Priest Perform ‘A Touch of Evil’ in June 2022