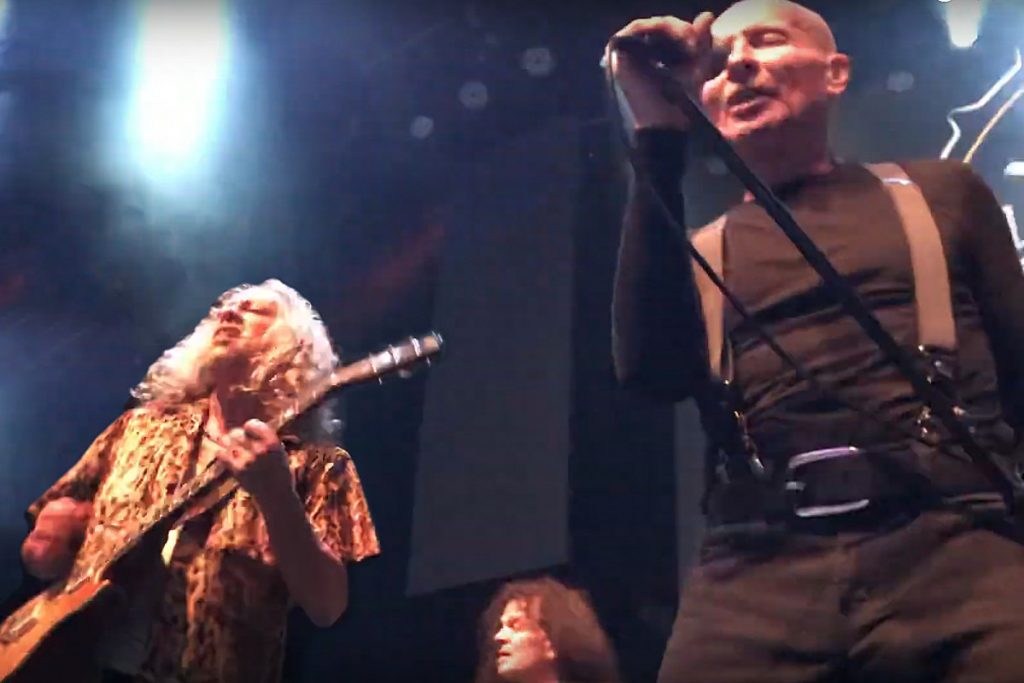 He played “Doctor Doctor” and “Shoot Shoot” with the British band, who are currently on their farewell tour after a 50-year career.

You can watch the performance below:

Hammett and Schenker jammed together for the first time on the set of That Metal Show in 2015, where Hammett was clearly starstruck and made no attempt to hide it, admitting that he’d been in “fanboy/hero worship mode.” In 2013 he recalled listening to the UFO track “Mother Mary” for the first time, saying: “I was just blown away by Michael Schenker’s tone, phrasing and technique. By the time the second solo came on with the fastest descending lick I’d ever heard, I was totally hooked.” He went on to contribute a solo to Schenker’s 2018 album Resurrection.

The American leg of UFO’s final tour ends on Nov. 2. “This decision has been a long time coming,” frontman Phil Mogg said when the dates were announced. “I’ve considered stepping down at the end of UFO’s previous tours… Being out on the road isn’t always tremendously luxurious and although the playing is as great as it ever was, the stuff that surrounds it becomes very tiresome. I always told myself that when I reached that stage I would step down, and that’s what I’m going to do. This is the right time for me to quit.”