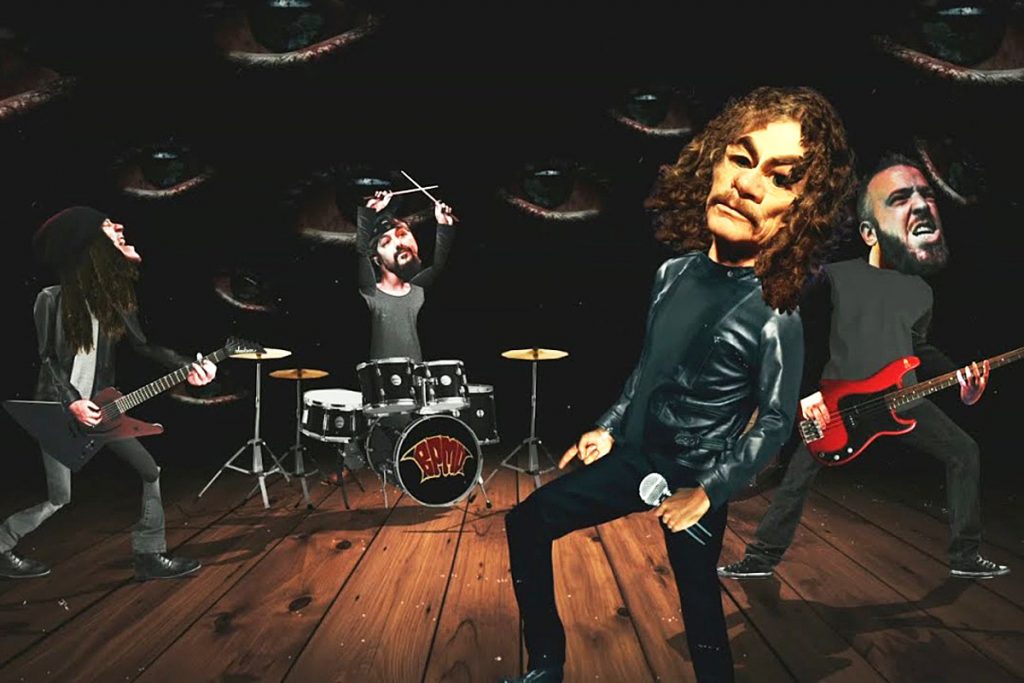 The track appears on their upcoming debut album, American Made, a set of covers that arrives on June 12.

You can see the LP’s track listing and watch the new video below.

“I remember way back when Overkill formed, we were cutting our teeth on covers as I was finding my way around the mic,” Blitz said in a statement. “The Aerosmith covers were right in my wheelhouse, so when Mike picked ‘Toys’ to cover, I was, like, hell yeah.”

“It was tricky because Aerosmith have two guitarists, Joe Perry and Brad Whitford, playing different things,” Demmel added. “So, as one guitar player, I had to pick a medium place between the two that sounded good. I thrashed it up a little by adding a lot of down picking and some gallops and triplets.”

Napalm Records noted that “the band’s main concern is to have a damn good time.” “With 10 unforgettable rock classics that have been reinterpreted in metal garb, American Made is the purest party,” the label said. “Tracks such as the mangy ‘Toys in the Attic’ and the roaring ‘Beer Drinkers & Hell Raisers’ [originally by ZZ Top] prove that BPMD not only capture the essence of every original track on the album, but also … the songs transform into metal anthems of a new era.”