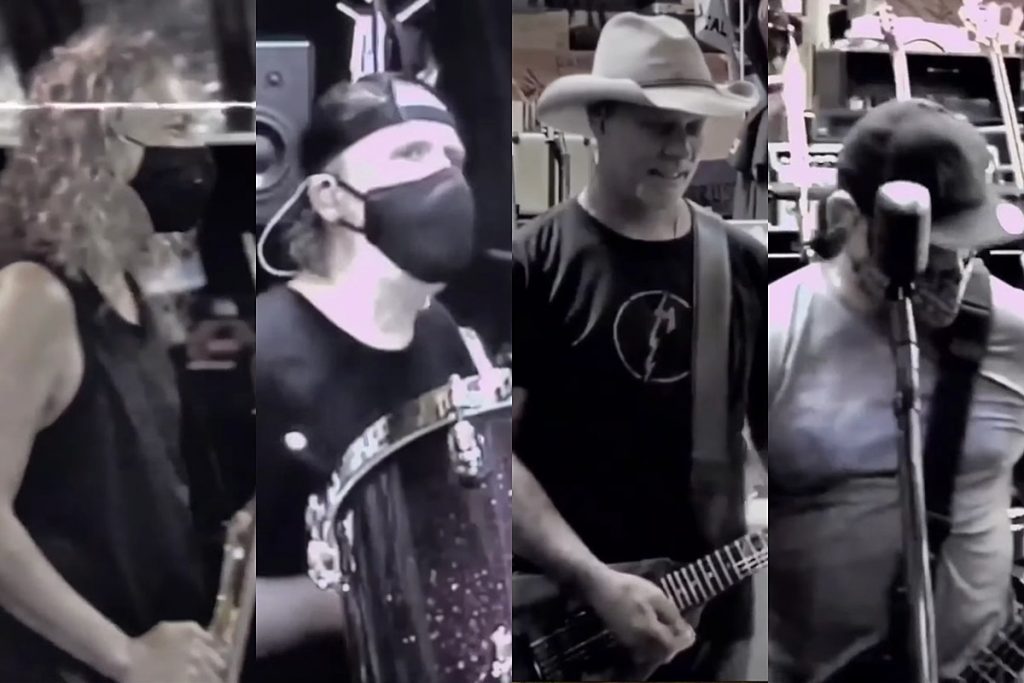 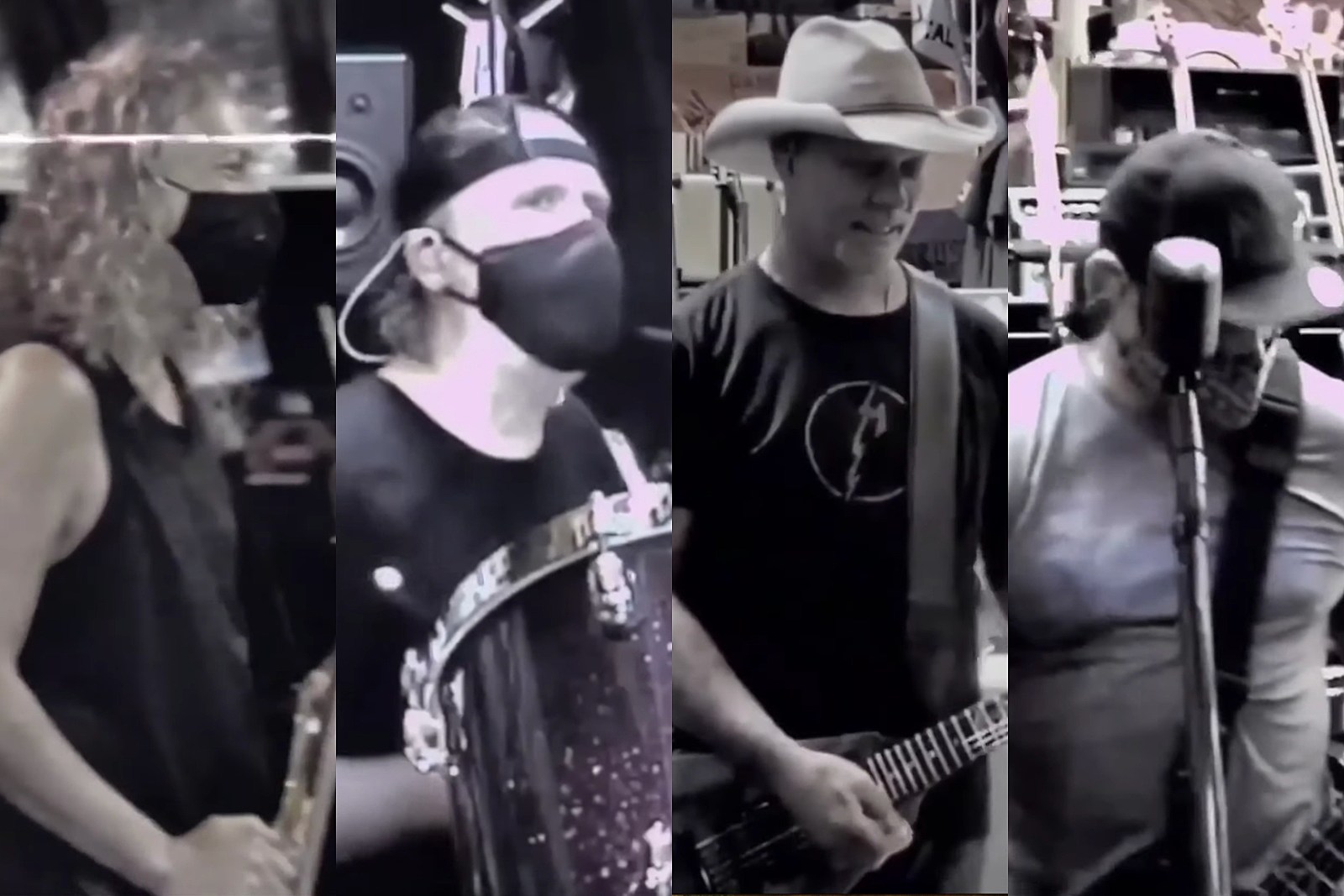 Metallica run through the intro of “Creeping Death” in a new Instagram video, showing all four members — James Hetfield, Kirk Hammett, Lars Ulrich and Robert Trujillo — together in the same space.

The clip, which shows Hammett, Ulrich and Trujillo in face masks, appears to be set at the band’s headquarters in San Rafael, Calif. It’s unclear if the group is rehearsing or taking part in a particular project.

Fans previously saw Metallica in a socially distanced format, recording a new lockdown version of their 1988 track “Blackened.” Ulrich recently said the quartet is staying productive during the pandemic, connecting for weekly Zoom meetings and bouncing around the idea of a quarantine album.

“The people that make all the software and all the stuff that we use to record are sitting right now trying to figure out how Lars and James and Kirk and Rob can make a Metallica record from four different locations from four different states,” he told Salesforce CEO Marc Benioff in April. “That’s obviously something that we’re circling and we’re very excited about.”

Like virtually every other touring act, Metallica were forced to cancel and postpone their 2020 live shows due to COVID-19. But the band’s schedule still includes the release of their S&M2 project, which documents their two dates last year with the San Francisco Symphony. The set is out Aug. 28 in multiple formats, including a deluxe box set that features vinyl, CD and Blu-Ray, among other extras.

And until their next studio album arrives, fans can satisfy their cravings with a Metallica tune that was crafted with artificial intelligence.