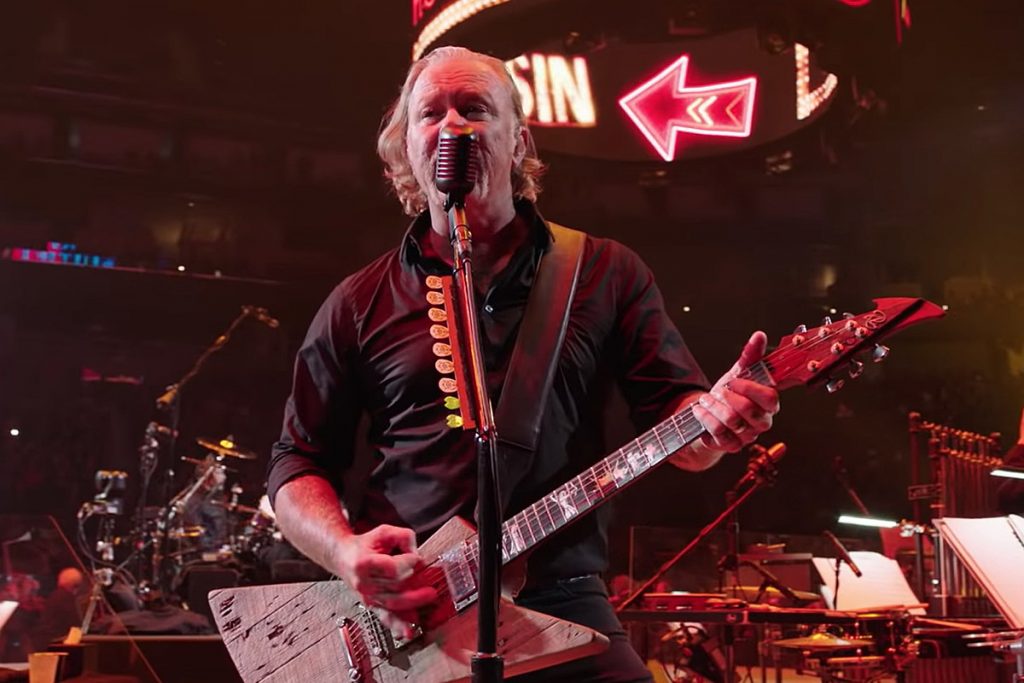 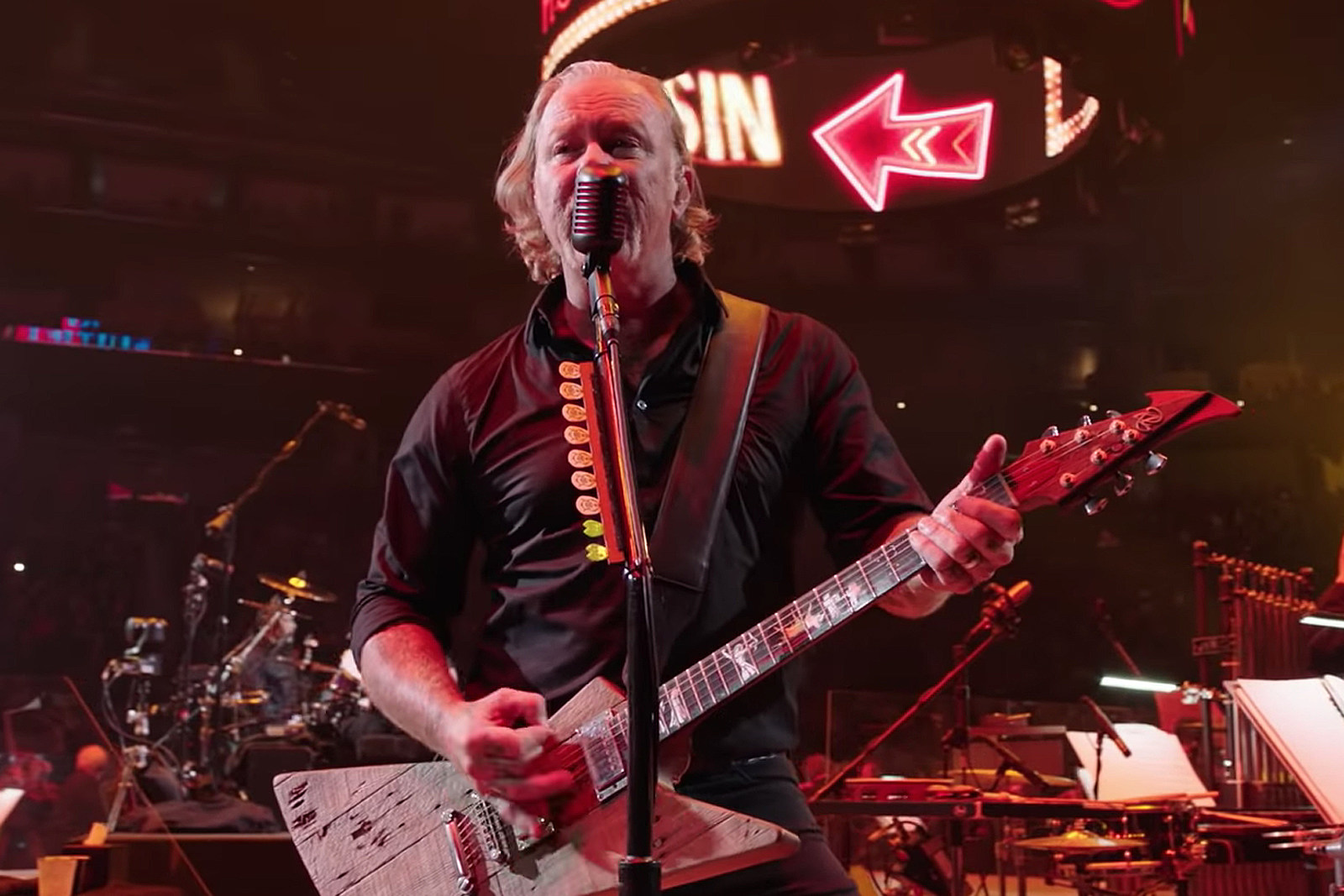 Metallica have released a video for “Moth Into Flame” from their upcoming live album Metallica and San Francisco Symphony: S&M2. You can watch the clip below.

The song first appeared on 2016’s Hardwired … to Self-Destruct and received a high-profile slot at the Grammys the next year when Lady Gaga joined the band onstage. But the performance didn’t go as planned after someone accidentally unplugged James Hetfield‘s microphone just before Metallica went onstage. The two singers wound up sharing a mic for much of the performance. The problem was fixed near the end of the song, but Hetfield was nonetheless angry about the mishap. He knocked his mic stand down and reportedly threw his guitar backstage.

“We get offstage, we get back there, and I haven’t seen [Hetfield] like that in 20 years,” drummer Lars Ulrich later said. “I mean, he was livid. He’s aged really well and he’s a pretty chill guy, but the first five or 10 minutes in that dressing room was not a lot of fun.”

Longtime Grammy producer Ken Erlich publicly apologized to the band. “These kinds of things are horrible when they happen,” he said. “That’s one of the risks of live television.”

S&M2 combines the two shows Metallica and the San Francisco Symphony played in September 2019 at the Chase Center, a reprise of their critically and commercially acclaimed 1999 collaboration. The concert will be available in both audio and home-video formats, with Deluxe and Super Deluxe Editions that add artwork, sheet music and collectible guitar picks. All versions will be released on Aug. 28.