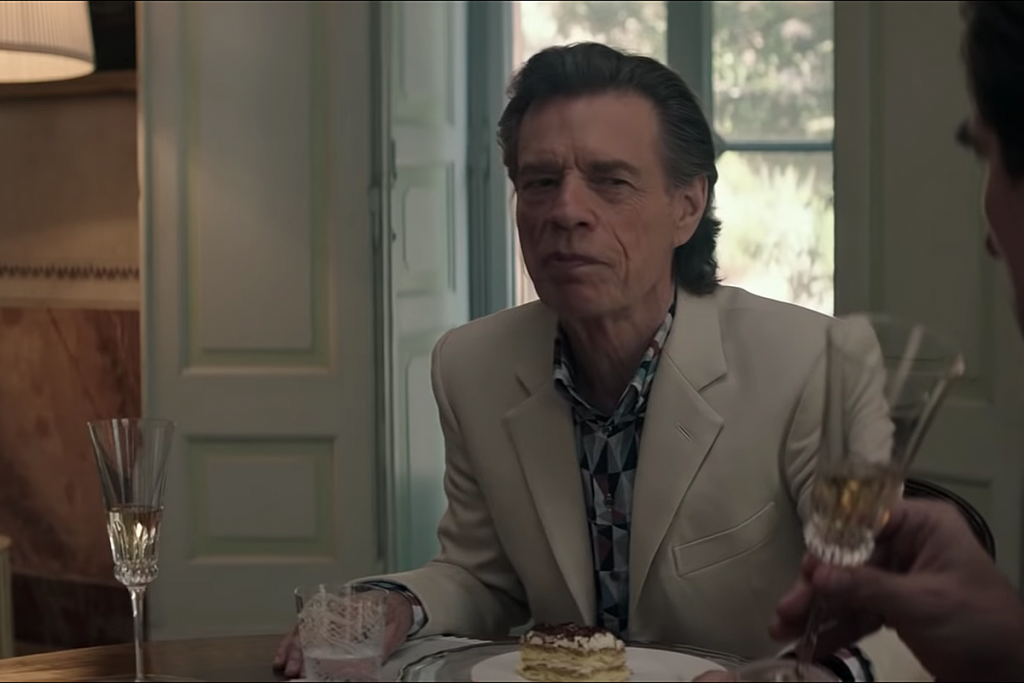 Sony Classics has released the trailer for The Burnt Orange Heresy, which features Mick Jagger in a supporting role alongside Claes Bang, Elizabeth Debicki and Donald Sutherland.

Based on Charles Willeford’s crime novel of the same name, The Burnt Orange Heresy centers around art critic James Figueras (Bang) and Berenice Hollis (Debicki), who are hosted by art collector Joseph Cassidy (Jagger) at his estate on Italy’s Lake Como. Cassidy convinces the couple to steal a painting by the reclusive artist Jerome Debney (Sutherland).

After having premiered at the Venice Film Festival last September, the film was also shown at the Toronto International Film Festival. It will open in Los Angeles and New York on March 6.

Shortly after the screenings, Director Giuseppe Capotondi revealed that it could be Jagger’s last-ever movie. “We heard that he was looking for a last film to make and so we sent the script,” he said. “He liked it and I went to London to see him. It was very unnerving before going in, but he’s just a gentle soul. He wanted to do it and then when he was on set, it was just like any other director and actor. He wasn’t Mick Jagger from the Rolling Stones. It’s working with the legend, but the good thing is that he doesn’t act like one.”

“Obviously, before he comes on set, you’re like, ‘Whoa, I might faint when I see him or something,’” Bang added. “But on the day, if I was sitting there thinking, ‘Whoa, this is Mick Jagger,’ I probably would forget my lines. It’s really about doing the job on the day. In that sense, he becomes your fellow actor on that day. That’s not to diminish anything. But that’s really important to me because otherwise I think I would go crazy.”