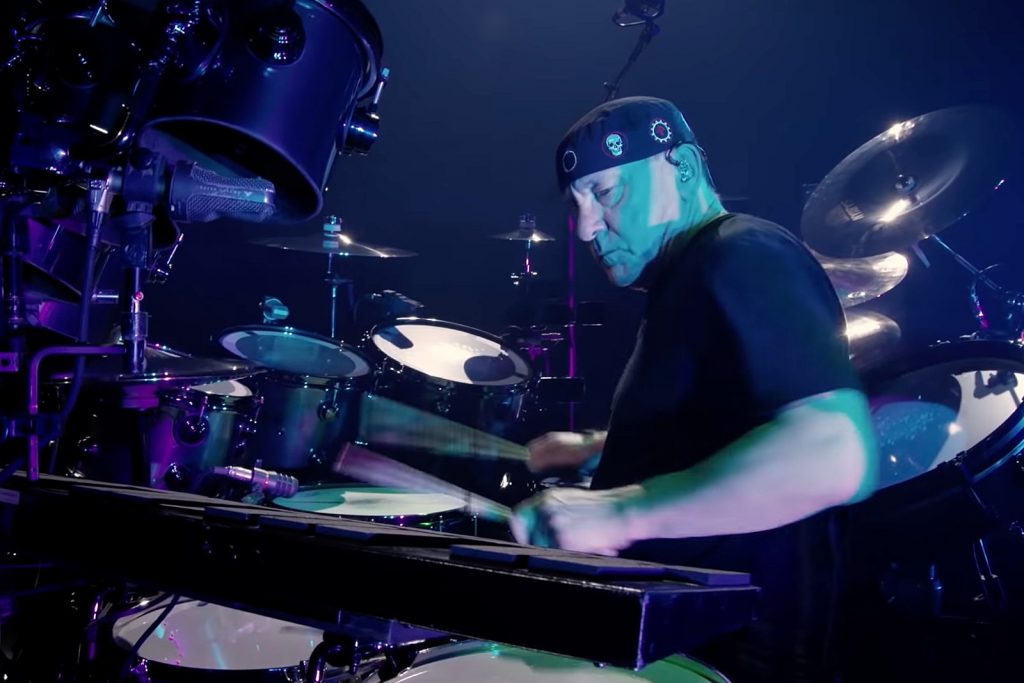 Rush will screen a director’s cut of their 2019 concert film, Cinema Strangiato, for a one-night-only event on Sept. 9.

The movie — which documents the band’s final tour, 2015’s R40 Live — features interviews with musician fans (including Smashing Pumpkins‘ Billy Corgan and Rage Against the Machine‘s Tom Morello), along with previously unseen backstage and soundcheck footage. The new cut will offer an adjusted set list, including previously unseen versions of “One Little Victory,” “Red Barchetta” and “Cygnus X-1” / “The Story So Far,” the latter presenting the final recorded drum solo of late drummer Neil Peart.

Rush previewed the project with a teaser featuring a portion of that solo. In the minute-long clip, Peart showcases his virtuosity with precise, jazzy snare rolls accentuated by sample-pad electronics and rolling tom flourishes.

Tickets for Cinema Strangiato in the U.S. and select countries go on sale Aug. 3, following on Sept. 1 for Canada. Full details, including participating theaters, are available at the film’s official site.

Lifeson later detailed an upcoming collaborative project called Envy of None and referenced an unrelated song featuring Morello and Metallica‘s Kirk Hammett. Despite the flurry of activity, Lifeson insisted to SiriusXM’s Eddie Trunk that “there’s no way Rush will ever exist again, because Neil’s not here to be part of it.”

A list of Rush live albums, ranked from worst to best.