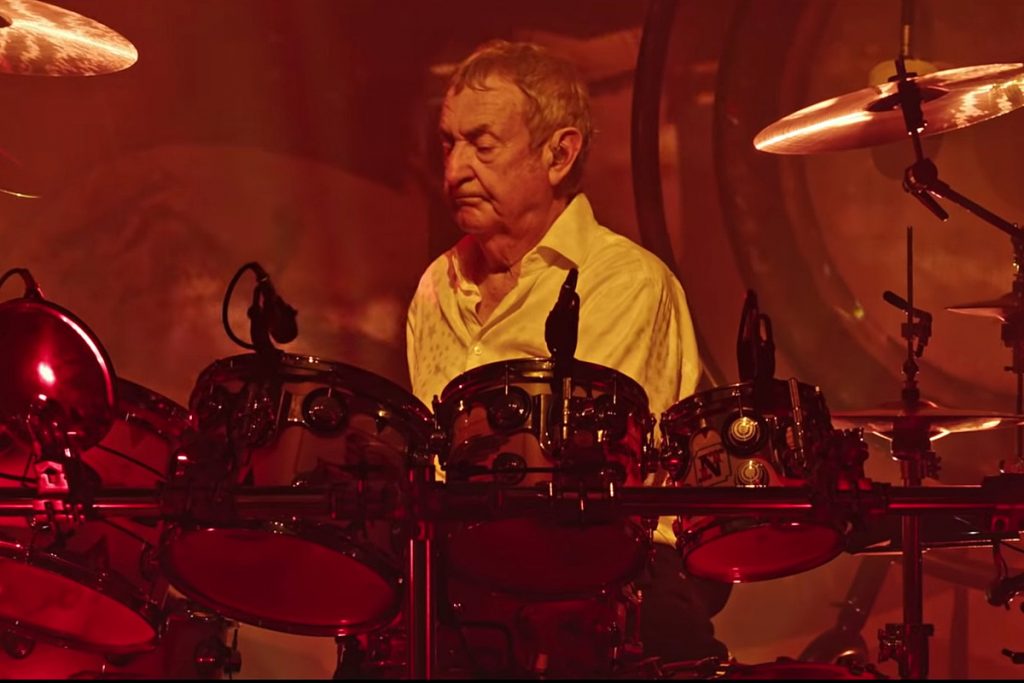 Nick Mason‘s Saucerful of Secrets recreate the psychedelic atmosphere of Pink Floyd‘s “Set for the Controls for the Heart of the Sun” in a shadowy live performance of the 1968 song.

The clip previews the band’s upcoming live concert film Live at the Roundhouse, which documents a pair of May 2019 shows at the London venue. After a one-night-only theater screening in select cities on March 10, the project will come out in both audio and visual formats on April 17.

Mason founded Saucerful of Secrets in 2018 as a touring project focused on Pink Floyd’s early, pre-The Dark Side of the Moon repertoire, including material that featured their original frontman and co-founder Syd Barrett.

Saucerful of Secrets recently announced their More Games for May tour, named after a 1967 Pink Floyd show at London’s Queen Elizabeth Hall. The trek launches April 23 in Guildford, England, the first date of a run in the U.K. and Europe; a North American leg, their second following one in 2019, is expected to be announced soon.