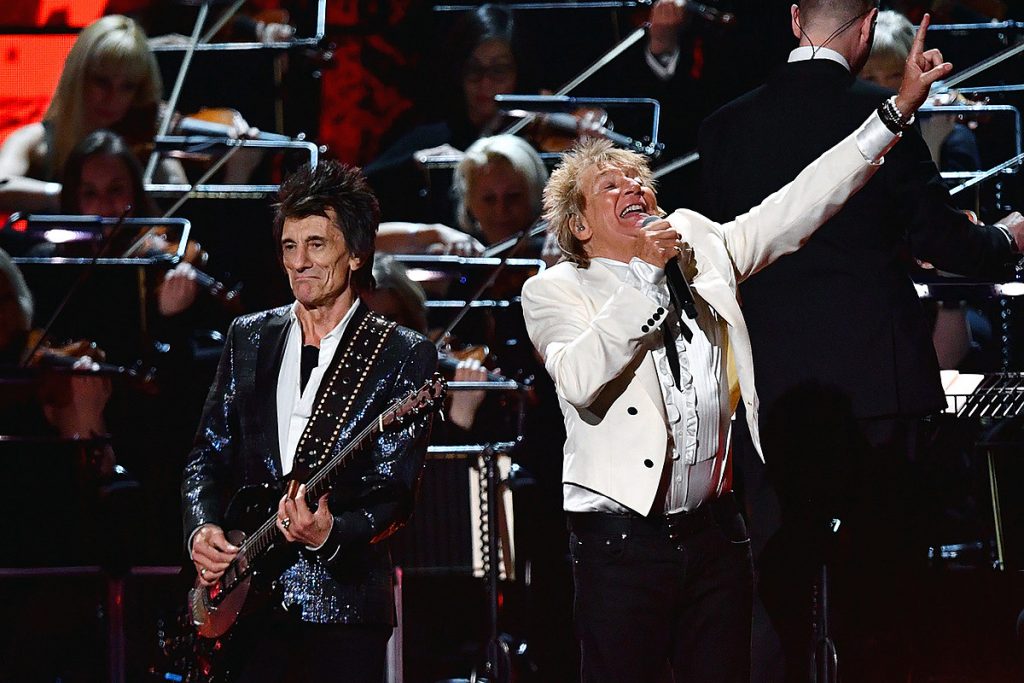 Rod Stewart, Ronnie Wood and Kenney Jones reunited as the surviving members of the Faces to close the show at last night’s Brit Awards in London.

The performance of their classic song “Stay With Me” came after Stewart delivered “I Don’t Want to Talk About It” with an orchestral backing.

“This show may be 40 years old, but the Faces are now 50 years old,” he told the audience. “There used to be five of us, there’s only three of us now, so let me bring out Ronnie Wood and Kenney Jones.”

Before the song began he joked, “This is the moment you’ve all been waiting for, folks: the end of the show!”

The Faces split in 1975. Bassist Ronnie Lane died in 1997; keyboardist Ian McLagan passed away in 2014. The band attempted a number of reunions over the years but, despite a handful of appearances, the closest they came was a 2010-11 tour that featured Simply Red frontman Mick Hucknall in place of Stewart.

The band’s induction into the Rock and Roll Hall of Fame in 2012 also went ahead with Hucknall instead of Stewart, who was ill. It took until 2015 for Stewart to finally front the band for a full-length show.

Before the Brit Awards ceremony, Wood used public transport – in this case, the London Underground – to make his way to the venue, posting a series of tweets as he went. His yellow gloves, which he wore while presenting an award, drew lighthearted criticism from viewers, who thought they looked like Marigold cleaning gloves.