Watch Roger Waters’ ‘The Wall’ Medley on ‘The Late Show’ 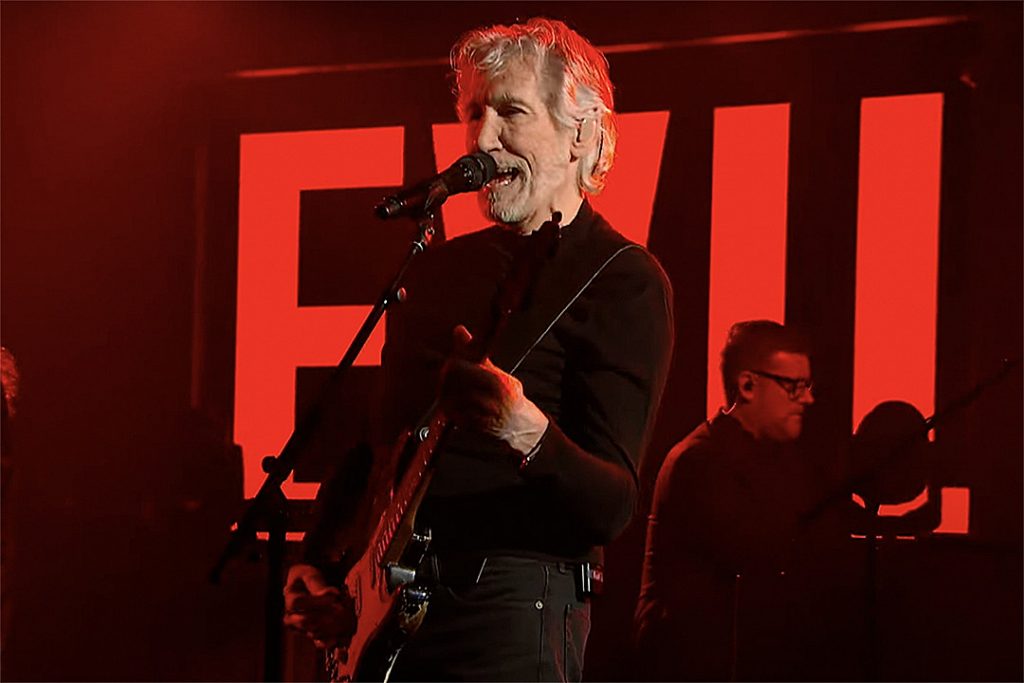 Pink Floyd legend Roger Waters performed a three-part medley on The Late Show With Stephen Colbert ahead of his North American tour.

Waters’ This Is Not a Drill tour was postponed from 2020 as a result of the pandemic. In a statement, he described the show as “a groundbreaking new rock ’n’ roll  [and] cinematic extravaganza, performed in the round,” adding that “it is a stunning indictment of the corporate dystopia in which we all struggle to survive, and a call to action to love, protect and share our precious and precarious planet home.”

He added that “the show includes a dozen great songs from Pink Floyd’s golden era alongside several new ones – words and music, same writer, same heart, same soul, same man. Could be his last hurrah. Wow! My first farewell tour! Don’t miss it.”

Waters once recalled the moment he lost his temper when he discovered that the children’s choir assembled for a U.S. performance of his The Wall show weren’t from an economically suppressed background like his own. “I looked at these kids, and I thought, ‘These are not my kids,’” he said.

“So I found out that they were the children of the executives from the arena who thought it would be fun for their kids to be part of the show. … So I went ape shit and got rid of them all. ‘Find me some proper kids!’ So these kids turned up, and I went, ‘These are more like it. These are my kids, this is my constituency.’”

A ranking of solo albums by members of Pink Floyd, listed from worst to best.