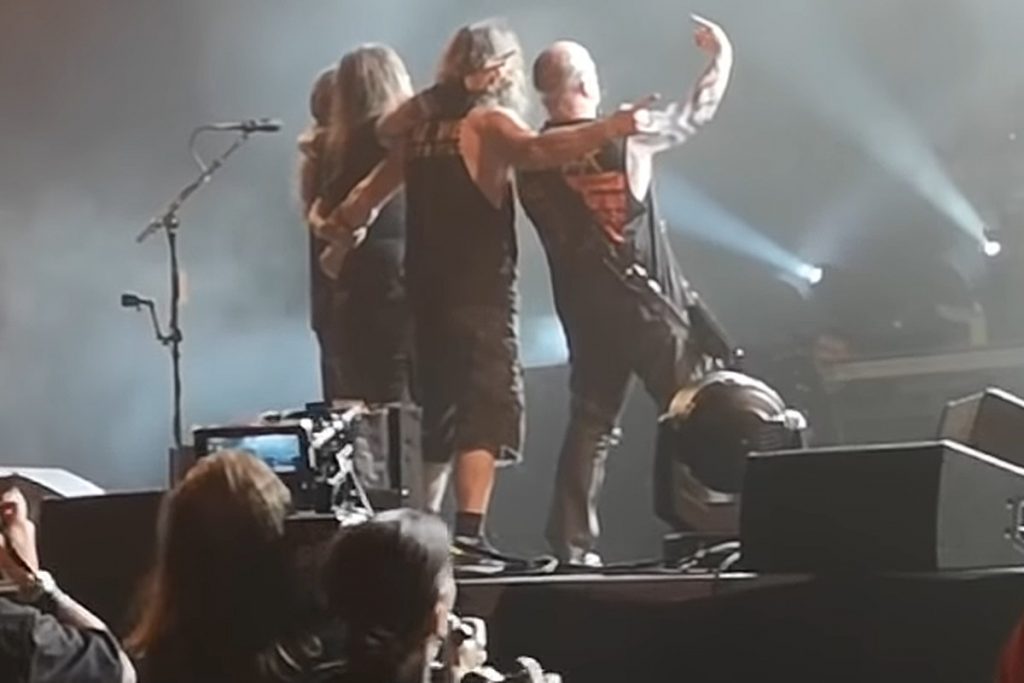 Slayer played their last-ever show last night, then wished a fond farewell to the sold-out crowd at the Forum in their hometown of Los Angeles.

You can watch fan-shot video of the moment below.

After forming in 1981, Slayer steadily rose to the top of the metal world on the strength of genre-redefining albums such as 1986’s Hell Awaits and 1988’s South of Heaven. They announced their plans to retire from the road early last year, with Araya explaining that “it just gets harder and harder” to tour. “Thirty-five years is a long time,” he told Loudwire. “There’s things that have gone on in my life that have made me change how I play as a bass player. I had neck surgery, so I can’t headbang anymore. And that was a big part of what I enjoyed doing what I do — singing and headbanging.”