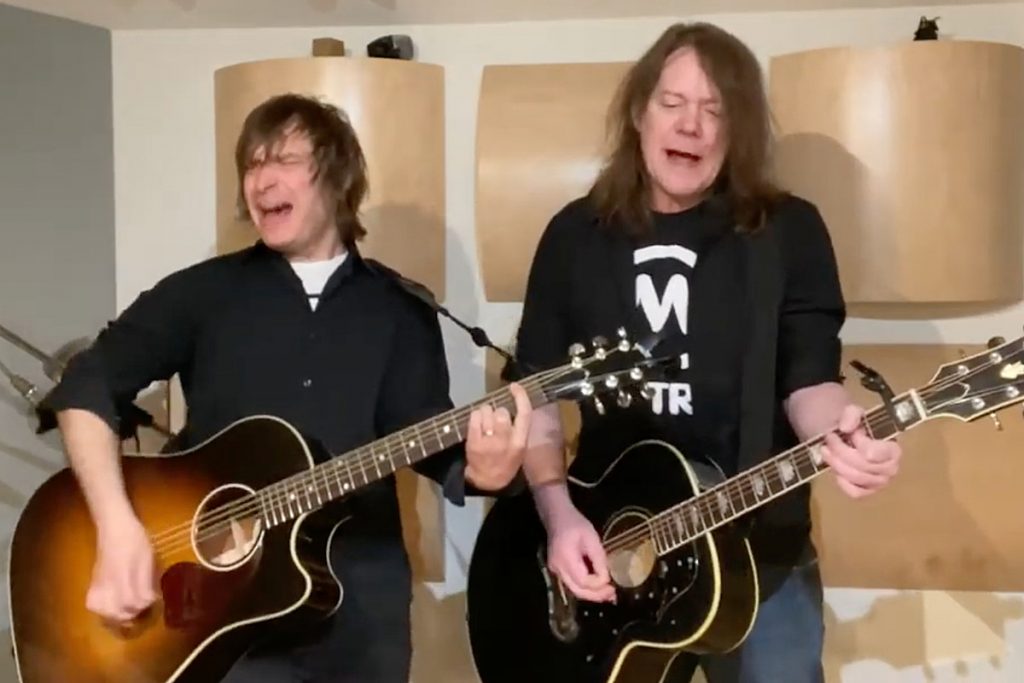 Soul Asylum have released a performance video for their new song, “Make Her Laugh.”

The clip features frontman Dave Pirner and guitarist Ryan Smith delivering an acoustic duet of the track. Described by the band as a “laid-back, Stones-inspired jam” “Make Her Laugh” details the importance of humor in a relationship.

The rollicking tune’s chorus echoes that sentiment, as Pirner sings, “Just when you think you’ve had enough / And you’re tired of tryin’ to suck it up / I know you can make her laugh / Like a child on a carnival ride / Laugh that mascara right off her eyes / And she’s walkin’ away, just give it one more try / I know you can, you can make her laugh.” You can check out Soul Asylum’s acoustic performance of “Make Her Laugh” below.

The song is featured on Soul Asylum’s new album, Hurry Up and Wait. Singer and chief songwriter Pirner said he removed all restrictions when penning the LP. “I did sort of put my guard down,” the singer explained in a press release. “And I was like, ‘Well, this time, I’m going to just go with whatever seems to be working, and I don’t really care what kind of music people want to call it.’ It’s a little raw and forthcoming in the way that I didn’t second guess it. There’s a lot of just letting it come out as opposed to trying to force something.”

Hurry Up and Wait – the 12th studio album of Soul Asylum’s career – is available now. The band is best known for its success in the ‘90s, with multi-platinum selling LPs Grave Dancers Union (1992) and Let Your Dim Light Shine (1995). The former release spawned the hugely successful single “Runaway Train,” which scored the band the sole Grammy Award of its career.