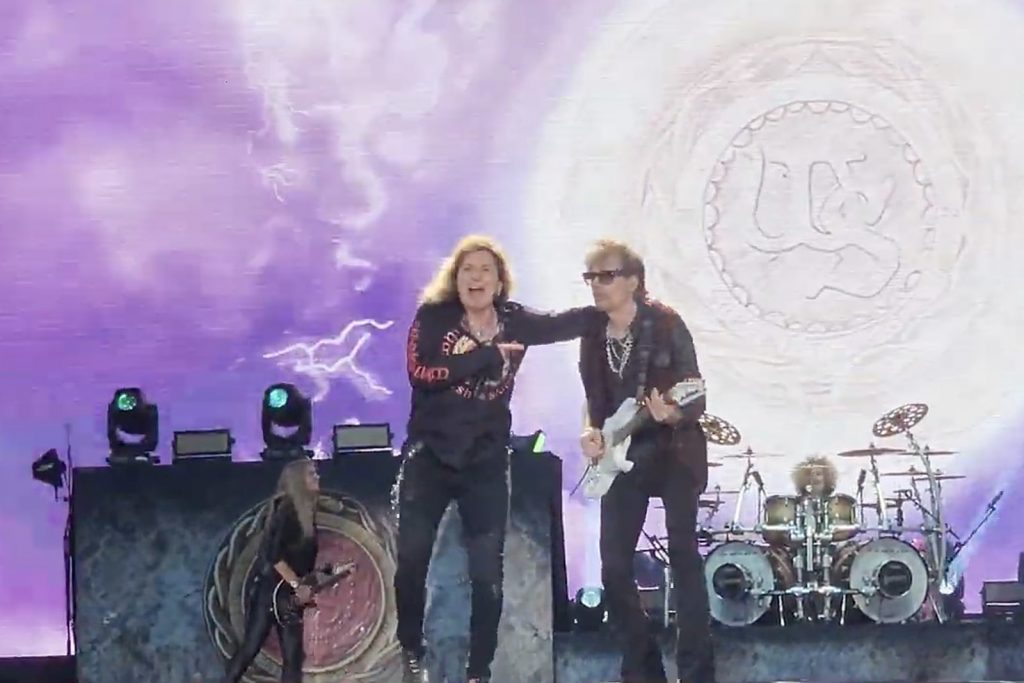 Steve Vai reunited with Whitesnake onstage Thursday night at Clisson, France’s Hellfest for a fiery rendition of “Still of the Night.”

Vai played with Whitesnake from 1989-90, recording all guitars on 1989’s Slip of the Tongue and performing on the Live at Donington 1990 album, released in 2011. David Coverdale shuttered the band at end of the Slip of the Tongue tour in late 1990 and revived it in 1994 with a different lineup that did not include Vai.

Vai reflected on the Hellfest performance on Twitter Friday. “It was an absolute honor to be invited by David Coverdale to join Whitesnake for their final song ‘Still of the Night’ at the mighty Hellfest,” he wrote. “I’m grateful I was able to contribute one last time to this phenomenal band that was such an integral part of my career. To feel David’s energy on the stage again, and Tommy Aldridge’s slamming beats, and to finally be able to jam with my friend Joel Hoekstra and the rest of the ‘Snakes’ in front of 45,000 people was just electrifying. Deep appreciation to all.”

The singer is in the midst of his farewell tour with Whitesnake, whose current lineup includes guitarists Hoekstra, who also tours with Trans-Siberian Orchestra, and Reb Beach of Winger. Beach has sat out the last five shows of the trek (four according to a recent Blabbermouth report, plus Hellfest), leaving Hoekstra to handle lead guitar duties. When asked on Twitter about Beach’s condition, Hoekstra told a fan on Wednesday, “Hopefully Rebel returns immediately. Nobody misses him more than me. #GuitarTEAM.”

Coverdale, meanwhile, insists this is his final go-round with the band.

“Make no mistake, this is the farewell tour,” he told the Appetite for Distortion podcast. “I’m 70. It’s a very physically challenging thing for me to do at the best of times. But it’s very important for me to achieve completion and to express my appreciation and gratitude to all the people … who’ve supported me for five decades, 50 years. It blows my mind – it really does.”

He also explained that Whitesnake would continue in some capacity. “It’s me, just David Coverdale, who’s retiring from touring at that level. Whitesnake will still make projects,” he promised. “The music of Whitesnake will continue.”