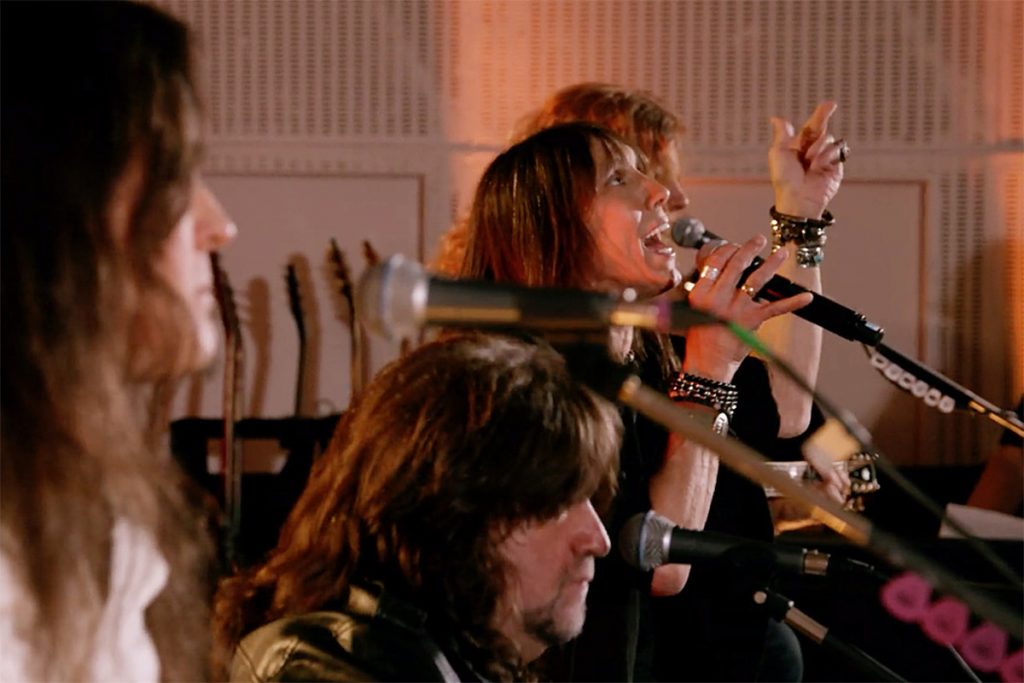 Tesla can be seen performing a cover of the Beatles’ classic song “We Can Work It Out” in the exclusive premiere of a new video.

The performance was shot at London’s Abbey Road Studios and appears on the band’s upcoming album Five Man London Jam, which will be released on March 27 in Blu-ray, CR, double vinyl and digital formats. It’s available for pre-order now.

Recorded in June 2019, the album references Tesla’s 1990 album Five Man Acoustical Jam, which also included a version of “We Can Work It Out.” A number of tracks are repeated on the new LP.

“We had fun doing it 30 years ago, and we had fun when we were over at Abbey Road studios, where the Beatles and a whole lot more other great bands have recorded,” singer Jeff Keith said. “And it was awesome. We just did it live [with] a little audience there.”

He noted that “it was requested that we do some stuff to celebrate the 30-year anniversary of Five Man Acoustical Jam, so we did five or six songs from that. And then we did some of our new songs [from] the record that we made with Phil Collen from Def Leppard, which was fantastic. So we’ve got some new recordings there. … Just like we did 30 years ago, we had fun with it again.”