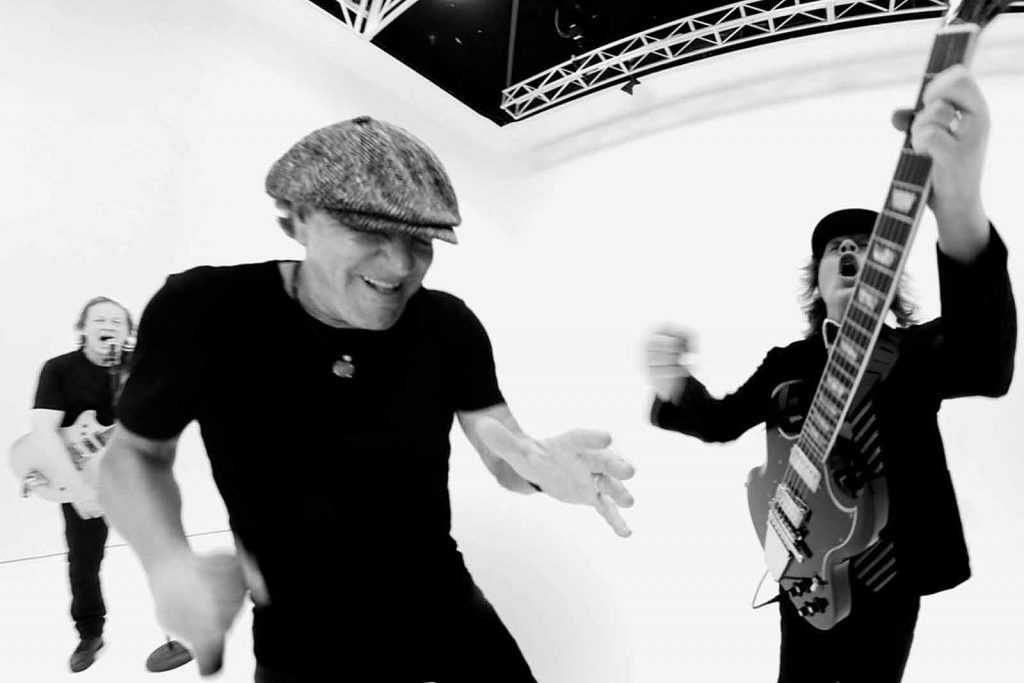 AC/DC have unveiled a new video for the song “Realize.”

The track, which kicks off the band’s latest album, Power Up, had been released as the second single in November, just a few days before the arrival of the LP.

You can watch the video, shot entirely in black and white, below.

Although it appears to be the quintet performing on a soundstage, the five members were filmed in separate locations, with co-director Clemens Habicht editing the individual clips together. The band’s creative director, Josh Cheuse, is also listed as a co-director.

“Realize” made UCR’s list of the Best Rock Songs of 2020, where it was noted that Angus Young runs “wild over the verses with increasingly unhinged bursts of jangled rhythm guitar while Brian Johnson leads AC/DC through surprisingly lush and expansive chorus vocals.”

Speaking to France’s Heavy1 TV, Young recalled writing “Realize” with his late brother Malcolm. “We spent a fair bit of time on it,” he said. “It was another strong idea that he had. For me, I knew how much he really liked it. I remember when we originally were writing it, the effort that he put in and how he built it up. The thing is, I remember we had the music side of it together, how we wanted to do it. And he gave me his hook idea, the chorus, When the gave me the verse idea, of how he wanted the lyric, he sang it to me roughly. And I heard it, and it stuck in my head all day. And I just kind of thought, How clever is he? He just comes up with something. It was one of those things where I kept repeating it and repeating it in my head.”

Young continued: “Sometimes I used to think, ‘I don’t know where he pulls these ideas from.’ For him, a song wasn’t a combination of riffs and hooks and that. For him, he just had a kind of natural gift. … Whenever he created a song, the parts would all come together — lyrics, music and even kind of the dynamic of it. … So it was a never a case with the two of us [where we] just settled for the chords you first hit or something. You went through all the different angles with him. … Say you were doing it at that tempo or a different way, sometimes we may even go back to another route and go, ‘Okay, try it from another perspective.’ With this one, though, he had it just so clear, and it stuck with me.”