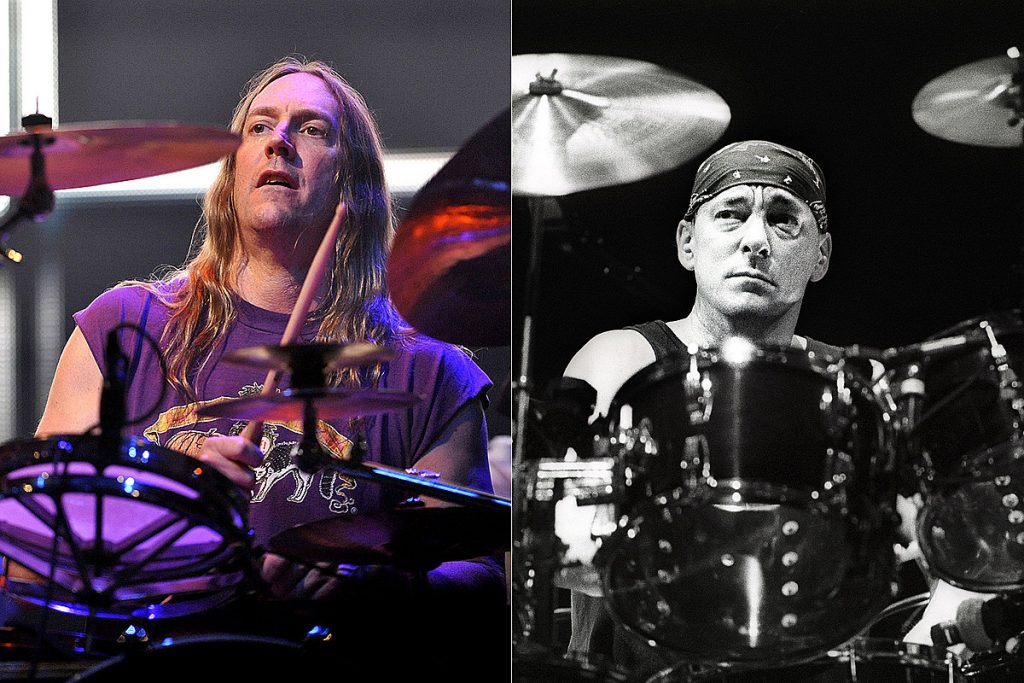 One iconic prog drummer saluted another on Friday, as Danny Carey paid tribute to the late Neil Peart during Tool‘s concert in San Diego. The revered Rush percussionist died Tuesday, Jan. 7 at age 67, following a quiet battle with an aggressive form of brain cancer called glioblastoma.

During the Jan. 10 gig, Carey opened his solo piece “Chocolate Chip Trip” — featured on Tool’s 2019 LP, Fear Inoculum — with a photo of himself and Peart projected behind his drum kit. According to Setlist.fm, the prog-metal band also played a partial version of Rush’s 1976 classic “A Passage to Bangkok” and used the track “2112” as their walk-out music after the show. View the Carey performance below.

Carey is a noted Peart fan, and the two drummers even jammed together — along with the Police‘s Stewart Copeland — in a filmed session, “A Little More Noise,” posted on Copeland’s YouTube channel in 2015.

In 2011, Peart performed a reliably intricate drum solo on David Letterman‘s Late Show as part of a week-long series. That same year, he told Modern Drummer that he recommended Carey for that same gig: “Well, when they asked me, right away I said that Steve [Smith] and Danny Carey are among the foremost modern soloists,” he said.

Tool guitarist Adam Jones called Rush his “heroes” in a 2016 Instagram post, which highlighted a charming note he received from the Canadian trio a “couple years” prior. “Have a great gig!” Rush wrote in the greeting. “We’re in the studio now. Catch you next time. Alex, Geddy and Neil.”