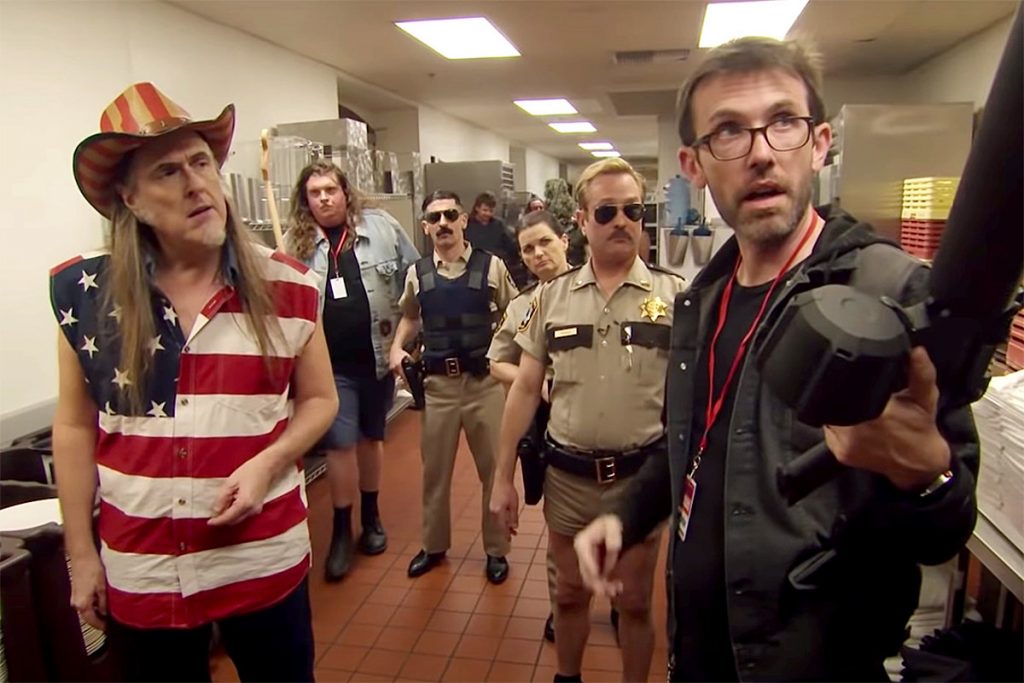 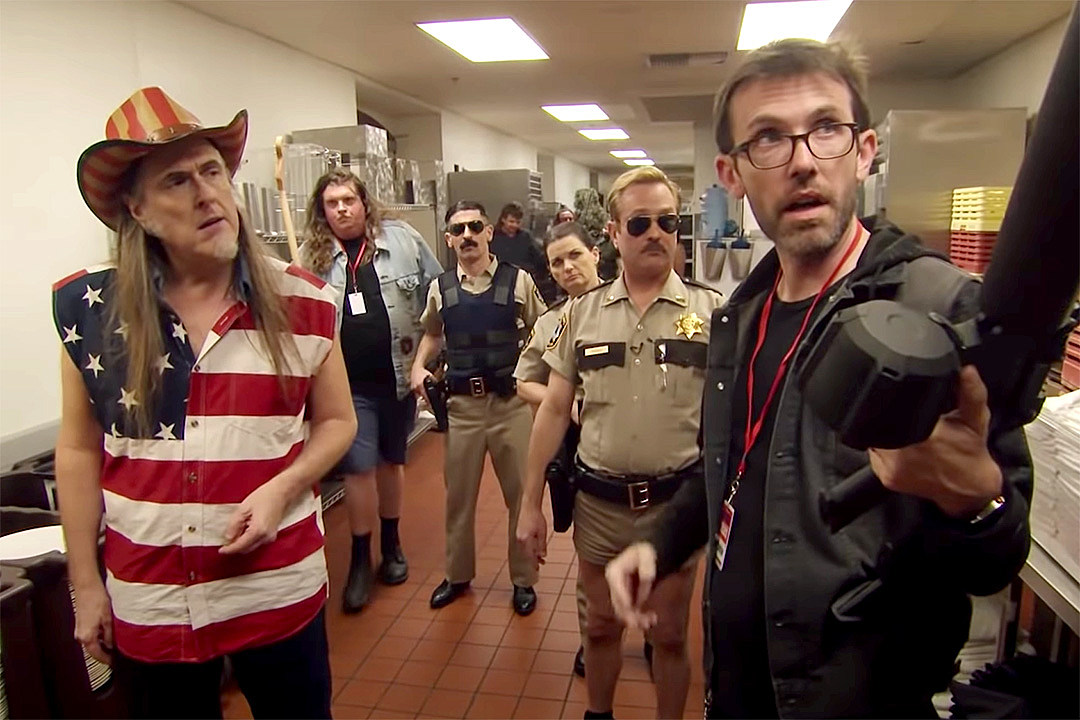 “Weird Al” Yankovic can be seen playing Ted Nugent in the latest episode of the rebooted Reno 911! comedy show.

In the sketch, titled “T-Shirt Gun,” Yankovic and the cast combine weapons, politics and a smashed guitar, with the threat of a dangerous payoff to the proceedings at a political rally.

Yankovic announced in April that he’d taken part in the reboot. “Finally, some good news in the world,” he said about Reno 911!‘s return. The show ended its initial run in 2009. The new season features original cast members and creators Thomas Lennon, Robert Ben Garant and Kerri Kenney-Silver.

“Reno 911! holds a special place in our hearts, and it will be a delight to get the original cast back together for ‘reboot goofin,'” Lennon said when new streaming service Quibi announced the spoof cop show’s return. “Quibi’s short format seems custom-made for our show.”

In a recent Facebook post, Nugent offered his support for Donald Trump while referencing a Ronald Reagan quote. “America is the last best place, only best place really, the lone city on a hill, a beacon for others existing on crumbs in hellholes and turdworld countries who yearn for what we have: freedom,” he said.

“Freedom means that you, not anyone else, is in charge of your life — the mistakes and the successes, the failures and the rewards. Freedom is having the ability to rise to the highest limits of your potential and then some without the shackles of the government beast trying desperately to enslave you at every opportunity. Until you realize these fundamental truths, you are tap dancing in the minefield of a bloated and crushing power-abusing punk-ass government. Want more freedom? Demand less government.”