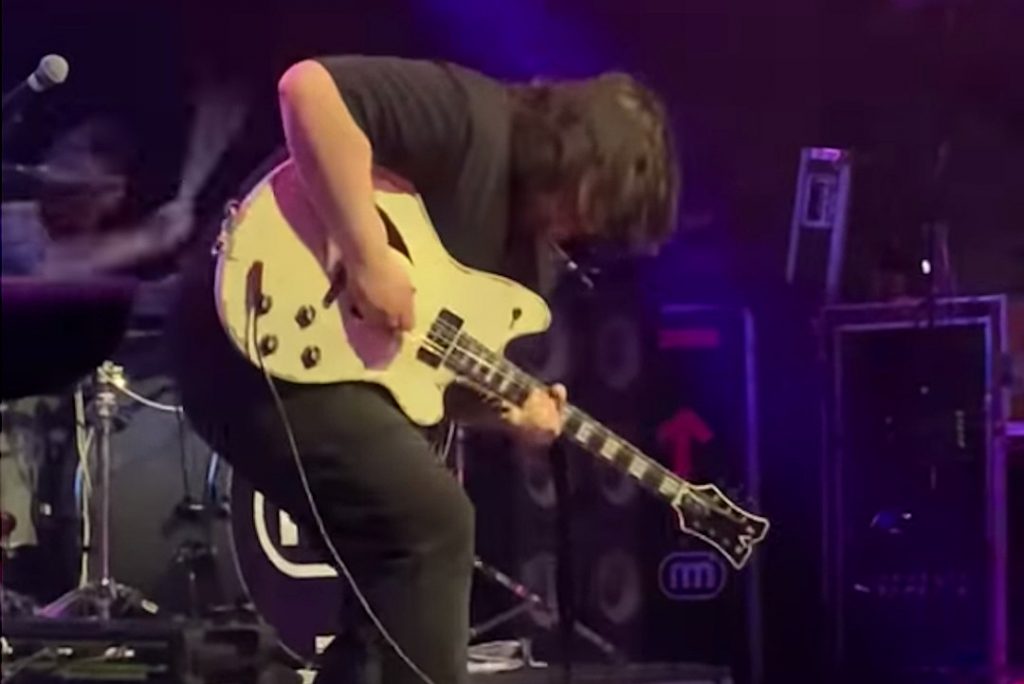 “Ok, so we’re about to do something we’ve never done before,” the rocker explained to the crowd, prior to revealing the song. “In the week we were rehearsing for this, we just did it for fun. But it was so fun that we’d find ourselves ending rehearsal with it every time. It’s a cover — and no, it’s not a Van Halen cover — but it’s a cover of a band that we really fuckin’ like.”

From there, Mammoth WVH launched into the classic grunge track, with Wolfgang providing the tune’s chugging, grimy guitar part.

Things didn’t go entirely to plan during the cover. Roughly one minute into the performance, the frontman’s guitar strap broke, leaving him in a precarious position. Still, Wolfgang managed to continue playing without missing a riff, eventually steadying himself (and his instrument) in such a way that he could still deliver the tune’s incendiary guitar solo.

Footage from the performance can be seen in the videos below.

As noted by Guitar World, Van Halen appeared to be featuring a new prototype semi-hollow EVH guitar during the show. Though no official word has been given, it’s possible the guitar is part of a new line for EVH, the guitar company Wolfgang took over from his father, Eddie, following the Van Halen legend’s death in 2020.

Next: The Best Song From Every Van Halen Album