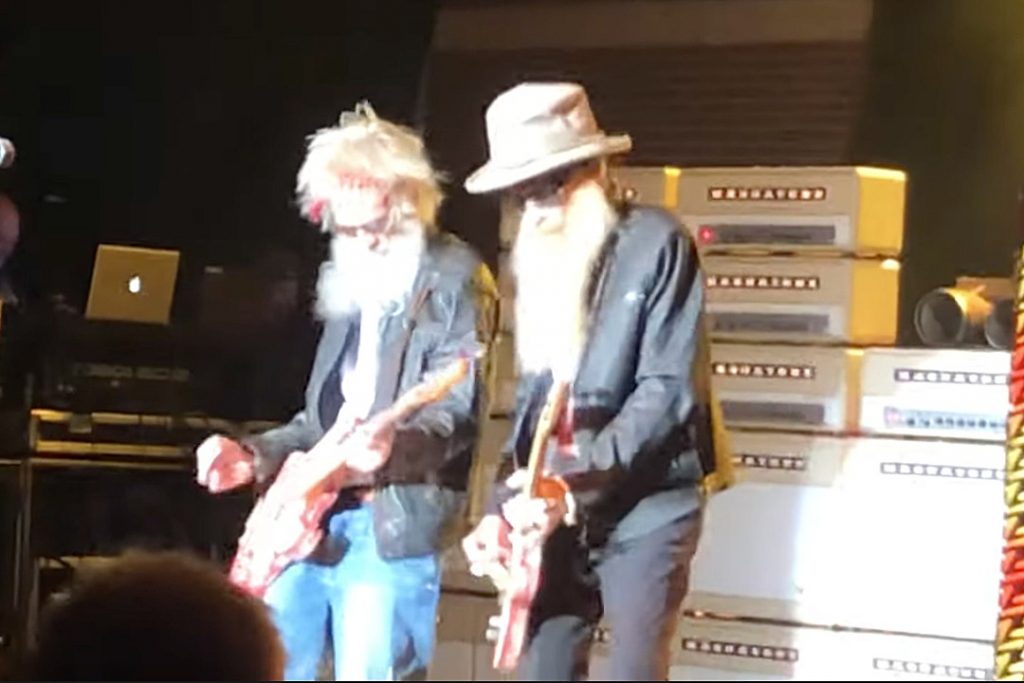 ZZ Top played their latest tour date without Dusty Hill last night, reporting that the bassist had been forced to seek medical attention for a leg injury.

The performance went ahead with longtime guitar tech Elwood Francis in Hill’s place. Fan-shot video from the Village Commons in New Lenox, Ill. can be seen below.

“The members of ZZ Top, Billy [Gibbons], and Frank [Beard], would like to share that Dusty, their fearless bass player, is on a short detour back to Texas to address a hip issue,” a band statement confirmed. “They await a speedy recovery and [to] have him back pronto. Per Dusty’s request the show must go on! With that directive, ZZ Top has put the services of Mr. Elwood Francis, their trusted guitar tech of the past two decades, into play with his slide guitar, bass guitar and harmonica playing in full swing.” Frontman Billy Gibbons said: “And with Elwood to our right, rest assured ZZ Top will deliver their good time, signature show… Elwood securing the bottom end continues the delivery [of] those famous three chords we all dig.”

It’s thought to be the first time the band have ever played without Hill, 72, since he joined a year after its formation in 1969. They postponed a run of dates in 2014, then changed tour plans again later that year after he injured his hip in a fall. Another fall resulted in a fractured shoulder in 2016, leading to more schedule changes.

Gibbons recently reported that ZZ Top’s 16th album was underway after he’d completed work on his latest solo LP, Hardware. “The last laugh has yet to be heard,“ he said. “While we were working on Hardware, I was sending the roughs that might not have been fitting for that but were certainly fitting for the ZZ thing. I get to tiptoe out of Hardware and back into ZZ, which is underway now.” He speculated the new record could arrive at “the very late end” of 2021.

Watch ZZ Top Perform ‘Got Me Under Pressure’