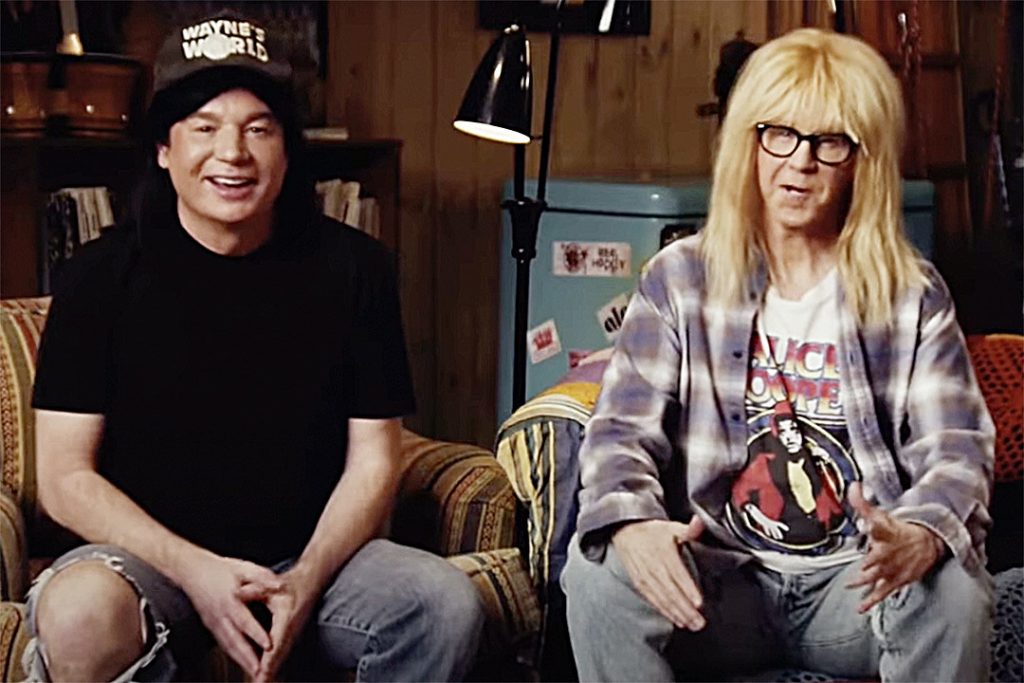 He reported that relations had begun to thaw when they revived their Wayne and Garth characters for a Super Bowl commercial last year (available below). While tensions had arisen during the making of the original 1992 film, Carvey had told Howard Stern in 2019 that there hadn’t been any real problems at that time. Instead he admitted to being unhappy over Myers’ performance of Dr. Evil in his Austin Powers movies, since it was based on a character he’d created himself.

“When we see each other we just talk over each other,” Carvey had explained three years ago. “I have a lot of affection for him… we never really talked about it. I talked about it to the therapist; I basically let it go.” He added: “As you go through life you get beat up… you get a bigger perspective when life gets tough.” Asked if he’d called Myers to say he felt better about the situation, he admitted: “I haven’t done that.”

“We’ve become very very close friends,” Carvey told Stern in a recent return visit, available below, noting that was a “full circle” change since 2019. He continued: “We have too much history, an unbelievable amount of stuff in common… we had so much shared history together, riding the rocket of Wayne’s World.” He continued: “I’m mature now; the only good thing about getting old is you just sort of get a little more wisdom. You get a little more perspective and you practice forgiveness for others and for yourself.”

He said of the Super Bowl ad: “We got closer during that whole process and started talking more. It’s very nice to have such a long friendship with someone… I came to know him in a much better way, as we’ve been really really talking these last couple years.”

The reconnection had enabled Carvey to place Myers “in context” and “understand him” properly, he reflected, recalled that they’d been “like little rock stars” at the peak of Wayne’s World’s success.”Everyone has a 10-year-old boy inside them, or girl,” he continued. “That little person gets very jealous of the shiny new toy – very envious. As friends in these last few years, you put down all your weapons and you’re just very vulnerable and very honest. It’s a great way to be with someone.”