What Soundgarden’s Members Have Done Since Chris Cornell’s Death 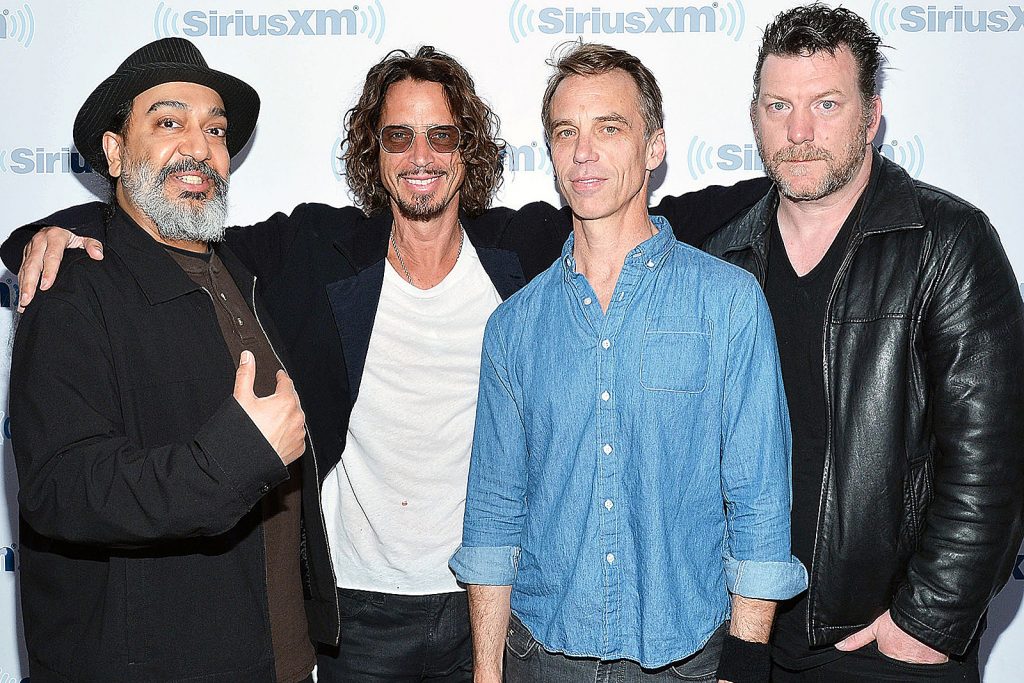 Chris Cornell’s death in 2017 ostensibly brought an end to Soundgarden, but the band’s other members have remained active in the years since then.

In some cases, the three surviving members — guitarist Kim Thayil, drummer Matt Cameron and bassist Ben Shepherd — have collaborated together. Such was the case in 2019 when the musicians joined an all-star lineup of guests to celebrate Cornell’s life at the I Am the Highway concert event in Los Angeles.

Still, things certainly haven’t remained harmonious in the Soundgarden camp since their frontman’s untimely passing. Though all sides have continued to expressed their unending respect for the singer, the band’s remaining members have engaged in several notable public battles with Cornell’s widow, Vicky.

The sides have argued — through their lawyers — over unreleased recordings made with Cornell prior to his death, as both Vicky and the band have claimed ownership over the songs. At one point, Soundgarden accused Vicky of using funds raised for charity during the Cornell tribute concert for her own purposes, but they later rescinded those claims. The widow also took control of the band’s website and social media pages during a legal dispute over royalties, until she and the remaining Soundgarden members eventually came to an agreement on how the accounts would be used.

Rumors persist that a final Soundgarden album of previously unheard material will be completed and released, yet there’s been no clarity as to when it may arrive. Litigation aside, here’s what Soundgarden’s members have been doing since Cornell’s death.

Kim Thayil
Guitarist Kim Thayil has remained busy by collaborating with a wide range of artists. In 2018, he embarked on a North American tour with Wayne Kramer of MC5, celebrating the 50th anniversary of that band’s debut album, Kick Out the Jams. In 2020, Thayil appeared on the albums Grandpa Metal and Stillpoint by comedian Brian Posehn and jazz fusion band the Barret Martin Group (respectively). In 2021, Thayil played on the songs “Only Love Can Save Me Now” by the Pretty Reckless and “Had It All” by Mastodon. More recently, the guitarist formed the group 3rd Secret alongside fellow Soundgarden alumni Matt Cameron, Nirvana bassist Krist Novoselic, guitarist Bubba Dupree, and vocalists Jennifer Johnson and Jillian Raye. The band released their self-titled album in April 2022.

Matt Cameron
It’s possible that Matt Cameron is the most underrated drummer of his generation. After all, he sat behind the kit for both Soundgarden and Pearl Jam, two of the biggest rock groups of the past 30 years. Since Cornell’s death, Cameron has been focussed on his “other” grunge group, contributing to Pearl Jam’s 2020 album Gigaton and touring in support of the release following a pandemic forced delay. In 2020, the drummer joined Foo Fighters’ Taylor Hawkins in Nighttime Boogie Association, with the Melvins’ King Buzzo and Steve McDonald appearing on one of the two tracks the supergroup delivered. Cameron would later form the aforementioned band 3rd Secret with Thayil, Krist Novoselic and company.

Ben Shepherd
Unlike his bandmates, Ben Shepherd has remained almost entirely out of the public eye since Cornell’s 2017 death. Aside from three Soundgarden-related releases — Cornell’s career-spanning 2018 retrospective, the band’s 2019 live album Live From the Artist’s Den and a two-song collaboration with Thayil, Cameron and singer Brandi Carlile — the bassist has not appeared on any recordings. And, with the exception of the I Am the Highway tribute concert, he hasn’t been on stage either. Shepherd still resides in the Seattle area with his family and is part owner of a bar there called Hazlewood.