When AC/DC Jammed With Talking Heads 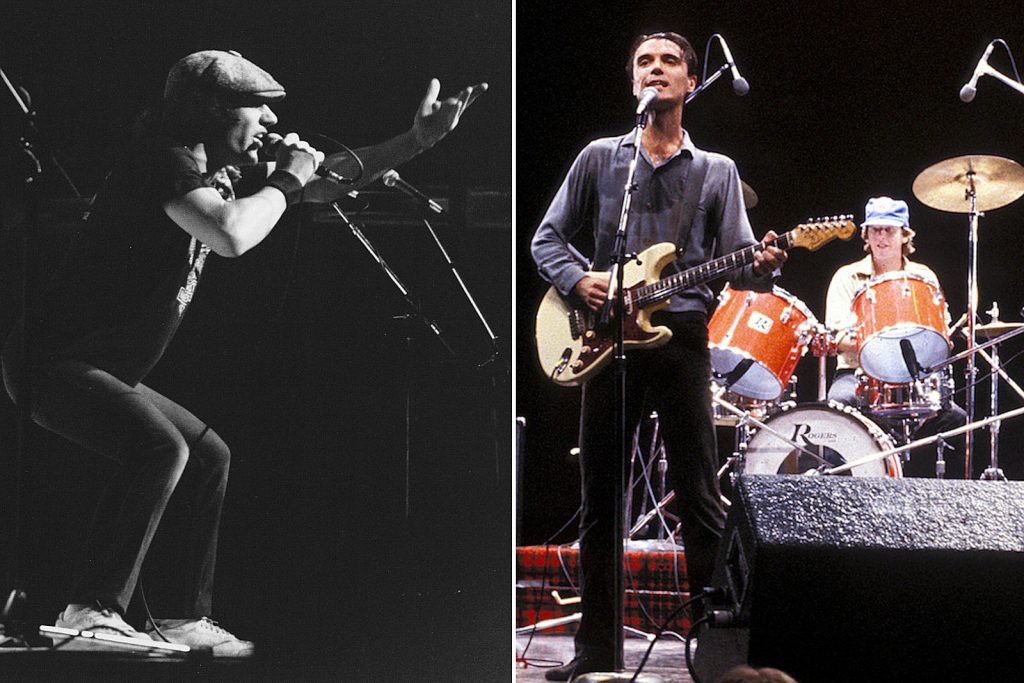 Recording studios can serve as a great equalizer for legendary bands, no matter their genre, stature or background. With plenty of time to kill between their takes, musicians often strike up unlikely friendships with their recording neighbors.

Such was the case when AC/DC and Talking Heads both decamped to Compass Point Studios in Nassau, Bahamas, to record their pivotal 1980 albums, Back in Black and Remain in Light, respectively.

AC/DC frontman Brian Johnson reflected on the chance encounter in his new memoir, The Lives of Brian. He discussed playing pool with David Byrne (who “seemed confused by the pub etiquette of putting a coin on the side of the pool table”) and striking up a friendship with bassist Tina Weymouth and drummer Chris Frantz, who “later helped us out by standing in for Phil [Rudd] and Cliff [Williams] when they went missing out in the jungle one day.”

Johnson further detailed the Talking Heads cameo in a new Metal Edge interview. “The lads had suddenly got an idea or something and they went, ‘Where’s Phil and Cliff?'” the singer said. “They’d gone off somewhere, because it was free time, and I think Mal [Young] and Ang [Young] had an idea because the whole album wasn’t even written, and they wanted to get it done real quick. [Producer] Mutt Lange said, ‘I’ll ask,’ because [Chris and Tina] were upstairs. They were a married couple. I wasn’t there when they did it, because it was my free time as well, and they put a basic, rough track down for Mutt Lange to have a listen to. All in all, I was talking to Cliff when I was writing this book, and he said ‘Jonna, it’s a blur. We worked so hard, it was nonstop on that album.'”

Frantz previously touched on Talking Heads and AC/DC’s studio meet-up in his 2020 memoir Remain in Love. “AC/DC was in Studio A with Mutt Lange recording Back in Black,” he wrote. “Malcolm, Angus, Cliff and Phil were lovely guys and this was their first recording with their new lead singer, Brian Johnson, after the death of Bon Scott. Brian had to take a break after screeching each line or he’d develop a migraine. He was under a lot of pressure as the new guy, and when he signed on he didn’t know he would be expected not only to sing but also to write the lyrics. He did a fantastic job. Back in Black became the third-bestselling album of all time.”