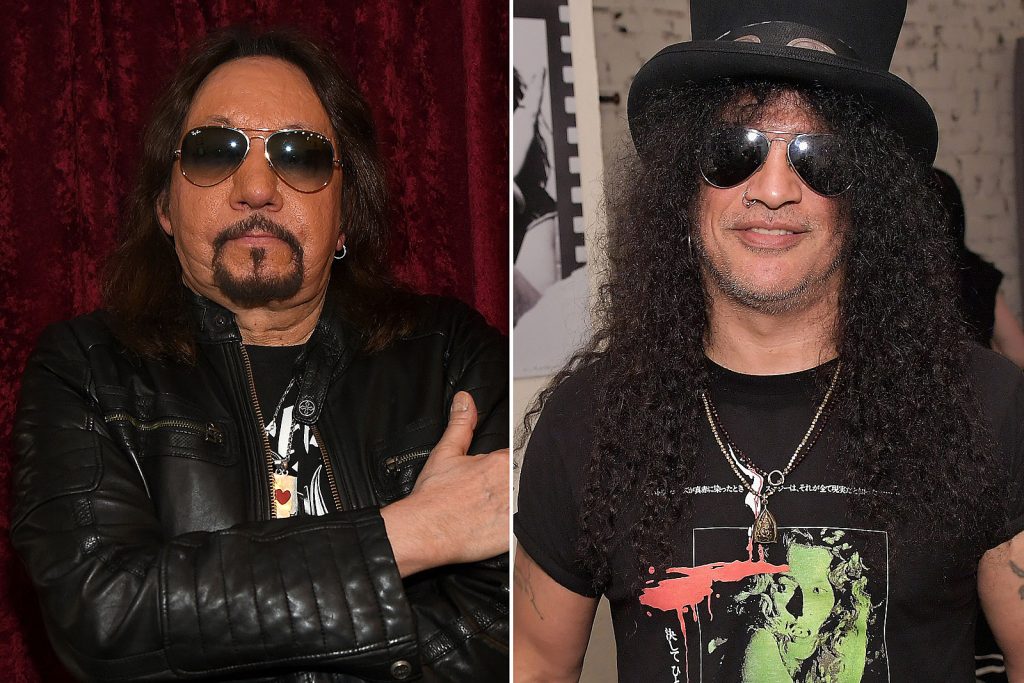 While they didn’t name the date of the incident, it’s likely to have taken place in July 2019, when the all-star covers band Kings of Chaos – featuring Clarke and Frehley, among others – were playing nearby a Slash show in Milwaukee.

“We’re playing, and I swear I start to smell smoke,” Kerns told Clarke in a recent interview on the bassist’s YouTube channel. “It didn’t smell like cigarette smoke, and I was like, ‘That’s weird, in this old theater … Uh-oh!’ I remember looking over to my right and just seeing this line. … I couldn’t see anybody – all I saw was the red cigars. … It just seemed like there was a ton of people over on my side of the stage. And then as the lights were changing … it was you, it was Ace Frehley, Sebastian [Bach], Warren De Martini, [James] LoMenzo was there and Matt Sorum, of course. No one said anything about you guys being there!”

He recalled the experience as “so surreal,” but the hangout after the show was “really fun.” Clarke, who then asked to hear Kerns’ version of events, explained: “We were at dinner and we’d kinda finished early, and Matt goes, ‘What are you doing?’ I go, ‘I don’t know. … You know, Slash is playing across the street.’ And everybody goes, ‘I’ll go!’ ‘I’ll go!’ and they literally followed me across the street.”

Kerns asked if they’d simply knocked on the door to gain entry. “Well, you know, Ace has a way of of just kinda like not really knocking – he kinda walks in!” Clarke said. “Everybody goes, ‘It’s Ace Frehley – right this way!’” Kerns noted, to which Clarke replied: “Exactly!”

Kerns went on to speculate that it would be a “blast playing with guys like Ace.” Clarke agreed and added that until he joined Kings of Chaos, he’d never played cover versions in his life. “So, when we have to learn these songs, Ratt songs and stuff, it’s like I grow an appreciation for it more: ‘Oh, that’s why it’s such a good song!’” he said.