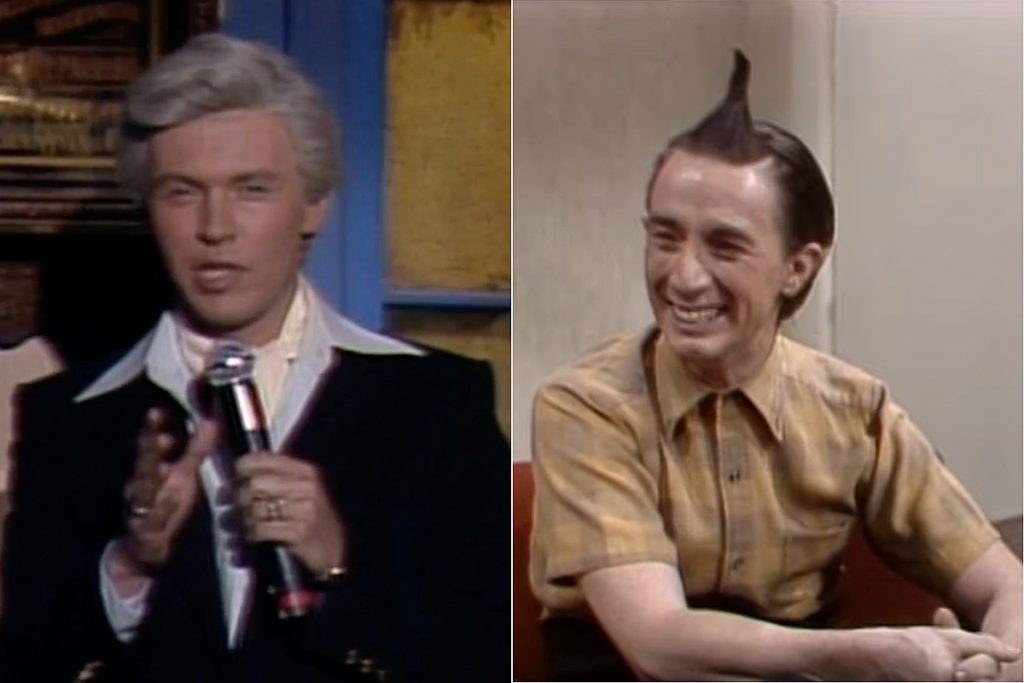 In the spring of 1984, Saturday Night Live was in a state of unrest. The legendary sketch show had lost many of the stars who had made it great, including Eddie Murphy, Bill Murray and Chevy Chase. Show creator, and the program’s backbone, Lorne Michaels had also departed, replaced by veteran television producer Dick Ebersol. With dwindling ratings and the threat of cancellation looming, Ebersol decided to recruit new comedic blood for the series’ 10th season. At the top of his list were Billy Crystal and Martin Short.

Crystal already had a history with SNL, albeit a rocky one. Michaels had invited the comedian to be one of the show’s original cast members in 1976. “He asked me if I was interested in being a resident in the company,” Crystal recounted in Live From New York: The Complete, Uncensored History of Saturday Night Live. “He felt I would do six appearances on the show, and then saw me becoming a host of the show, among other hosts, in two years. They’d be grooming me to be one of the main guys.”

The initial plan was to have Crystal appear on the debut episode of Saturday Night Live, then called NBC’s Saturday Night. During Friday rehearsals, his carefully scripted routine played perfectly. “We had a run-through for a live audience and some NBC executives,” the comedian recalled. “It was really funny on Friday night. And it ran six, six and a half minutes.”

The timing proved to be problematic as the program ran long in rehearsals. First, Crystal was asked to cut his set to two minutes. Later, he was given more time, but scheduled as the final act of the episode, meaning his appearance wouldn’t air until just before 1AM. Frustrated with what they saw as a lack of respect, Crystal’s managers pulled him from the show.

“I was upset – mad, I guess – because I had wanted to be there,” Crystal admitted. “I was mad at my own managers because I wanted to do the show. And I didn’t want it to look like I was the guy who stormed off the show.”

Crystal would eventually get a guest spot, appearing on the 17th episode of Season One, April 17, 1976. However, he stayed away from the show for the next eight years, instead becoming one of the most popular stand-ups in America, before successfully transitioning into television with a breakout role on the sitcom Soap. In 1984, Crystal hosted SNL two times. Following the show’s ninth season, Ebersol was determined to make the comedian a cast member.

In May of 1984, the producer flew to California and had lunch with Crystal’s managers, planning to recruit their star client. “They explained to me that Billy moving back to New York to be a cast member of Saturday Night Live was a nonstarter,” Ebersol recalled. “They didn’t think it would be good for his career at that stage.”

Disappointed by being stonewalled, Ebersol sought a more unorthodox means of recruitment. “I went upstairs to my room at the Beverly Hills Hotel and, without hesitation, called (Crystal’s) house to talk to his wife, Janice, who I heard say in New York when Billy had hosted, ‘I’d love to bring my daughter back to New York for one year at some point in her life.’” The producer gave Janice Crystal his pitch, waxing poetic about New York, the opportunities it would give her husband and the chance for her daughter to embrace the city that never sleeps. “How she did it or what she did, I don’t know, but by that night, Billy called me back on the phone and said ‘Forget what you’ve been told by my managers. Provided we can make the right business deal, I want to come to New York.’”

By comparison to Crystal, Short was a lesser-known commodity, at least in the U.S. The comedian had only a few American credits to his name, but had become a star in his native Canada thanks to the sketch comedy show SCTV. Saturday Night Live had previously plucked several members of the Canadian program’s cast, but Short wasn’t sure he wanted to make the jump. “I never wanted to leave SCTV, and I had to find out for sure SCTV was officially gone, which it was,” the comedian admitted. “I’d been asked for my last two years there to join Saturday Night Live, but I didn’t want to change.”

Cautiously, Short signed on as a cast member and adopted a ‘make-the-most-of-it’ mentality. “I had a one-year contract. I certainly approached that show not as someone who was going to be around, obviously, for more than one year,” Short acknowledged. “I felt that I had to do a lot and be in as many interesting things as possible, because it was only a limited time.”

Crystal took a similar viewpoint when approaching his SNL tenure. “I think when I came to the show I was sort of a piñata of ideas and thoughts and characters, and all kinds of things happened,” the comedian explained. “Every day I was excited at the discovery of what we could do. I never put a time limit on how long I would be there or what it would give me or get me. I didn’t approach it like that. I just felt personally as a performer and as a creative person I had to give it my shot.”

On Oct. 6, 1984, Season 10 of Saturday Night Live premiered with Crystal and Short among its cast. That same night, both stars debuted characters that would become forever intertwined with their time on SNL. For Crystal, it was Fernando, the Latin-American heartthrob turned talk show host, based on the real-life classic Hollywood star Fernando Lamas. For Short, it was Ed Grimley, the hyperactive man-child character that first appeared on SCTV, but was reworked for SNL.

“As a performer, you only found the repetition of a character boring if you had nothing else to say comedically about it,” Short revealed while reminiscing on his hugely popular character. “In the case of Ed Grimley, it was totally interesting to do because Ed Grimley on SCTV is an actor who works for the network and is in different movies, and that’s the way we use Ed. Now suddenly (on SNL) we saw him in his apartment. We saw where he lived. We saw him musing about life. So this is all different.”

For Crystal, playing Fernando offered a unique challenge. The character’s lines were entirely improvised, giving the role an energy unlike anything else on the show. “That’s what I loved most about him. The danger of it was doing it in the dress rehearsal and getting screams and then trying to recreate it three hours later,” the comedian confessed. “But the danger was intoxicating too. Once the set was rolled out, the hideaway, the audience started to get excited because it was the first sketch they would see where there were no cue cards. And they knew it. They knew it was dangerous. It was a talk show within the show. A whole different energy hit the studio when it happened. I loved seeing the host squirm a little bit, because it was, ‘What’s he going to say to me now?’”

While Fernando and Grimley were breakout hits, they were far from the only contributions from the comedians. Both proved to be master impersonators; Crystal routinely playing everyone from Sammy Davis Jr. to Howard Cosell and Prince, while Short embodied Katharine Hepburn and Jerry Lewis.

Season 10 proved to be one of the most commercially and critically successful of Saturday Night Live’s history, helping to revitalizing the franchise. Short and Crystal only stayed with the show for the single season, with both moving on to bigger success on the silver screen. Though their tenure on SNL was brief, it was also prolific, with both comedians leaving a lasting legacy among the series’ greatest performers.