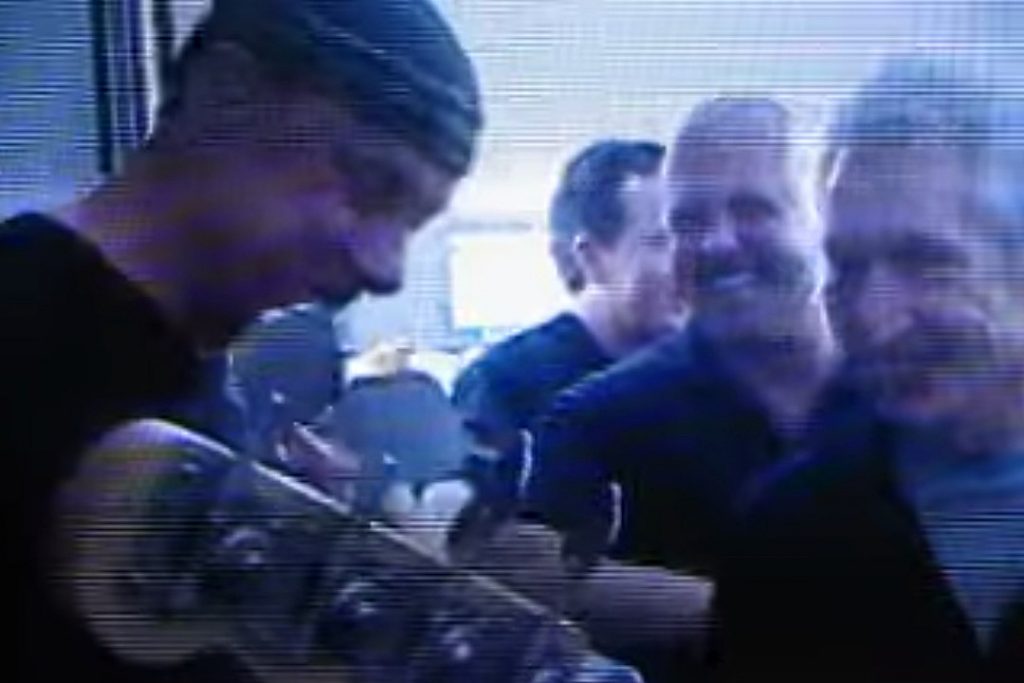 In 2003, Neil Peart came face-to-face with one of his idols, the Rolling Stones’ Charlie Watts. At first, the Rush drummer didn’t realize who was approaching him.

“A short, older man stepped up to me, sticking out his hand and saying something I couldn’t hear,” Peart recalled in his book Traveling Music : The Soundtrack to My Life and Times. “Thinking ‘Now who’s this?’ I took out one of my ear monitors and said ‘Sorry, I couldn’t hear you.’ He spoke again, smiling, ‘Hello, I’m Charlie Watts.’”

On July 30, 2003, the Rolling Stones were headlining Molson Canadian Rocks for Toronto, a benefit concert aimed at helping the city’s economy recover following a SARS outbreak earlier that year. More than 400,000 people turned out to see the Stones, as well as the Guess Who, Rush and AC/DC.

Though they were on the same lineup, Peart was still caught off guard when Watts surprised him backstage.

Peart went on to admit that such a comment could have messed with his head, had he not already been restless prior to the performance.

“I suppose if I could have felt more pressured, that might have done it, but I was already at maximum intensity,” he explained. “There was no time to think of Charlie Watts and the Rolling Stones, watching them on The T.A.M.I Show or Ed Sullivan when I was twelve-and-a-half, hearing ‘Satisfaction’ snarling down the midway at Lakeside Park, ‘Gimme Shelter’ at the cinema in London, listening to Charlie’s beautiful solo album, Warm and Tender, so many times late at night in Quebec, or any of the other million times Charlie Watts and his band had been part of my life.”

As Rush took the stage and began their set, Peart did his best to ignore the “gray-haired Englishman at stage left.” Later, when his band played a brief instrumental version of “Paint it Black,” Peart again thought of Watts, but deduced that the Stones drummer “seemed to have left by then – having seen and heard enough, no doubt, whatever his impression was.”

Several technical difficulties would mar Rush’s performance during the benefit event. Later, Geddy Lee would recount the most memorable part of the night in an email to Peart.

“BTW, I will never forget that moment before we went onstage when Charlie Watts came over to shake your hand (at the worst possible moment!),” Lee wrote, “and watching your face go through all the motions of… a. who is this old guy? b. what does he want? c. oh for god’s sake it’s Charlie Watts!”