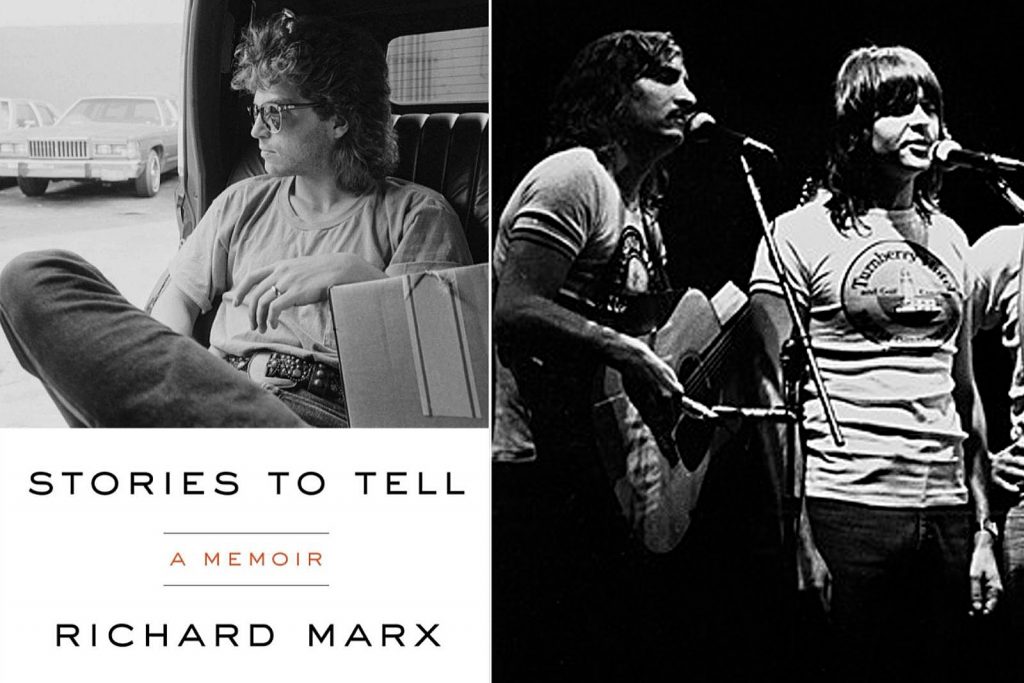 Singer-songwriter Richard Marx looks back on a lifetime of memories in his recently released memoir, Stories to Tell. The making of his breakthrough 1987 hit single “Don’t Mean Nothing,” which appeared on his self-titled debut album, was a particularly unforgettable experience as it included a collaboration with three members of one his favorite bands: Eagles.

It was Marx’s manager, Allen Kovac, who sparked the idea. In 1986, when Marx played Kovac a demo of “Don’t Mean Nothing,” he immediately recognized the song’s potential success as a single. Kovac also spotted a musical style that recalled a certain band.

‘It kinda has an Eagles vibe about it, right?'” Marx remembered Kovac saying to him at the time. “I said, ‘Yeah, I guess so. I’ve always loved them and know every album by heart, so it probably creeped in there.’ Allen said, ‘I’ve known Randy Meisner for a few years. We should see if he’d be into singing backup vocals on it.’ I said, ‘Wow! That’d be amazing!’”

It seemed like fate. In an excerpt from Stories to Tell, Marx recounts how not one, not two but three Eagles helped craft his debut single.

Sure enough, a few days later Allen called with the great news that Randy loved the song and would be happy to come to the studio and sing on it. And then I remembered that Bruce Gaitsch had recently been working with Timothy B. Schmit. I asked Bruce to reach out to Timothy about joining Randy and me on background vocals, and we got a yes from him, too. I was like a kid. I could barely believe it.

We recorded the basic track to “Don’t Mean Nothing” at Capitol Studios with a great rhythm section of Bruce on guitar, John Keane on drums, Nathan East on bass, and Michael Omartian on piano. Michael was and is not only a brilliant pianist, but he was also a hugely successful writer and producer in the ’80s and ’90s for everyone from Christopher Cross and Donna Summer to Rod Stewart and Jermaine Jackson. I knew Michael a little bit and greatly admired his musicianship, and I was also a bit insecure about my piano playing and felt Michael would be better suited to the track. I was right. His performance is fucking killer.

I recorded my lead vocal later that evening, and a few days later, Randy Meisner and Timothy Schmit arrived at the studio to do the background vocals. They’d both been members of the Eagles (and the band Poco), but at different times, as they both played bass in the band. They’d met briefly before but had never worked together until my session. The three of us worked out harmonies, deciding that because we all had a similar range, we would get a great take and then switch parts on the second and third passes, resulting in all our voices singing each part. When we listened to the playback I had chills all over my body. That feeling … that sensation: It’s like heroin. I’ve felt it so many times, and I still can’t get enough. It’s really the ultimate motivation for me to create.

I thanked Randy and Timothy profusely. Neither of them would accept any payment. Here I was, an unknown singer making his first album, and two of the Eagles were onboard for free. As Randy was leaving the studio, he said, “I noticed you haven’t cut a guitar solo on this yet.”

“Yeah,” I said. “We still have some more overdubs to do.”

Randy said, “I’m still buddies with Joe Walsh. I bet he’d love to play on this.”

I just stared at Randy. “Don’t fuck with me, man.”

A few days later my manager called me. “Dude. Walsh loves the song and wants to play the solo. We just need to figure out a time in his schedule.”

The inside of my head spun around. I had had a good feeling that this was going to happen, but the reality of it was pretty mind-blowing.

It was about a week later that my engineer-coproducer David Cole and I sat anxiously inside Studio C at Capitol and waited for Joe to arrive. I invited Randy Meisner to be there, and when Joe walked in and saw him, his eyes lit up and he threw his arms around Randy. They hadn’t seen each other in quite a while, and Joe’s affection for Randy was obvious. Joe was warm, friendly and immediately complimentary to me about the song. We fired up the track, and Joe spent a few minutes dialing in his sound before we started recording takes. His second attempt is what’s on the record. It was inspired and perfect. And now, this little song that Bruce and I had made up in my house on Vermont was not only my debut single on EMI Manhattan Records, it was a mini-Eagles reunion. We were all very excited about the song and the launch of my artist career.