When Elton John Sang on an Alice in Chains Song 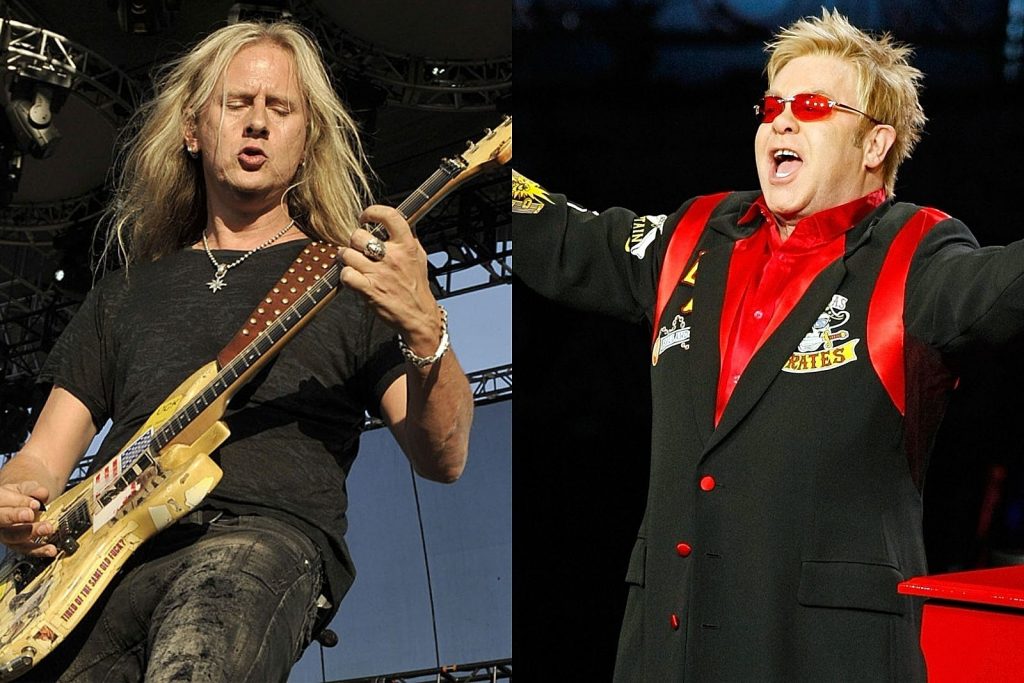 The overdose death of Alice in Chains singer Layne Staley in 2002 left an undeniable hole in the band.

Even though the group had been on an unofficial hiatus at the time – several of the members engaged with solo projects to keep busy — it still shook its foundation. Three years later, Alice in Chains reunited for some shows but made clear that even as their careers moved forward, no one would be able to fill Staley’s shoes.

“If we found some other dude, I’d love to move on,” drummer Sean Kinney told MTV in 2006. “Write some cool tunes and change the name, and go on like that. I don’t see continuing as Alice and replacing somebody. … We’re not trying to replace Layne.”

When the band set to work on its fourth album, an unexpected guest appeared in the form of Elton John, who knew firsthand the struggles of addiction — he battled similar substance issues and always remembered the kindness his friends had shown him during his recovery. “Black Gives Way to Blue,” one of the songs Alice in Chains wrote for the new album, which was written as a tribute to Staley, struck a chord with John.

You can check out the whole story in the below video from our “Odd Couples” series.

Counting down every Elton John album, from worst to best.