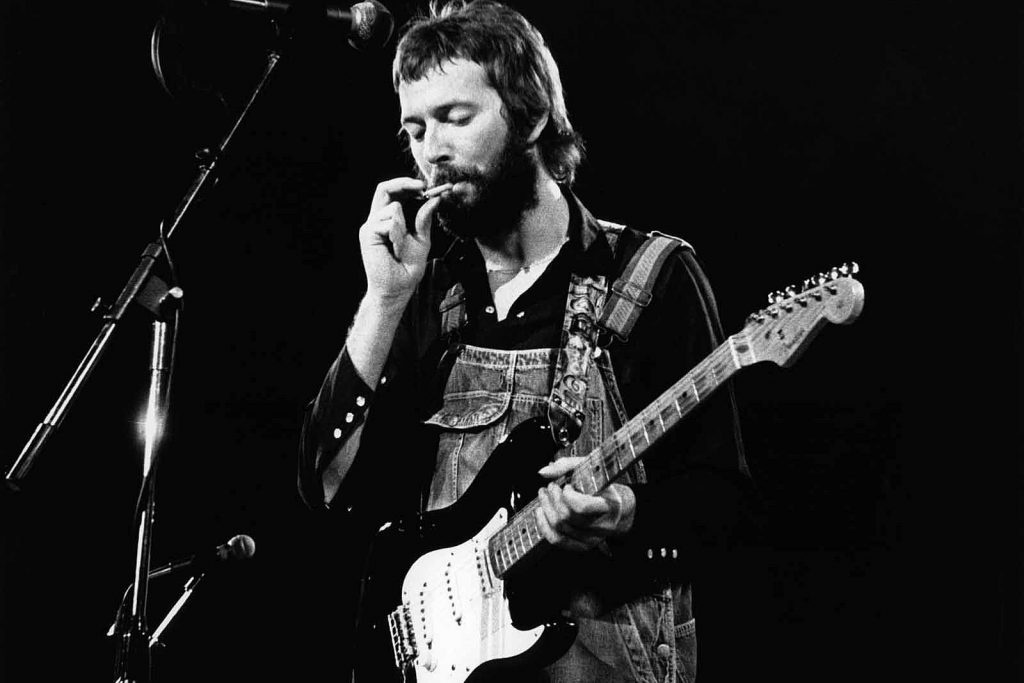 Eric Clapton was visibly intoxicated onstage at a concert in Birmingham on Aug. 5, 1976. But the message he spoke at the mike was clear. As he advocated his support for Enoch Powell, a controversial right-wing British politician well-known for his anti-immigration views, the guitarist took things even further, asking the audience if there were any foreigners present.

His words echoed much of the sentiment Powell had espoused in his infamous 1968 Rivers of Blood speech, in which he staunchly criticized mass immigration and implied that the majority of immigrants arriving in the U.K. were doing so “with a view to the exercise of actual domination, first over fellow immigrants and then over the rest of the population.”

Clapton, however, was much more blunt. “Stop Britain from becoming a black colony,” he said. “Get the foreigners out. Get the wogs out. Get the coons out. Keep Britain white. I used to be into dope, now I’m into racism. It’s much heavier, man. Fucking wogs, man. Fucking Saudis taking over London. Bastard wogs. Britain is becoming overcrowded, and Enoch will stop it and send them all back. The black wogs and coons and Arabs and fucking Jamaicans and fucking … don’t belong here, we don’t want them here. This is England, this is a white country, we don’t want any black wogs and coons living here. We need to make clear to them they are not welcome. England is for white people, man. We are a white country. I don’t want fucking wogs living next to me with their standards. This is Great Britain, a white country. What is happening to us, for fuck’s sake?”

His comments were so inflammatory that they served as the kick-starter for 1976’s Rock Against Racism (RAR) movement, a campaign of carnivals and tours created in reaction to a rise in racist attacks on the streets of Britain. Up until Clapton’s rant, the campaign was “just an idea,” but in the wake of his words, several of RAR’s founders – Red Saunders, Roger Huddle, Jo Wreford and Pete Bruno – moved forward with their plan, even writing a letter to NME to protest their disgust.

“Come on Eric … own up,” they wrote. “Half your music is black. You’re rock music’s biggest colonist. … We want to organize a rank-and-file movement against the racist poison music … we urge support for Rock Against Racism.” They concluded their open letter with a reference to Clapton’s No. 1 cover of Bob Marley‘s “I Shot the Sheriff”: “P.S. Who shot the sheriff, Eric? It sure as hell wasn’t you!”

Just a few months after the incident, Clapton, who at that point was struggling with intense drug and alcohol addictions, was not quick to apologize, brushing the matter off as random and even comical to him.

“I thought it was quite funny, actually,” he said in October 1976. “I don’t know much about politics. I don’t even know if it would be good or bad for him to get in. I don’t even know who the prime minister is now. I just don’t know what came over me that night. It must have been something that happened in the day, but it came out in this garbled thing.”

The exact wording of Clapton’s quote has been debated, as there is no official transcript from the concert, but multiple sources corroborate the event, and Clapton himself has effectively confirmed that it did happen. Even so, decades later he insisted the rhetoric doesn’t sound like him. “There’s no way I could be a racist, it would make no sense,” he said in 2004, noting that his opinion on immigration policies “hasn’t changed” and that Powell was “outrageously brave.”

In 2018, Clapton stated that while he knew his comments were offensive, he wasn’t the racist he appeared to be onstage that evening. “I was so ashamed of who I was, a kind of semi-racist, which didn’t make sense,” he said at a Q&A following a screening of Life in 12 Bars, a documentary film about his life. “Half of my friends were black, I dated a black woman and I championed black music.

“I’m not excusing myself, it was an awful thing to do,” he reiterated in 2018, doubling down on an excuse he used decades earlier: “I think it’s funny, actually.”