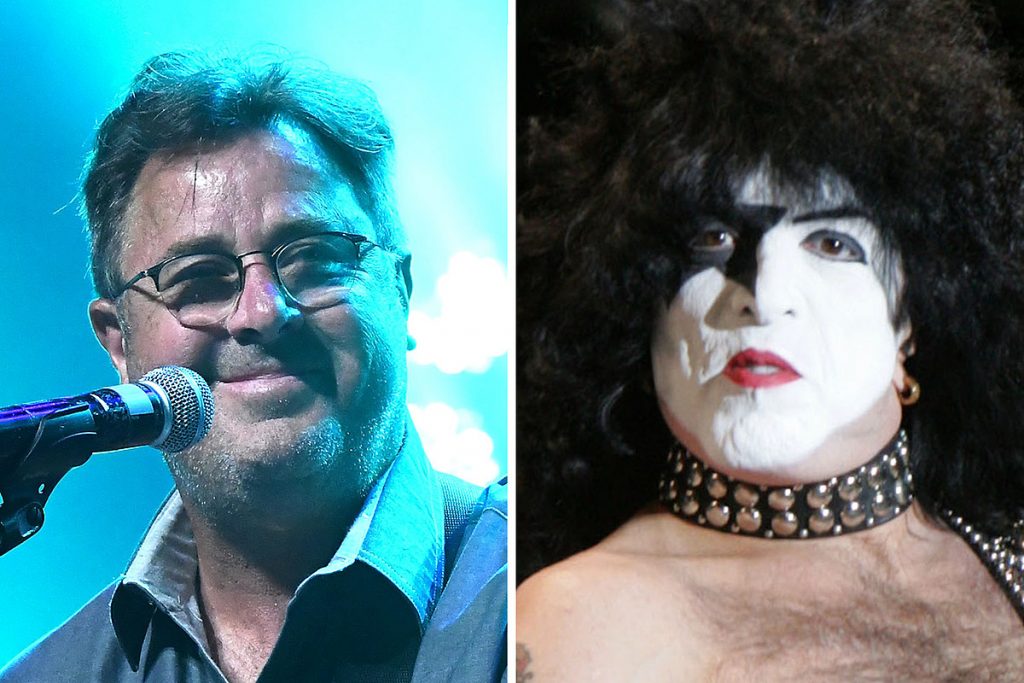 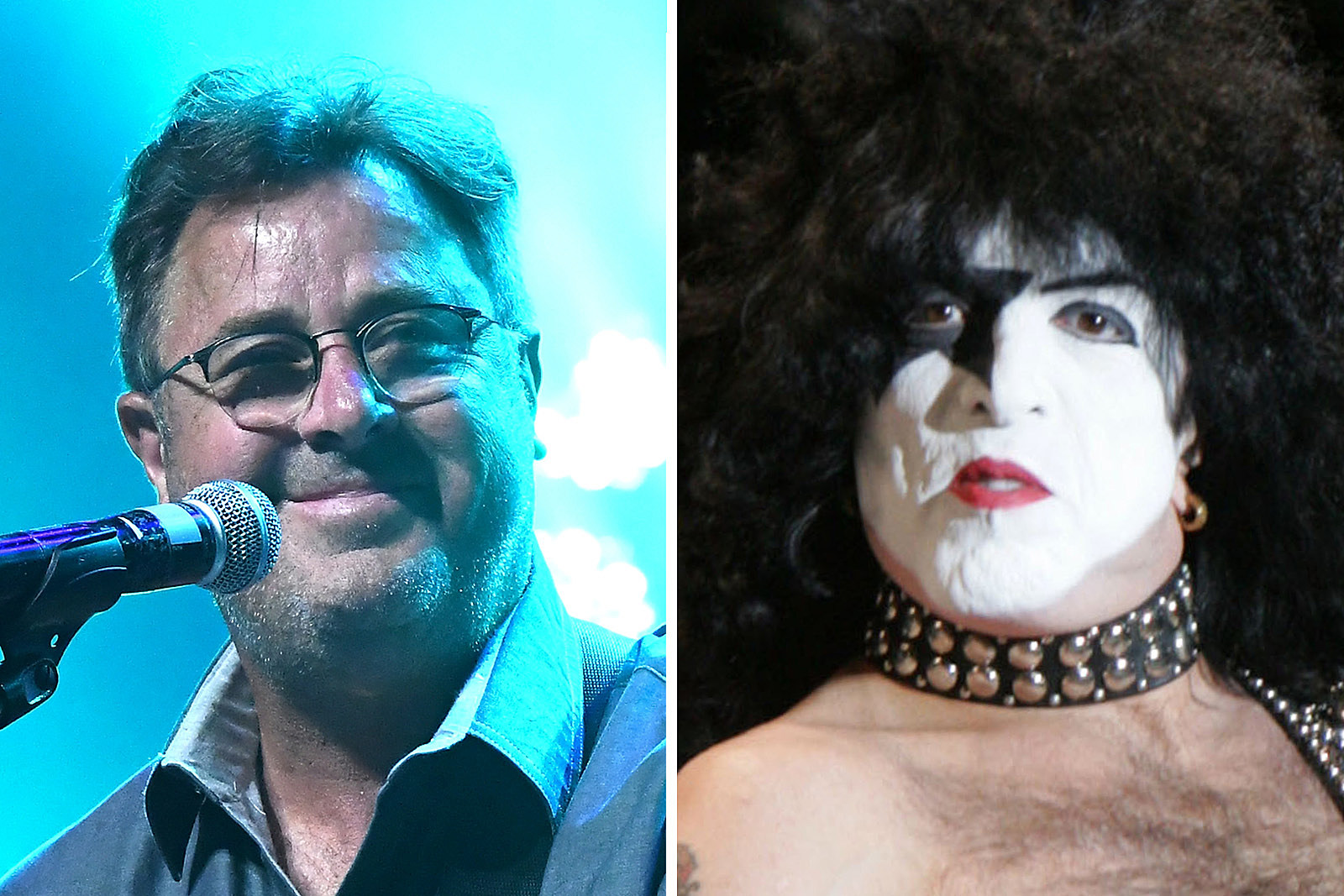 Vince Gill is no stranger to massive crowds, especially since he joined the Eagles in 2017. But an early taste of a large-scale show was a different type of experience: He opened for Kiss as a member of a locally famous bluegrass band.

Unsurprisingly, the performance didn’t last long. Called in at the last moment when the scheduled support act canceled, Gill’s group spent less than 10 minutes onstage in Oklahoma that night in the ‘70s. Even though they were bottled off, he remembers loving it.

“[W]e got a phone call: ‘Hey, can your band come down and open the show?’” Gill recalled on SiriusXM recently. “They didn’t tell us who we were opening for. So, we get this makeshift bluegrass band of four or five guys, and go down there with our mandolins and our fiddles. I’m driving by the Civic Center and I see on the marquee it says, ‘Kiss, appearing tonight.’ Kiss! And I went, ‘Nah, can’t be. That’s just not possible. … We must be doing a Shriner’s convention in the basement or something.’”

The promoter soon confirmed that Gill’s band was indeed expected to open for Paul Stanley, Gene Simmons and company. “It was late and we set up, and we went out there,” Gill said. “They’re ready for blood and guts and rock ’n’ roll, in their painted faces, and they’re mad. … So, we didn’t last very long. The first song finished and the whole place started booing … not lightly booing, but angrily, like a bad football game ending. … It was intense, and I must say I kinda liked it! You know, I enjoyed hearing that many people pissed off.”

His enjoyment lasted right to the end. “The more they got that way, man, the more I was having fun,” he noted. “I said, ‘Well, thank y’all, we appreciate that. We got another one picked out for you we know you’re gonna like as much as you liked that last one.’ And I was just pouring it on, wearing them out. Then they start throwing stuff. We didn’t make it through two and a half songs or something like that. We were [dodging] beer bottles and what not, so we finally decided to leave. On my departure I hung the bird, bent around and grabbed my ass and said, ‘Y’all can kiss my ass!’”

Gill’s mom has proof that it really happened. He described a newspaper clipping that read: “The weirdest part of the night was the opening act. Whoever thought this was a great idea? Local bluegrass band tried to open the show and it didn’t go very well. … Group member Vince Gill on his departure showed the crowd which part of his anatomy the crowd could kiss.”

Around five years later, when Gill was in the country-rock band Pure Prairie League, he found himself signed to Casablanca Records and a labelmate of Kiss. “I saw Paul Stanley at some party and I introduced myself,” Gill remembered. “I said, ‘Do you by chance remember gig some years back, where a bluegrass band … .’ He goes, ‘Yeah! They were gonna riot!’ I said, ‘Yeah, I was in that band!’”