When Grunge Fans Made Slash a Joking Matter 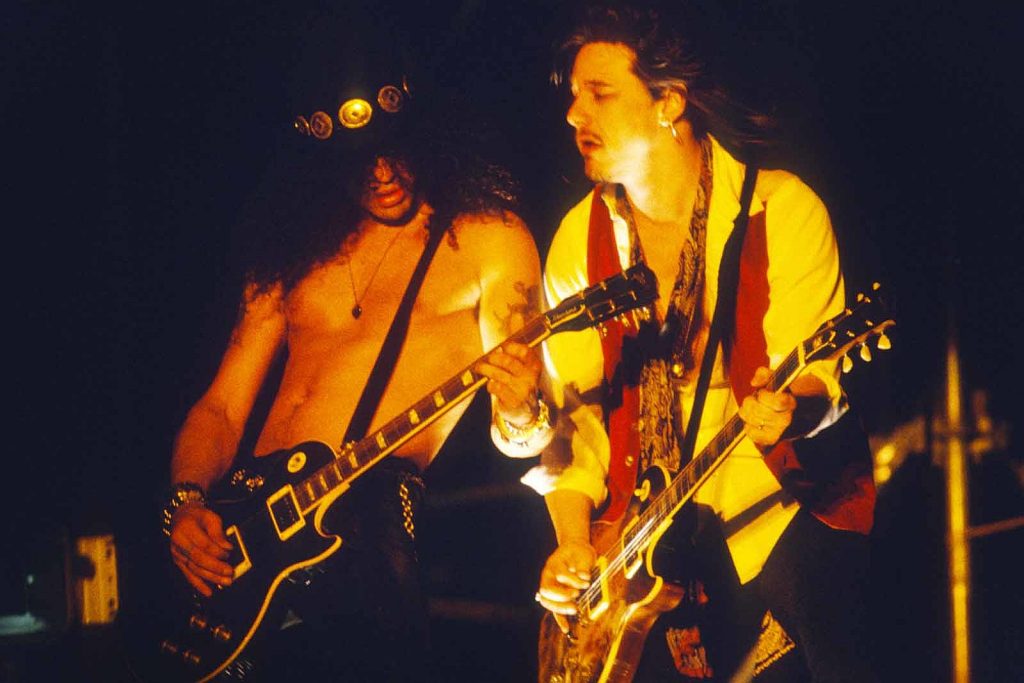 Former Guns N’ Roses guitarist Gilby Clarke recalled an incident outside a club that proved how the grunge revolution had changed music in the early ‘90s.

He admitted the new movement had more or less passed him and most of the other band members by, because they were touring when the change came – although frontman Axl Rose had been aware of what was going on.

“Axl was always on top of that stuff,” Clarke told ‘80s Metal Recycle Bin (below). “He loved Nirvana, he loved Soundgarden, he loved Pearl Jam. He liked a lot of those bands a lot more than, I would say, myself, Slash and Duff [McKagan]. … We were a little slower to the change.”

It later became clear to them, though. “I think when we really noticed the big change is when we got off the road,” Clarke said. “I had made a solo record; Slash had made a solo record. We were playing stadiums one year, and next year we were playing clubs. … Two or three years earlier, and Slash’s solo band would have been playing in an arena. So we could definitely tell the climate had changed at that point.”

As evidence, he told of a night when he and Slash were leaving the iconic Rainbow Bar & Grill in West Hollywood, Calif. “And somebody saw Slash and goes, ‘Oh, my God – look, it’s Slash!’ But they were laughing, like he was a cartoon character, not Slash from Guns N’ Roses… three or four years before that, [he] was the coolest motherfucker on the planet.” He added: “So that was a couple of things that we could kind of tell that things were changing a little bit. Some bands were starting to be a little cartoonish rather than having the musical credibility.”