When INXS Embraced New Direction on ‘Welcome to Wherever You Are’ 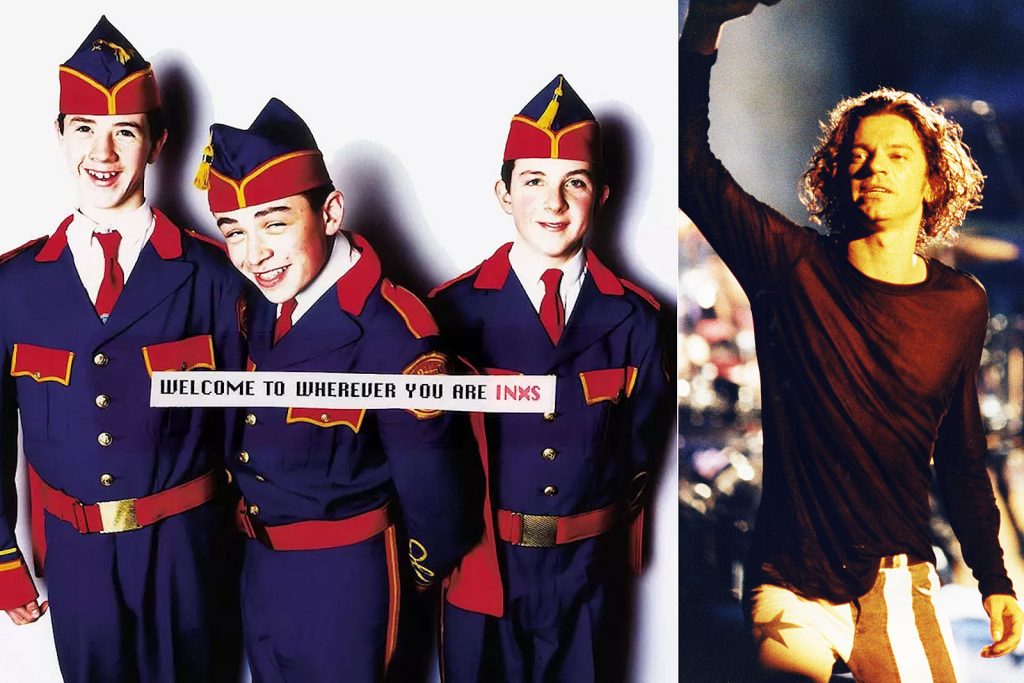 INXS‘s eighth album kicks off with a song called “Questions” – which is appropriate because there are still queries about where Welcome to Wherever You Are fits in the band’s story.

Coming off the multiplatinum trifecta of Listen Like Thieves, Kick and X (and platinum success with 1991’s Live Baby Live concert set), the Australian sextet was at a bit of a crossroads. Despite X‘s global success – including its fourth consecutive No. 1 at home and a No. 5 peak on the Billboard 200 – there was critical grousing that the album was more of the same.

“We kind of felt the same way [about X], although we liked the album,” singer Michael Hutchence told this writer at the time of Welcome to Wherever You Are‘s release. “You know, we’ve been touring so hard, all around the world. It hasn’t left the time that maybe we’d like to be creative.”

Saxophonist and guitarist Kirk Pengilly also noted at the time, “We’ve done a lot of shows in our 15 years together, but only eight records. We usually tour up to two years after each album, which means there’s been three years between some of the albums. We want to record a little more. If you constantly go album-tour-album-tour, it ends to keep sort of squashing creativity. Just when you really get going, you go out on tour and lose that spark again.”

So INXS approached Welcome to Wherever You Are with an eye toward change, or at least musical adventure. Chief songwriters Hutchence and Andrew Farriss were working on the material during the X world tour and hunkered down even more as soon as it wrapped, with the band rehearsing the new material for a time at the Sydney Opera House and looking forward to the sessions.

Those, however, became a bit fraught. INXS had changed producers, moving from Chris Thomas after three albums to Mark Opitz, who had worked on 1982’s Shabooh Shoobah.

Hutchence spoke of wanting to be “more raw” in the band’s approach, though Welcome … would also feature some of the group’s most ambitious productions. “We’re feeling pretty comfortable in the studio at the moment,” Pengilly acknowledged.

But INXS faced a variety of complications as work continued at Rhinoceros Studios in Sydney. Guitarist Tim Farris missed most of the sessions as he dealt with a painful exostosis (bone spur). Bassist Garry Gary Beers and his wife were awaiting the imminent birth of their second child, while Pengilly was suffering the end of a long relationship and drummer Jon Farris was preparing to marry.

Producer Opitz said in the official band biography INXS: Story to Story that “the album is very much Andrew, Michael and myself. We didn’t have everyone’s minds on the job because some of them were going through significant things in their personal lives.” (Pengilly began dating Australian singer Deni Hines after she sang on the tracks “Not Enough Time” and “Strange Desire,” and they married in December 1993, although their union lasted just 10 months.)

But all hands were on deck when INXS recorded two tracks – “Baby Don’t Cry” and “Men and Women” – with the 64-piece Australian Concert Orchestra conducted by Colin Piper. “That was something different,” Pengilly recalled. “We recorded the whole track live, with the orchestra and band playing together. During one of the breaks, when we were out mingling with some of the [orchestra] players, they asked, ‘How come every time we do a take it sounds different?’ One of the guys explained to them that we were actually playing live with them. They were astounded; they’re used to playing to a prerecorded backing track. Consequently, the take after that was really fantastic because they were so jazzed up that we were playing together.”

Welcome to Wherever You Are was, by most measures, a success when it was released on Aug. 3, 1992. It debuted at No. 2 in Australia, albeit after four consecutive No. 1s, but bowed at No. 16 on the Billboard 200, a steep drop from X‘s No. 5 showing. It was, however, certified platinum, and launched Top 10 hits in the rocking “Heaven Sent,” “Taste It” and “Not Enough Time.” The band would not hit that level again; their next three albums with Hutchence charted lower and did not sell as well, a commercial downturn amid grunge from which the group never recovered.

“We were happy with [Welcome to Wherever You Are],” Andrew Farriss told this writer years later. “We worked really hard. I thought there were some really good songs on there … that still hold up. I still talk to fans who say it’s their favorite album, so I think it connected with a lot of people.”

INXS also dialed down their touring at that moment, supporting Welcome to Wherever You Are with small hall and club dates in North America and elsewhere. “I guess we’ve had enough success,” Hutchence said at the time. “We’ve done Wembley Stadium. We’ve played to 100,000 people in Sydney. Don’t get me wrong; it’s been great … but it’s just as exciting in many ways to do a club tour around the world. It’s still the same music and everything, but it has a really different feel to it.” He added that fans in some territories, including North America, had not had a chance to see INXS in more intimate spaces because outside of Australia they’d hit the ground running opening for Men at Work and the Go-Go’s, among others.

“The odd thing about being from overseas and having a semblance of success right away is people have never really seen you do the gigs that made you, the real early stuff in the clubs like we used to do in Australia,” Hutchence explained. “We want to give our fans over here a taste of that.”

The Welcome to Wherever You Are tour was much shorter than its predecessors, however. INXS was back in short order, working on a follow-up, 1993’s Full Moon, Dirty Hearts, again with Opitz.