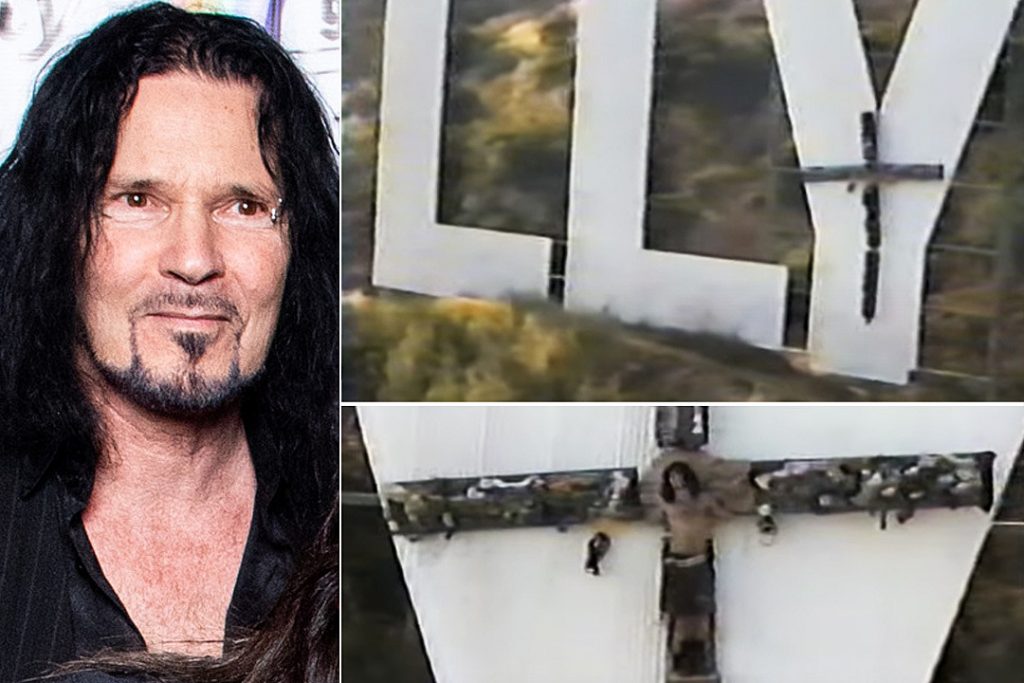 In 1992, Love/Hate were facing the same problem as many other rising rock bands. They’d been discovered playing high-energy shows in Los Angeles, and their 1990 debut album, Blackout in the Red Room, sold well enough to secure tours with Dio and AC/DC. However, the band’s label wasn’t happy with its next recording, Wasted in America, and tried to get ahead of the musical change that was visible on the horizon.

“People were talking about Nirvana,” singer Jizzy Pearl reflected in a 2021 interview. “It was a word-of-mouth thing: ‘Have you heard about them? Have you heard them?’ And that’s how it sorta started in the wind. Guns N’ Roses were still huge, they were still the kings, but shit was changing.”

Pearl began thinking about how to draw more attention to the band, at a time when bassist Skid Rose was experimenting with making art movies. The conversation led to a visual performance idea that had been rolling around Pearl’s mind for years. “I would be on the freeway, stuck in traffic, and I would look up at the Hollywood sign, which is obviously iconic,” he said. “There’s something about it that draws people to Hollywood … it teases you and it taunts you. At the end of my poverty cycle, I was getting mad; I was getting really mad. I was looking at that sign and I just thought, ‘You know what? Maybe what it takes to make it in this town is a good old blood sacrifice!’”

Not far from his thoughts was the tragic story of Peg Entwistle, a Hollywood starlet who had killed herself by jumping off the sign’s “H” in 1932. “I was really going with that idea for a minute,” he recalled. “That was the germ of that thing … originally I thought, ‘Let’s crucify ourselves on this sign as sort of a homage and a plea for the rock gods to take us out of this poverty.’”

With Rose eager to make a film in which Pearl played a “sacrificial lamb,” the crucifixion idea took form. Rose built a cross – 30 feet long and 20 feet wide – with a platform for the singer to stand on. They hung it off the side of their rehearsal studio, the first time Pearl began to think about the risks associated with the stunt. Looking at the nylon rope provided for him to climb down onto the platform, he said: “Maybe this isn’t very safe.” Rose countered: “I’ll show you how safe it is.” Pearl remembered that Rose “climbs over, grabs the rope – and falls, straight on his ass. It looked like Mario Brothers! I just thought, ‘This isn’t going to happen.’”

But it did. One night in June 1992 the pair, along with drummer Joey Gold and a friend, carried the cross in sections up to the Hollywood sign and hid it behind the “H.” The next afternoon, they returned to assemble it against the “Y.” From the scaffolding that supports the sign, 60 feet above the ground, Pearl realized he passed the point of no return. “Singers kinda have to fall on their sword for rock,” he said. “Skid couldn’t do it because he had traffic warrants. I was going to get arrested – that was OK.”

As he climbed down a $5 ladder onto the cross, he thought, “There’s death on the bottom. And all of a sudden the chain ladder, which had been twisted a bunch of times, it unkinks itself, so I’m swinging in the air, screaming and swinging on the other side of the cross. … I finally calm down and stop screaming, I find the footing on the cross, and I’m hanging on. [Joey]’s running down the hill, laughing. I’ll never forget that fucker – he’s turning around looking at me, laughing.”

Alone on the cross in the baking-hot sunshine, while his friends were “getting high” in the nearby park, Pearl expected to be there for around half an hour before the cops showed up. “My sacrifice fell on deaf ears,” he lamented. “I’m up there and no one cares!” In the end, it took nearly two hours before a passing news helicopter spotted him and the media frenzy started.

Despite being “freaked” and “really tired,” Pearl didn’t “want to fuck it up” as the chopper fed him onto live TV. “I don’t want to flip him off, you know what I mean? I just want to act casually. And then once he came, they all came, all the press. … They thought it was a suicide and were disappointed!”

Finally, he saw some “firemen, cops, a pissed-off park ranger” on the ground beneath him. “They’re yelling at me to come down, and I’m like, ‘I can’t come down, I’m stuck!’” Pearl recalled. Trying to remain in character despite his exhaustion, he noted, “I didn’t want the epitaph to read we did this amazing thing and then I said something stupid. So I just kinda said, ‘I’m an artist and art speaks for itself.’” Sadly the “square” news reporters boiled that down to “wanting to sell records,” which was not the message he was trying to send.

“The cops made a big deal of cuffing me like I was the Night Stalker,” Pearl said. “They kept me in jail for hours and hours. … I had to pay for a lawyer and do a few days of community service, painting graffiti over with winos in the Hollywood Beautification Team in yellow shirts.” But he asserted it had been an “outlandish” stunt. “People mess with the sign, you know, Hollyweed – ho-ho-ho – but no one went for the Jesus Christ pose,” he said.

It didn’t have the impact he had hoped for. The news cycle rolled on, and the label was upset about the coverage, to the point that it withdrew support for Love/Hate’s planned tour with Black Sabbath and dropped the band soon afterward, sending it into the slow descent toward breaking up. The biggest reaction came from the Hollywood Chamber of Commerce, which upgraded the sign’s security systems to make sure no one would repeat the stunt.

“They didn’t want me, or someone like me, doing something crazy to their lauded landmark,” said Pearl, who went on to work with Quiet Riot, Ratt, Adler’s Appetite, L.A. Guns and others. “Yeah, that was my 15 minutes. … It’s still fuckin’ funny, I mean, you gotta admit!”