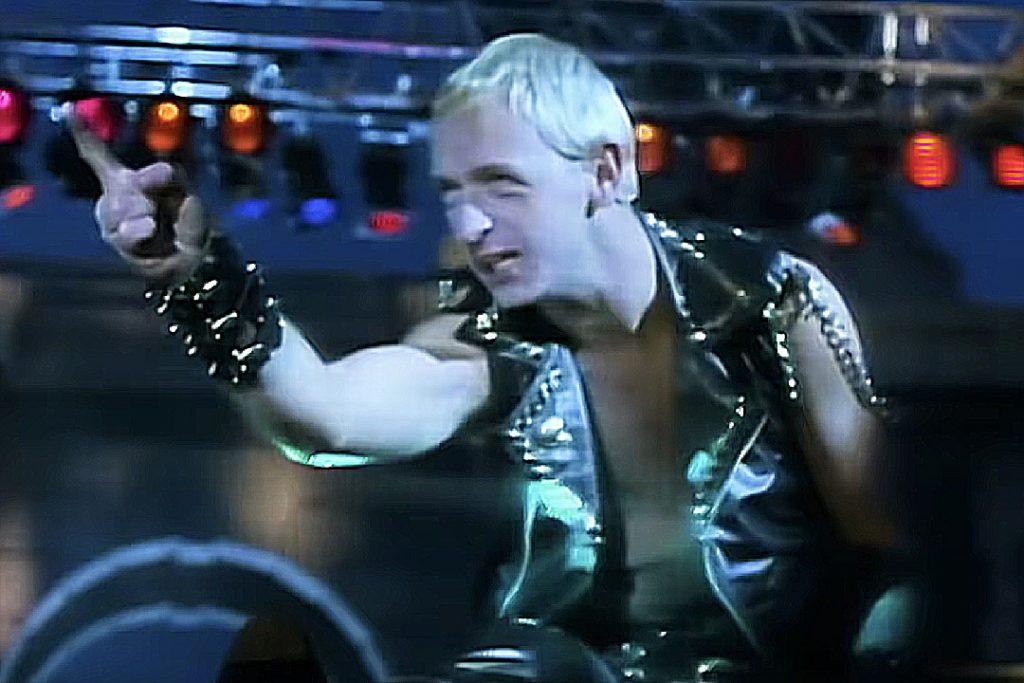 Judas Priest achieved their U.S. breakthrough with the 1982 single “You’ve Got Another Thing Comin’,” but only after the British group had come close to ditching the song from that year’s album Screaming for Vengeance. No one was completely convinced the track had earned its place on the record as they assembled it during recording sessions in Ibiza the previous year. It was only once work moved to Florida that the rethink began.

“We hadn’t really nailed it,” singer Rob Halford said in his 2021 memoir Confess. “It was buried down on Side Two of the album. At one stage, we weren’t sure it would make it onto the track listing.” He added that the song was loaded with “classic Priest themes of determination, never giving up and believing in yourself,” which perhaps prompted the members to have faith in what they had created. “As we re-listened to it in the Florida sunshine, we realized there might be more to it than we’d thought,” he said.

Former guitarist K.K. Downing credited Halford with saving the day. In his 2018 book Heavy Duty, he recalled listening back to “the pieces of a track that we’d had lying around without ever committing to fully.” He added that it “finally fell into our laps” when Halford said: “You could just imagine putting this on, getting in the car with the sun shining and then blasting down a freeway.”

“‘That’s it!’ we all agreed. ‘It’s got all the elements of a driving song,'” Downing noted. “We hadn’t been aware of that intangible ingredient when we wrote it. … But there’s no doubt that it had the kind of beat and tempo that, even if you were driving and going just 30 miles per hour, when you heard that duh-duh-duh-duh intro, you’d be simply compelled to accelerate. On top of that, it gave you a happy, carefree feeling that was just so undeniable. Better still, everything about America at that time seemed to revolve around the ethos of ‘get in the car, turn up the stereo and drive.’ It was the ideal song for the time.”

The next step came when Priest shot a promotional video for “You’ve Got Another Thing Comin'” with acclaimed eccentric director Julien Temple. “We mimed and posed away, and I decapitated a bowler-hatted bureaucrat with the power of heavy metal,” Halford said. “Good old Julien!”

By the time the band started its North American tour, Screaming for Vengeance was already its strongest-selling album to date. “It all went up a notch further when we released ‘You’ve Got Another Thing Comin’’ as a single,” Halford remembered. “MTV had just launched and was ruling the music world, and they loved Julien’s out-there video, sticking it on heavy rotation. As the single sped up the Billboard rock chart to No. 4, it felt as if we couldn’t turn on the radio and flick the dial without hearing it blasting out of an FM rock station.”

Downing described the hit as “without doubt the song that broke Judas Priest in America,” noting that “by the summer of 1982, it wasn’t just getting heavy rotation in our stronghold areas of St. Louis and San Antonio. That song was everywhere.”

The momentum was such, said Halford, that the band’s progress became “unstoppable.” “This was our moment,” he said. “We had built up a following as we slogged our guts out across the States over the last five years, and now we suddenly had a hit song blaring out of TV screens and drive-time radio programs. We had reached our tipping point.”