When Kirk Hammett Filled His Car With Stolen Liquor 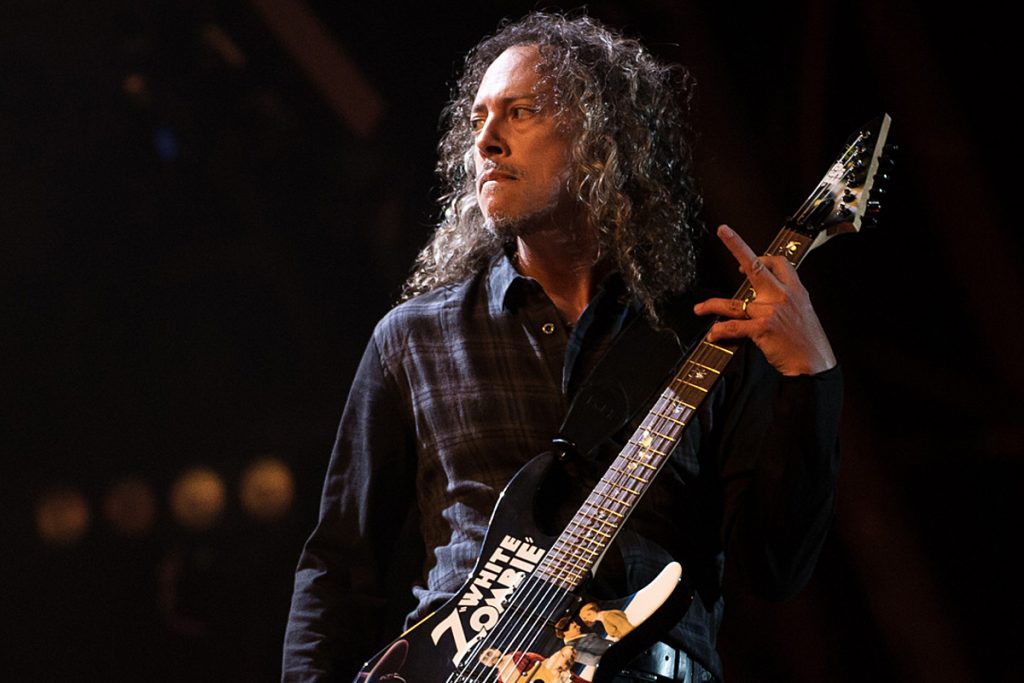 Slayer’s Gary Holt, an ‘80s bandmate of Metallica guitarist Kirk Hammett when they were in Exodus together, recalled the time they used to steal liquor from a burned-out store near their California home.

The revelation is among dozens found in a chapter devoted to rock stars stealing in Jon Wiederhorn’s latest book, Raising Hell (Backstage Tales From the Lives of Metal Legends) (via Loudwire).

“We would be in clubs or at parties and we’d take whatever we wanted, like alcohol and microphones,” Holt recalled of Exodus’ formative years. “Or we’d go to the little small local music store, and if we really needed something, we’d just sort of lift it – like strings or effect pedals if we could get to them. … We didn’t even consider it stealing. We considered it rightfully ours.”

He remembered “near where we lived, we had a local liquor store called the Wagon Wheel that burned down. We had nothing to do with that, but we waded through the burnt rubble of this condemned building, risking life and limb to get to the alcohol. The bottles with plastic caps were all melted. Kirk had this old Buick Skylark. We called it the Skymobile. And we filled his trunk with gallons of whiskey bottles with these black melted caps on them. We were scavengers. It’s part of what made Exodus great, that hunger and ambition.”

Stealing alcohol and microphones is an admission that appears frequently in the book. Judas Priest‘s Glenn Tipton, for one, recalled, “Back when we were starting out, there used to be a big cage around the bar, and the first 10 or 15 minutes after we arrived was usually spent trying to extract what we could in the way of whiskey and spirits from the bar with specially made tools with duck pincer clamps on the end so you could pick things up.”

He added that they also “never turn[ed] down the chance for a free mic. We could get £30 for a Shure DJ mic in any second-hand shop. The DJ was the enemy in those days. He was the bringer of un-live music, so he was a target. Usually, he was a nice guy, so it was a shame. He’d come around and say, ‘Have you seen a Shure mic anywhere?’ And we’d say, ‘No, sorry, no.’ And then we’d go sell it.”

Priest singer Rob Halford admitted the band’s light-fingered practices helped them develop their stage set. “Sometimes stealing could be constructive,” he said. “We’d play a venue, and if they had a few lights, we’d always nick one. Our first lighting rig was put together from nicking this lamp and that lamp from all of these little clubs. We felt, well, if we take just one, they won’t miss it, which invariably, they didn’t.”