When Led Zeppelin Shattered Attendance Records at the Silverdome 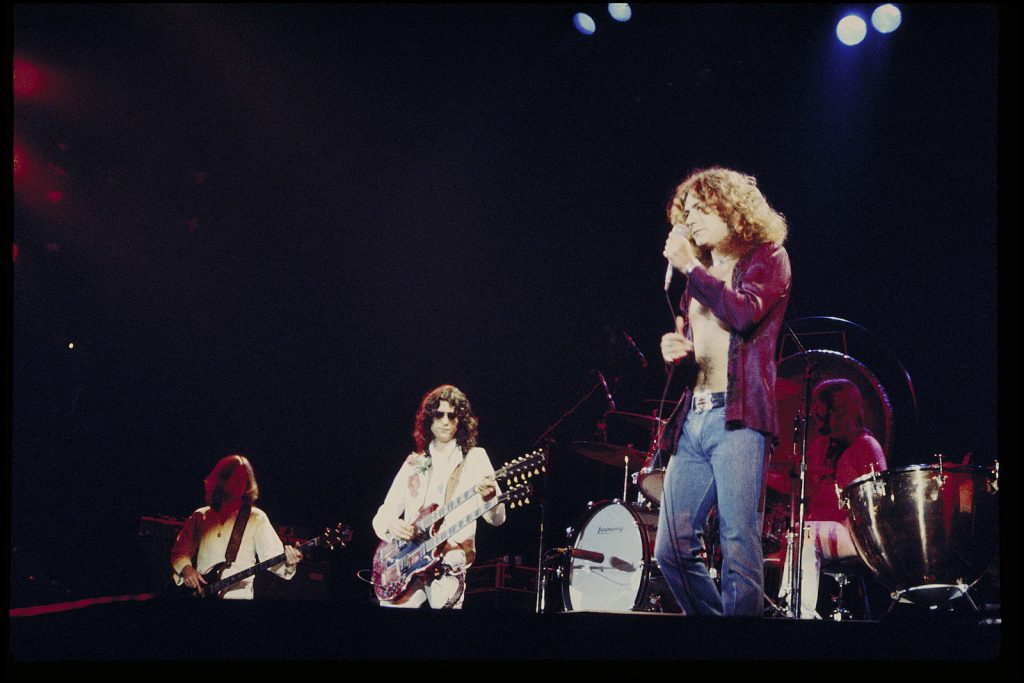 Led Zeppelin were no strangers to record-setting stadium concerts by spring 1977. But even by their standards, their mammoth performance at the Pontiac Silverdome near Detroit was a standout.

During nine years of touring, the group had played more than its fair share of shows in front of crowds in the tens of thousands, packed into stadiums around the world and especially in the United States. Zep broke the Beatles‘ Shea Stadium record at Tampa Stadium on May 5, 1973, with a crowd of 56,000 and a gross of $309,000. The previous day, after a sold-out show at Atlanta Stadium, the city’s mayor declared Led Zeppelin the biggest thing to hit Atlanta since Gone With the Wind.

The Silverdome topped them all, however. Led Zeppelin played the roofed home of the NFL’s Detroit Lions on April 30, 1977. It was the last show on the first leg of that year’s North American tour, the group’s first trek since 1975, when frontman Robert Plant broke his ankle and elbow in a car accident in Greece that forced the cancellation of a planned summer tour. The 1977 trek was thus promoting both Presence, which came out in March 1976 and rocketed to No. 1 in both the U.S. and the U.K., and The Song Remains the Same soundtrack from September 1976.

“That show is still my No. 1,” former Detroit Tigers star Kirk Gibson tells UCR. Gibson, then a Michigan State University football and baseball letterman, was hired along with teammates to serve as security guards in front of the stage, in his case taking up a position inside the barricade between Plant and guitarist Jimmy Page.

“They had the [barricade], and behind that were these 55-gallon drums full of cement that I was standing on the whole show,” remembers Gibson, who also played for the Los Angeles Dodgers, managed the Arizona Diamondbacks and currently works as a broadcaster for the Tigers. “People were pushing up against the wall pretty good. We pulled several people over the wall. They were very hot, and some of them were disrobing, and some were trying to get over the wall ’cause they were just exhausted.”

Despite the enormous crowd, the Silverdome show — a three-hour affair that began with “The Song Remains the Same” and wrapped with “Trampled Under Foot” — was remembered as more orderly than many of the shows on the tour, which were marred by riots and other misbehavior. “Police and stadium officials said they were amazed at the relative tranquility of the throng, after earlier expecting the worst from the Led Zeppelin faithful,” Billboard reported.

“This is one of the smoothest shows we’ve ever had,” tour manager Richard Cole told the publication prior to the concert. “For the amount of people, I’m pleasantly surprised. Frankly, we expected trouble.” Pontiac police chief William Hangar was also pleasantly surprised, telling Billboard, “This is the first time in five big rock shows at the Silverdome that we’ve had no problems with crowds rushing the turnstiles or a major tie-up on surrounding roads.” Police reported fewer than four dozen arrests, mostly for drug possession and open liquor bottles, while six fans were treated for apparent drug overdoses and two were injured by fireworks thrown at the stage.

The concert was also the fastest sellout in the history of the Silverdome, which opened Aug. 23, 1975, and closed for good in January 2013. (It was imploded in December 2017 and is now the site of an Amazon distribution facility.) Tickets went on sale at 8AM on March 20 and quickly disappeared. “At 11AM we issued announcements telling people not to come to the stadium because of traffic jams,” stadium promotions director Gerry Baron told local media. “At noon we announced we were closing the ticket office at 3. We stayed open until 10 and sold out.”

Led Zeppelin took a nearly three-week break before resuming the tour in Birmingham, Ala. In the interim, Plant, Page, Grant and John Paul Jones attended the Ivor Novello Awards in London on May 12, where the group received an award for Outstanding Contribution to British Music. The tour completed its second leg, but the third, which began on July 17 in Seattle, was canceled after four dates when Plant’s 5-year-old son Karac died from a stomach virus in England, marking the last time Led Zeppelin took the States by storm.