When Metallica Used a French Horn Without Knowing What It Was 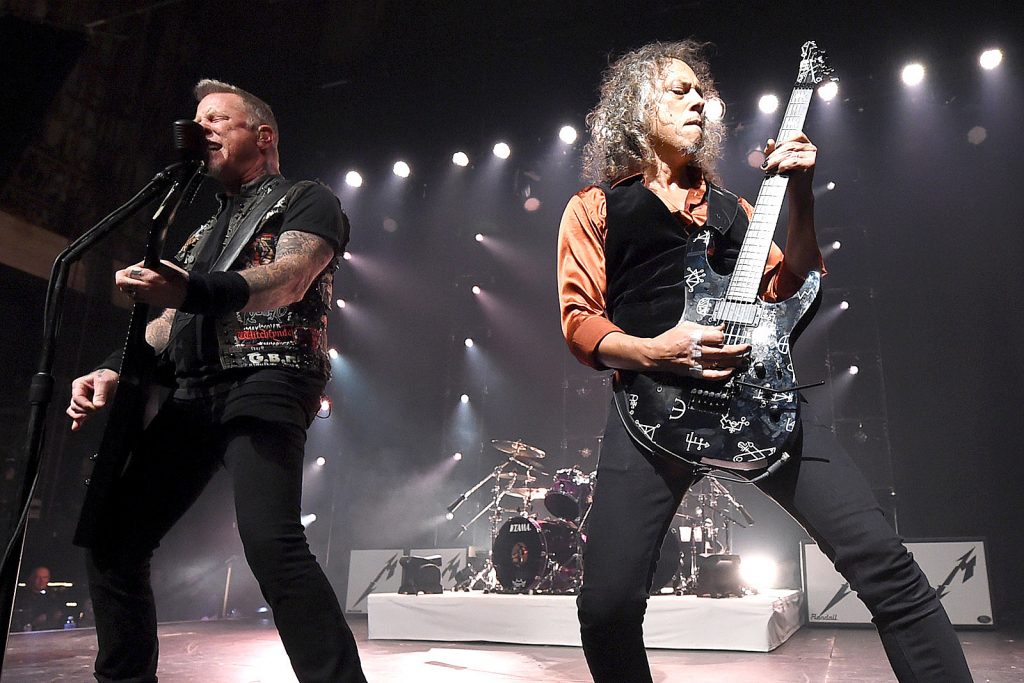 Metallica guitarist Kirk Hammett admitted the band included a French horn on a track from their Black Album without being aware of what the instrument actually was.

Hammett and frontman James Hetfield discussed how they aimed to make their 1991 record as unique as possible, and how producer Bob Rock assisted them in their goal.

“It might’ve been difficult to work with us at that time,” Hetfield told Guitar World in a recent interview. “I do not deny that whatsoever. We were very close-minded, very fearful. Very insecure about giving up any control. Very insecure about our actual talent playing-wise and singing-wise. And that usually sends me into a place of fear, of anger, of posturing, all those things. So Bob did have to fight through a lot of those walls we kept putting up out of sheer fear, really.”

Hetfield noted that he’d always been interested in production, and Rock’s experience proved invaluable. “We fashioned ourselves as producers, Lars [Ulrich] and I,” he said. “But it’s just because we knew what we wanted and that was it. There was not any openness. There wasn’t any depth or knowledge, sonically. So Bob taught us a lot about that, and I was so excited to open his toy box of different sounds, different gear, different pedals, different percussive aspects.”

Hammett elaborated on some of the Black Album’s sonic flourishes. “You know, there’s prominent percussion all over the place,” he said. “There’s a shaker and an egg on every single track on that album. It’s real subtle, but if you listen for it, you can hear it. There’s a French horn in the beginning of ‘The Unforgiven.’ I mean, I fucking didn’t know what a fucking French horn was. We had no idea what a French horn was. But we were like, ‘Okay!’ And these were ideas that were brought to us by Bob Rock. But any opportunity to make the songs more unique, more individual, more intense, we did it.”

Listen to Metallica’s ‘The Unforgiven’

The Black Album also found Hetfield becoming more introspective with his lyrics. “I knew I didn’t want to just be a storyteller or a documentarian, only going over external things,” he said, nodding to his previous writing. “And I did discover that if I’m singing about what’s going on inside me it can’t really be wrong. If I’m writing a song about a historical thing, which we had done before, I can certainly get facts wrong. And not that that matters — this is all art at the end of the day. But if I’m writing from the inside out, it’s going to connect with more people. So the lyrics became a lot more personal. They became a lot more of a therapy. And writing that way became more of a lifestyle and an expression for me.”

He continued: “Songs like ‘Nothing Else Matters’ and ‘The God That Failed’ and ‘The Struggle Within’ and ‘The Unforgiven’… I mean, most of them on the Black Album are the beginnings of me uncovering my struggles as a human on this planet, and dealing with stresses, with fame, with addiction, with family, with travel, with all that stuff. It became a lot more of an outlet. I felt like I belonged a lot more by doing that.”