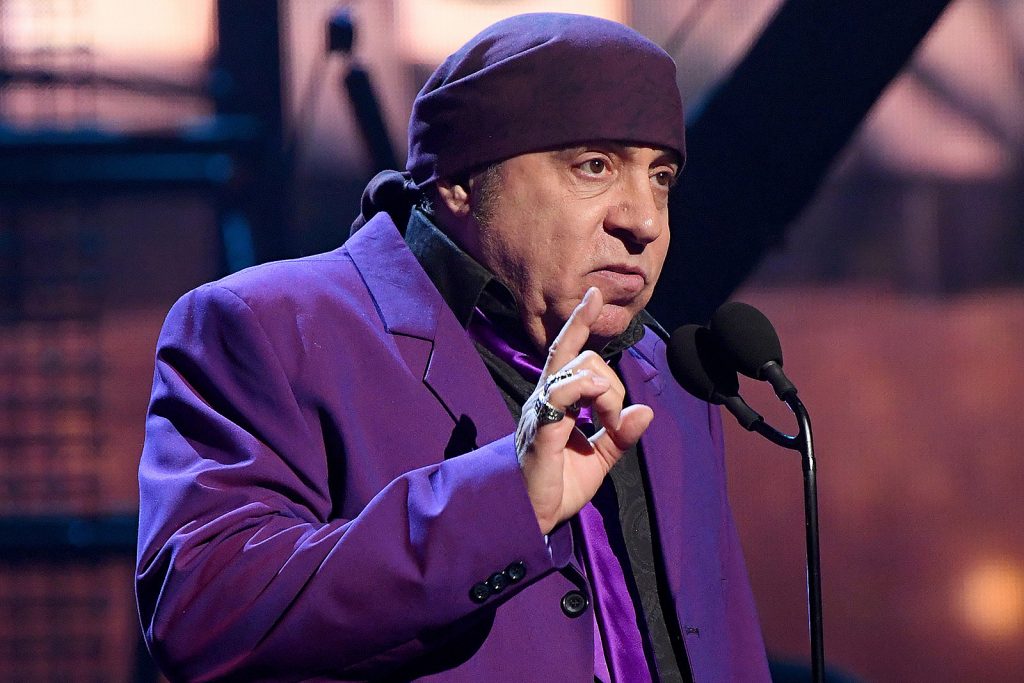 Steven Van Zandt recalled the time one of his heroes pulled a gun on him and noted that other meetings with people who’d influenced him had gone better.

In a recent interview with Classic Rock, he spoke about avoiding such encounters, asking, “If your hero turns out to be an asshole, what are you gonna do? It affects you.”

He went on to tell of the moment he met blues guitarist Freddie King, who died in 1976. “I went to see the Rolling Stones at Convention Hall in Asbury Park with a few friends,” Van Zandt said. “And afterwards they wanted to go to the hotel to get their autographs. I didn’t want to go to this smart Berkeley Ocean Front place, but we tripped down the hallways like a bunch of kids.

“One of us noticed that Freddie King, who had opened the show, had his door ajar. So my friend pushed me inside and said, ‘Let’s go in and meet him.’ Like a fool, I asked, ‘Could we have your autograph?’ He picks up a pillow off his bed, and underneath is a big fucking .45, which he grabs and gives me a fucking dirty look and tells me where to get off.”

Van Zandt added that “to this day I don’t play any Freddie King licks. I won’t play his songs. See, it does matter – heroes can let you down.”

But he spoke more warmly of many other influences, including two members of the Beatles. Recalling that his first conversation with Paul McCartney was to compare notes about running a radio show, he said, “I only knew him to say ‘hello’… we’d never talked face to face, but we spoke for an hour and he was amazing.

“The thing I realized was I had to get some distance. I couldn’t come over like a starry-eyed 13-year-old kid with a bunch of Beatles records. I had to remove myself because I wouldn’t have been able to speak. Luckily he spoke enough for us both and played some of the best rock ’n’ roll music I’d heard in years.”

Van Zandt admitted it had taken time to get comfortable with Ringo Starr. “I knew him before he quit drinking and, you know, he could be a touchy guy,” he explained. “Mood swinger. Then he cleaned up his act one day just like that and became the nicest guy in the world.”

Starr once told Van Zandt about plans to emigrate to America when his pre-Beatles band Rory Storm and the Hurricanes failed to secure a record deal. “He was desperately trying to go to the States,” Van Zandt recalled. “He wanted to live in Texas and become a cowboy. The trouble was … because he was so sick as a kid he never went to school and therefore he couldn’t fill out the official forms. That was the only reason why he didn’t emigrate, which was funny.

“Talk about fucking destiny or karma,” he added. “I believe his next band did all right.”