When Robert Plant and Ian Anderson Settled Feud They Never Had 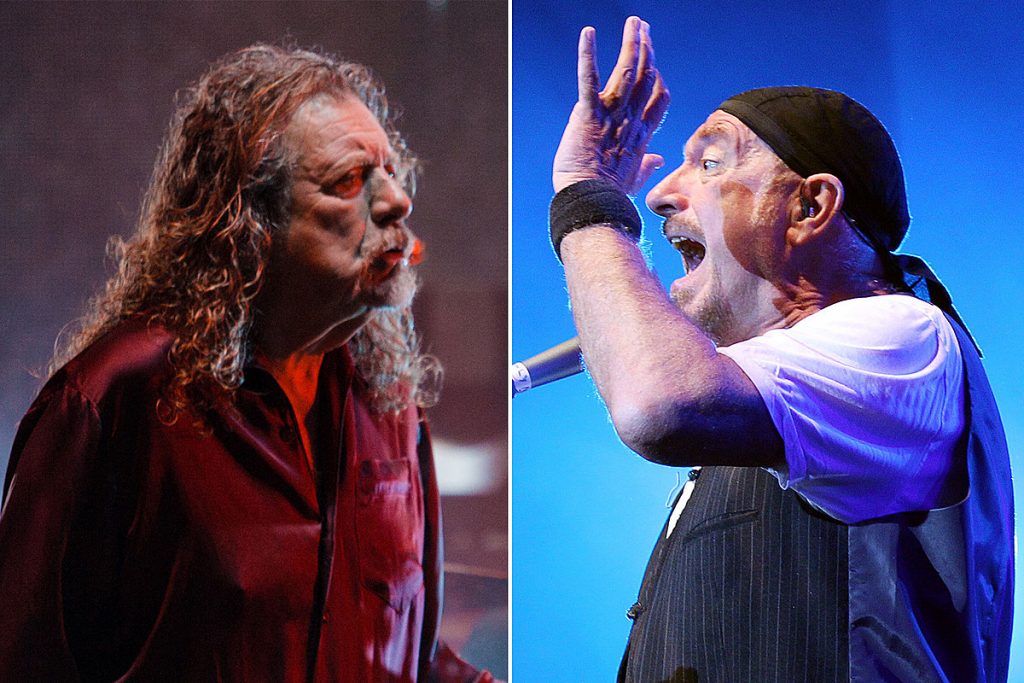 Ian Anderson talked about a decades-old rumor that he and Robert Plant have been feuding ever since Jethro Tull opened for Led Zeppelin in the U.S. in the ‘70s.

Anderson said the pair had met and briefly discussed the “absurd” story, which he insisted has no basis in fact.

Asked in a recent interview if he expected to be asked questions he didn’t want to answer during the Q&A parts of his upcoming tour, Anderson told EonMusic, “While Mr. Google is an endless source of amusement and fun, as indeed is his second cousin Mr. Wiki, we can’t always believe what we read. … Some things do get endlessly copied and pasted, and they’re based on some sort of folklorish or even scurrilous untruth in the first place. So when people ask me about my ‘feud’ with Robert Plant, then they can expect a sharp retort, because there was never a feud between me and Robert Plant. It’s one of these absurd things that seems to come up.”

Anderson explained that the pair hardly interacted when they toured together, because “Led Zeppelin were Led Zeppelin; they were rock gods, and we were the humble support act. … We rarely spoke, particularly to Robert, who was on a higher plane, as a vocalist, and as a person. Jimmy Page was a little bit more friendly, but Bonham, you steered a mile away from, because he was a raving nutcase! He was always polite enough to me, but I probably just saw him on a rare good mood.”

The frontman noted that he and Plant met some time afterward: “He said, ‘I hope we can put that behind us,’ and I said, ‘What?’ And he said, ‘Whatever it as we are supposed to be feuding about,’ and I said, ‘Exactly!’ We never had a feud, because we didn’t really communicate.”

Anderson also speculated that stories about Led Zeppelin being “hell-raisers who barged their way across America … [were] probably wildly exaggerated.”

In 2018, Anderson recalled the time Plant guested with his band before either of them found fame, and how he was “fearfully” impressed by the other singer’s “God-given talent.” He said he “got out of there pretty quickly” as a result.