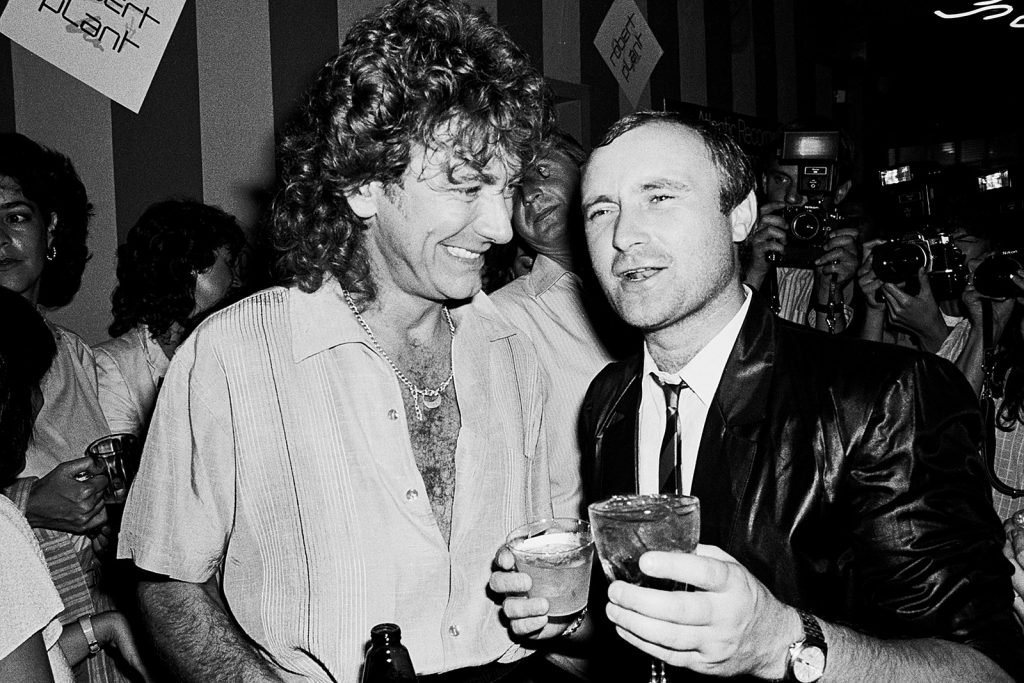 Robert Plant was busy plugging away at a Welsh studio in the early ’80s, while the rest of the world all but considered his career over. Pessimism pushed him on, even while creating what would become his debut solo album, Pictures at Eleven.

“I could tell people were saying behind my back: ‘That’s it, he’s finished. He’s not going to come up with the goods at all,'” Plant said in his first interview following Led Zeppelin‘s split in 1980. “All the time I was working down at Rockfield, no outsiders heard the record, but I knew what was happening. It was just getting better and better.”

Plant was expecting his new work to be harshly criticized. “There’s been so much slating in the past when I’ve tried really hard,” he said, “and I thought there wasn’t much chance of the album being well received.”

He turned out to be mistaken. Despite being a significant sonic departure from what most people had come to associate the hard rock singer with, Pictures at Eleven reached No. 2 in the U.K. and No. 5 in the U.S. One song, “Pledge Pin,” was particularly well-liked, reaching No. 11 on Billboard‘s Top Tracks chart after arriving as the album’s second single, following “Burning Down One Side.”

Released in November 1982, “Pledge Pin” was written with one of Plant’s oldest friends, guitarist Robbie Blunt. “I met Robert, actually, when I was probably 15 years old,” Blunt recalled in 1985. “He came and dragged me out of the house to go and play in this band he had called the Crawling King Snakes, which was an R&B band. I mean, it goes back that far. We used to just be buddies, go drinking together.”

Blunt and Plant reconvened as part of the Honeydrippers after Zeppelin ended, then decided to try their hand at composing. They would sit down together and write as one unit, a process that Plant said was “quite comfortable,” despite never having happened before. “But I’d known him for a long time anyway, so I mean, it was just a little weird enveloping him into what I wanted to do – and he to me, too.”

Then, Plant added, “it started pouring out.” “Pledge Pin” was one result of that collaboration, but after the album was released, Plant was careful to clarify that his work with a new guitarist shouldn’t be compared to what he had done with the previous one. “Let me put the record straight once and for all,” he said. “Robbie Blunt is a person in his own right, and he is not Jimmy Page.”

There were also new faces added to the mix like Phil Collins, who had reached out to Plant directly. “I’d really like to help you,” Plant later remembered Collins saying, “because this must be one of the toughest things you’ve ever had to do, musically.”

Collins played drums on all but two of the songs on Pictures at Eleven, and in the studio, he did very little holding back. “If he didn’t like something,” Plant remembered, “he’d stop halfway through, stand up and tell people why it wasn’t quite right.”

It was just the approach that Plant needed. Well aware of the challenges of launching a solo career, Collins encouraged Plant to be open and to push outside his comfort zone. “He gave me a lot of confidence because I was so used to working in a very close-knit team,” Plant said in 1982. “I really needed that kind of help, too. … I was in that [Led Zeppelin] camp for so long, suddenly I was standing alone going ‘Oh! There’s so much I can do.’ And he was a great help, apart from being an incredible drummer.”

The saxophone solo on “Pledge Pin” came from another new collaborator, Raphael Ravenscroft, who was best known for his playing on Gerry Rafferty‘s “Baker Street.” He also appeared on albums by Marvin Gaye and Roger Waters.

One thing that stood out on the single – and Pictures at Eleven as a whole — was how Plant’s vocal was mixed a bit farther back, with the drums and bass brought forward. It was a vaguely Led Zeppelin-like technique that made sense given that Plant had produced the album himself.

“My ears have gone,” Plant joked as the reasoning for it, before explaining that “Pledge Pin” naturally started like that. “It was really rocking without anything else on it at all,” he said. “Phil and the bass player Paul [Martinez] were going crazy and there wasn’t a great deal of room for anything else anyway. … The vocal on that track, it’s so removed from … the dynamics of the track intentionally. It’s like, melodic, while the rest of the track is flailing away, pounding away, that it just required that mix to me.”

In the long run, moments like “Pledge Pin” helped prove to Plant and his listeners that making the transition to a solo artist was mostly a matter of embracing whatever felt right and being willing to dig in when necessary. “I’m prepared to work,” he said. “I’m prepared to go out and I’m prepared to stand up and be counted. To me, everything is easy unless you make it difficult.”