When the Flaming Lips Got Slick and Beat-Driven With ‘Yoshimi’ 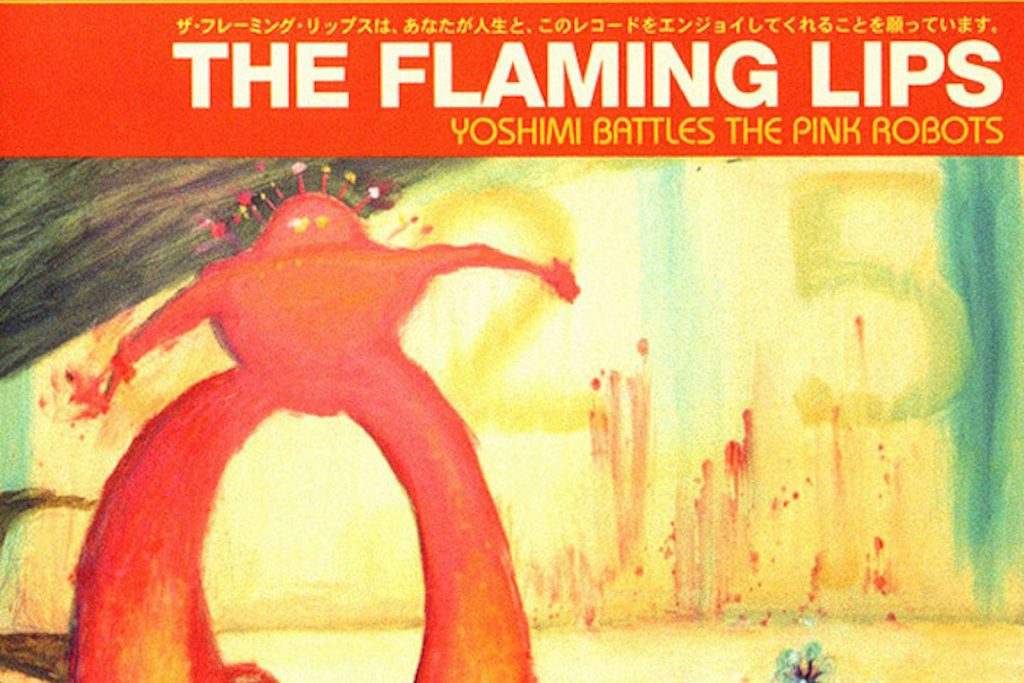 By 2002, the Flaming Lips had already pulled off some of alt-rock’s bravest (or, at the very least, weirdest) experiments: the 23-minute noise assault of “Hell’s Angels Cracker Factory,” the communal chaos of their “boom box experiment,” the four-CDs-at-once design of Zaireeka.

But for their latest and least likely detour, they simply turned on mainstream radio.

“When we were going to make Yoshimi Battles the Pink Robots, to us we were experimenting with pop music,” the band’s frontman, co-writer and overall ringleader, Wayne Coyne, told Yahoo in 2017. “We would listen to things like Nelly Furtado and Madonna, and we would say, ‘Why don’t we try to do that to our music?’ Wouldn’t it be funny if” – not thinking we’re making commercial-sounding music; we’re thinking we’re gonna put these big beats and these funny, quirky sounds to our simple, little, funny songs about robots. ‘Wouldn’t that be interesting?’ And it was!”

The Lips, launched in Oklahoma City 19 years earlier, had already taken massive strides toward accessibility, having evolved considerably from the scrappy psych-rock of their early days: Their ninth LP, 1999’s The Soft Bulletin, was roundly labeled a masterpiece, recalling a darker and more blown-out version of the Beach Boys‘ wide-eyed symphonic pop circa Pet Sounds. But the group — by now the core unit of Coyne, multi-instrumentalist Steven Drozd, bassist Michael Ivins and longtime producer and engineer Dave Fridmann — got way more single-oriented with Yoshimi, dabbling in slick choruses and stylish computerized rhythms that borrowed from contemporary hip-hop and R&B.

The sessions took place at Fridmann’s Tarbox Studios in Cassadaga, N.Y., unfolding concurrently with work on two lower-profile projects: a soundtrack to the Lips’ warped, low-budget sci-fi movie, Christmas on Mars, and another for Bradley Beesley’s hand-fishing documentary, Okie Noodling. But even through the mess, a distinct sound started to emerge.

Hear the Flaming Lips’ ‘Ego Tripping at the Gates of Hell’

“It wasn’t really focused,” Fridmann recalled in Jim DeRogatis’ 2006 book Staring at Sound. “Wayne just brought in the latest stack of CDs he’d been listening to and said, ‘OK, I like Bjork, I like Madonna, I like all these different elements of these different things,’ and I had been of a similar mind that if we were going to start something, this seemed like as good a way as any other to try something new.”

The production was brighter and punchier, with Coyne — whose singing always relied more on charisma and emotion than technical ability — at his most confident and pitch-solid. Drozd and Fridmann, meanwhile, brought beats to the forefront, blending programmed sounds with loops and samples of the former’s live drumming. This experimentation spawned a handful of classics, including the processed, strummy singalongs “Yoshimi Battles the Pink Robots, Pt. 1,” “Ego Tripping at the Gates of Hell” and “Fight Test” (the latter of which, following a settlement, now credits Cat Stevens as a co-writer, given its similarity to 1970’s “Father and Son”). But the centerpiece of this not-quite-conceptual album is “Do You Realize??,” the ultimate showcase for both Drozd as a grandiose arranger and Coyne as a sweet-sad philosopher.

“I mean, a song like ‘Do You Realize??’ – that is such a magical combination of things,” Coyne told Clash. “And even when we did it, part of me thought it was too blunt and too brutal, you know? And it was only because Steven [Drozd] and Dave Fridmann would say, ‘No, that’s what makes it great! It is so gentle and so optimistic, but it does have this one slice of the horrible reality of being a human.’”

Watch the Flaming Lips’ ‘Do You Realize??’ Video

Ultimately, given the clarity of its songwriting, Yoshimi never feels like some overt move toward pop or electronica or any particular trend. Plus, it still bounces around all over the place, touching on everything from proggy trip-hop (“Are You a Hypnotist??”) to psychedelic folk (“In the Morning of Magicians).”

And despite Coyne’s skepticism that fans and critics would embrace this sonic shift, Yoshimi pleased both: landing at a then-best No. 50 on the Billboard 200, scoring a Grammy for Best Rock Instrumental Performance (“Approaching Pavonis Mons by Balloon [Utopia Planitia]”) and earning some of their most effusive critical praise. (The album even served as the springboard for a stage musical that debuted on Broadway in 2012.)

“We really thought when we put it out that people would not accept it at all, like, ‘This is just a silly pop experiment. The Flaming Lips don’t do this very well,'” Coyne told Yahoo, reflecting on the LP. “But nobody did. They just heard it as music, and we felt as though we got away with quite a bit.”