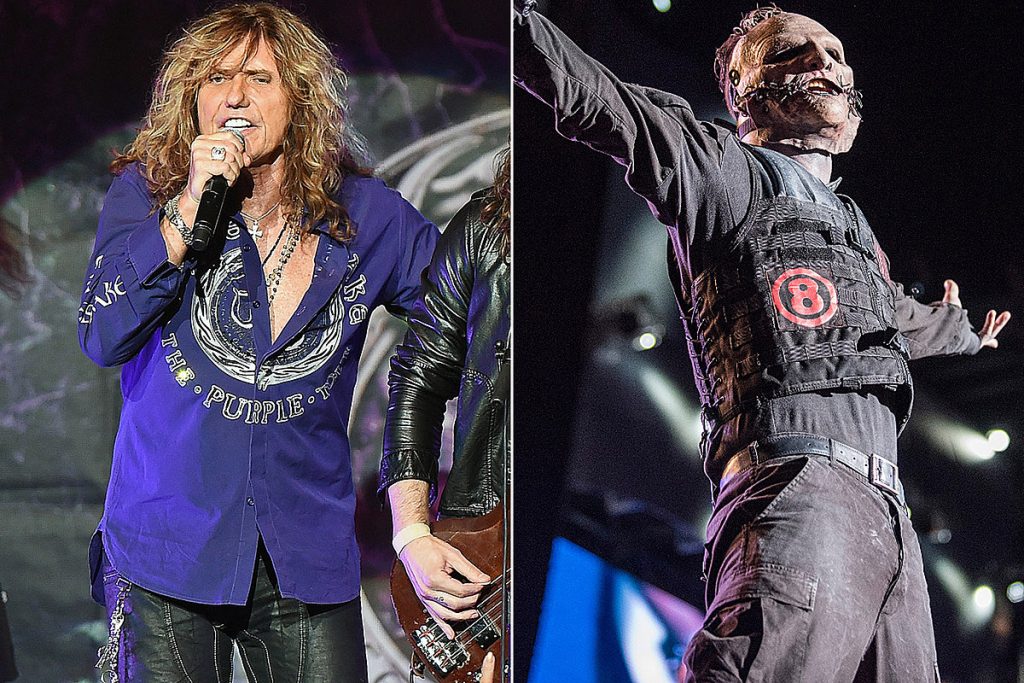 Whitesnake and Slipknot have joined the growing list of artists postponing tours due to the coronavirus outbreak.

“We regret to announce that Whitesnake’s Japan tour which had been scheduled for March has been unavoidably postponed due to the ongoing threat of the coronavirus,” David Coverdale’s band said in a Twitter post. “We deeply apologize to all parties concerned especially those customers who bought tickets and have been looking forward to the Whitesnake shows.”

Slipknot also postponed their entire upcoming Asian tour, including their two-day Knotfest Japan festival, citing “global health concerns.” Their statement notes that “while decisions like this are not easy, the safety and well-being of the band’s fans always comes first. Furthermore in this case, the bands and artists, crew and local employees are also equally effected, and as such, this was the only responsible decision that could be made.”

Both acts promised to reschedule the postponed dates as soon as possible.

These tours are just the latest events affected by the coronavirus. Last night Sons of Apollo announced they were postponing the remaining dates on their European tour due to health and travel concerns caused by the outbreak. In February, Green Day revealed that they would postpone the Asian leg of their Hella Mega tour due to safety concerns surrounding the outbreak. The trek, which was also to feature Weezer and Fall Out Boy, was originally scheduled to begin on March 8. Other artists, including pop star Mariah Carey, alt-rockers Cage the Elephant and the National and K-pop boy band BTS have cancelled similar overseas plans as the coronavirus continues to spread.

Elsewhere, a number of participants have pulled out of the annual South By Southwest festival in Austin, Texas. In addition to performers — many of whom travel from overseas for the annual music, film and tech event — several major companies have decided to pull their involvement, including Apple, Amazon, Facebook, Twitter and TikTok.

Coronavirus fears are also sending shockwaves through Hollywood. No Time to Die, the latest installation in the James Bond franchise, was scheduled to hit theaters in early April. Instead, producers and studio heads decided to hold the film back until November. Mission Impossible 7, which was scheduled to film in Venice, Italy, halted filming after the area was struck with a coronavirus outbreak. Popular reality television series The Amazing Race and The Bachelorette — both of which utilize exotic locales — have also elected to shut down production until the coronavirus pandemic is under control.

CNN reports that the virus has killed more than 3,200 people worldwide since being first identified in Wuhan, China in December of 2019. Since that time, it has spread to more than 75 countries and territories across the globe.

In the U.S.A., the number of those confirmed to be infected remains in the hundreds, with the death toll currently at 11. The government passed an $8.3 billion coronavirus response package in an effort to thwart a potential U.S. outbreak. Still, officials insist that the risk of contraction Stateside “remains low.”